The salaried class would suffer the biggest setback in the amended Finance Bill 2022 as their taxes have been increased considerably.

The impact would be seen in the salaries for the month of July 2022 to be drawn in August 2022. In the name of progressive taxation, the tax incidence has been increased in such a way that it would shock the entire salaried class. 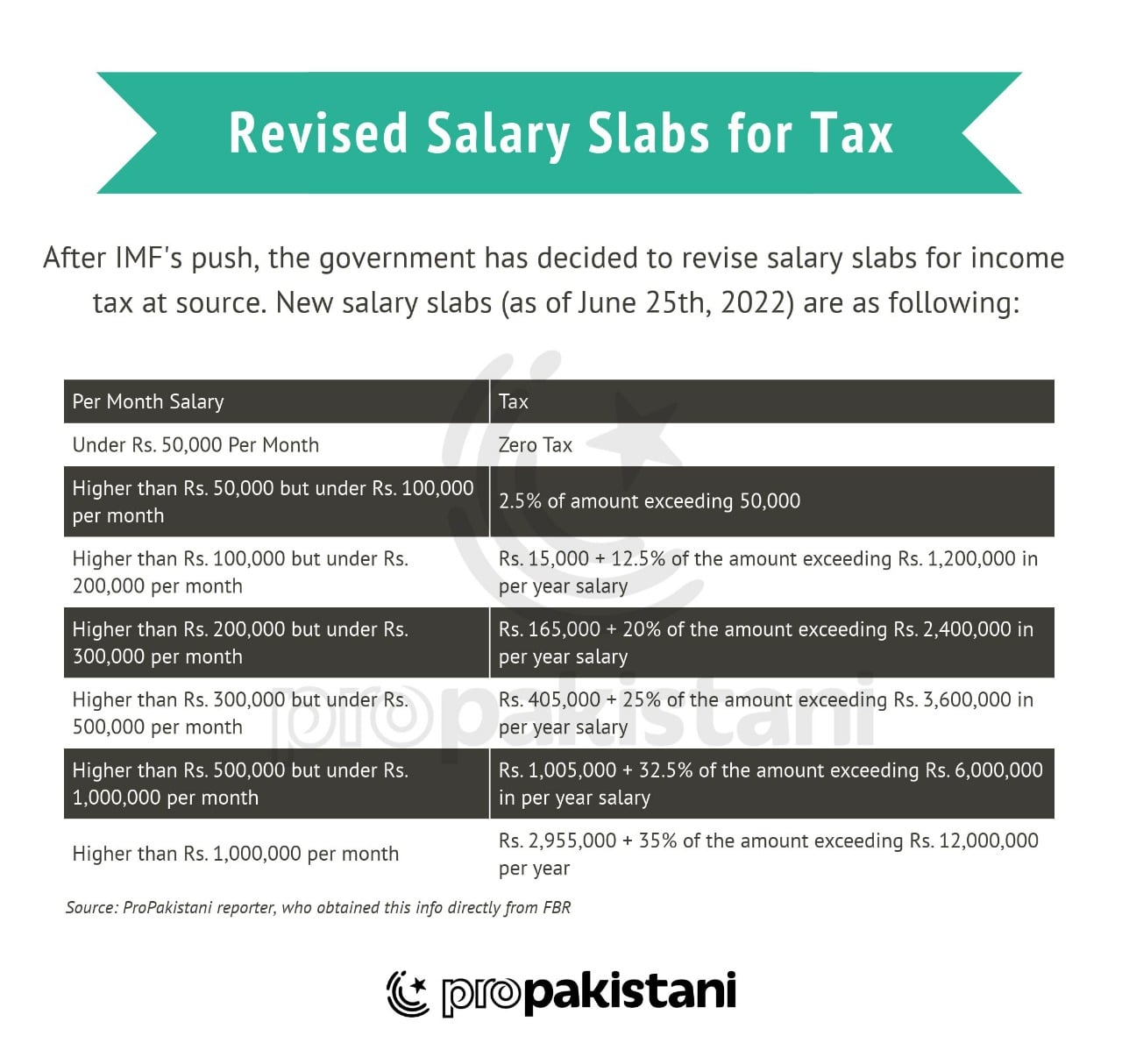 The tax relief of Rs. 47 billion given to the salaried class in the budget for the fiscal year 2022-23 has been withdrawn and additional taxes of Rs. 35 billion have been imposed on salaried individuals.

A budget maker told ProPakistani that the income tax exemption limit has been taken back to Rs. 600,000 from Rs. 1.2 million. On the other hand, the fixed tax of Rs. 100 has now been substituted with a tax slab of 2.5 percent for salaried persons having annual income within the range of Rs. 600,000 to Rs. 1.2 million.

“The new tax slabs would be a nightmare for the salaried class”, an official said on condition of anonymity.