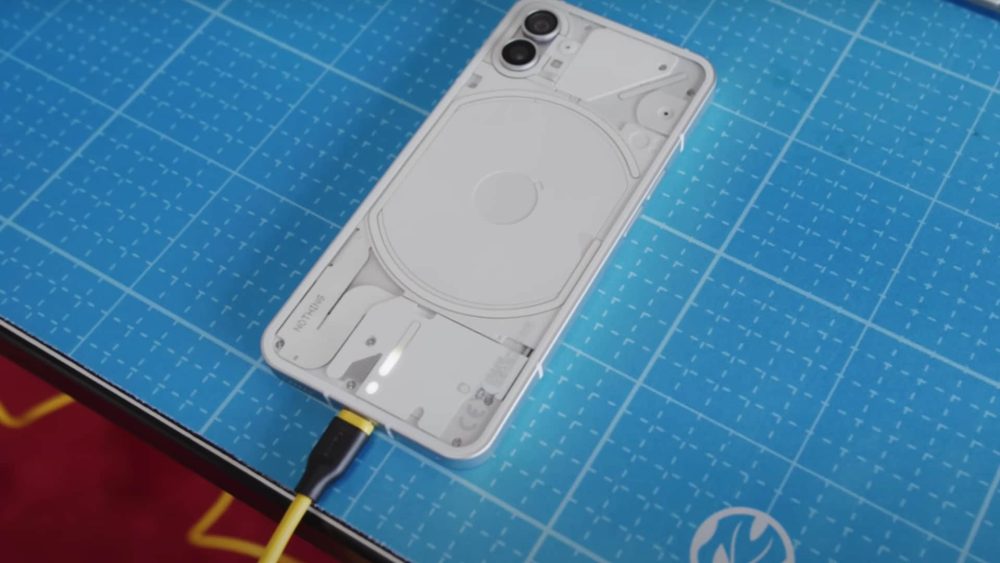 Nothing’s first phone is launching on July 12 as the company’s second product. Nothing Phone (1) comes after Nothing Ear (1) wireless earbuds and it is expected to be a mid-range device featuring last year’s Snapdragon 778G+ SoC.

The company has already revealed the phone’s design and we have also seen a hands-on video courtesy of popular tech YouTuber Marques Brownlee. Now an exclusive leak from RootMyGalaxy has revealed a possible price tag for the phone. Citing industry sources, the tech blog claims that Nothing Phone 1 will cost around $390 for the base model.

The phone will be available in three memory options including the base 8GB/128GB model, an 8GB/256GB variant, and a 12GB/256GB version. These will cost $393, $420, and $450 respectively. This is also the first time we are getting to see a black variant for the phone. Take a look at the image below. The publication has also shared some specifications. Nothing Phone 1 is expected to boast a 6.55-inch 120Hz OLED display, a 50MP main camera with a 16MP ultrawide shooter, and a 4,500 mAh battery with 45W fast charging. This will charge up the phone to 50% in only 30 minutes. There will be an in-display fingerprint reader and the phone will boot Nothing OS based on Android 12.

The phone will be announced on July 12, but sales will start at the end of the month.