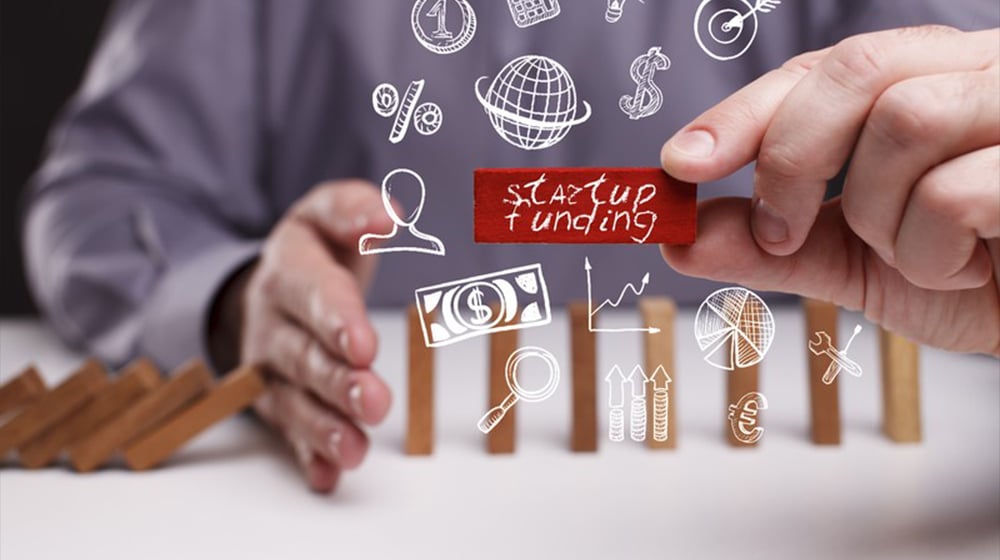 Startup funding in Pakistan decreased by 41 percent to less than $104 million during the second quarter of the calendar year (CY) 2022, compared to $177 million recorded in January-March.

According to data collected by analytics firm Data Darbar, startups raised $103.8 million in funds from a total of 22 rounds in April-June CY22. This reduced the average ticket size by 58 percent to $4.94 million, from $11.5 million the previous quarter. However, financing increased when compared to $99.2 million from April-June CY21.

Sequentially, startups raised almost $277 million in the first half of CY22, indicating a 135 percent increase from $117.6 million in the corresponding period last year. 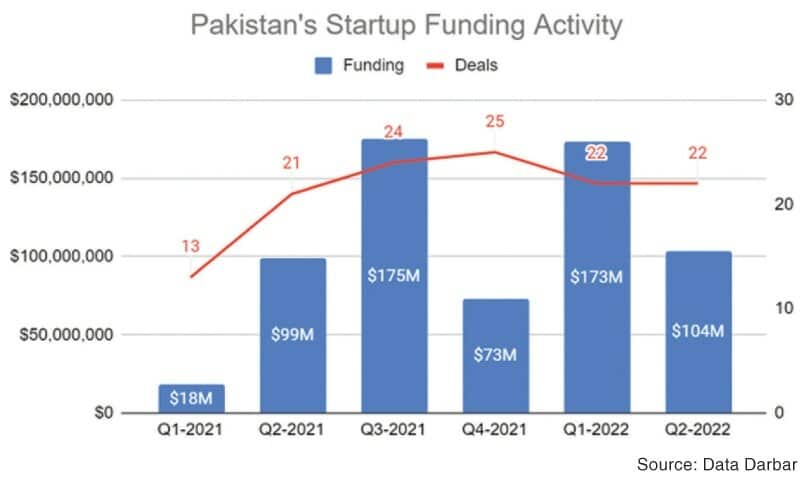 A stage-by-stage review of the financial data revealed that seed funding fell the most, from $35.9 million in the previous quarter to $19 million in April-June. This was the smallest amount at this point since the first quarter of CY21.

Series A funding fell to $54 million in the most recent quarter, down from $58.5 million in Q1. However, it increased by 52.7 percent year on year from $35.4 million recorded in the second quarter of CY21. Pre-seed investments, on the other hand, remained robust, totaling $8.2 million and up on a quarter-on-quarter (QoQ) as well as a year-on-year (YoY) basis.

Fintech startups raised $27.9 million in three deals during Q2. While the value increased both on a QoQ and YoY basis, the number of transactions was the lowest since Q1 of CY21. Meanwhile, transport and logistics came in third, bringing in $14.6 million through six rounds.

During the period in review, the business raised $10 million in a Series B round. Additionally, five rounds attracted $8.2 million in Pre-Seed funding, while seven other rounds gained over $1.1 million in Accelerator funding.

Location-wise, Karachi led the space by a wide margin. Companies in the city attracted $90.9 million over 19 deals, accounting for 87.6 percent of total investment and 81.8 percent of all deals respectively. Meanwhile, Lahore raised just $1 million in a single round (24Seven.pk), the lowest amount since 1QCY21. Meanwhile, female-founded and co-founded firms raised only one round of funding each, with $1.8 million for meqIQ and $500 million for Outclass.

Since the beginning of 2022, there have also been two exits. In the previous six months, travel firm GoZayaan purchased FindMyAdventure, while fintech ZoodPay acquired microfinance player Tez Financial Services Ltd. It is noteworthy that back in 2021, there were an identical number of departures observed in the space.

Due to cheap liquidity, global venture investments set new records in 2021. However, soaring inflation and rate hikes spoiled the mood this year, delivering a huge blow to the space and funding rounds that had been so common lately. Overall venture capital financing slowed both on a monthly and yearly basis between March and May.

The VC market crunch has caused companies to reassess their business strategies and slash expenditures. So far, 881 startups have laid off over 141K individuals, and Pakistan is no exception. Several high-profile players have announced huge layoffs and withdrawals from certain services or marketplaces in recent months. Among them are Airlift, Truck It In, Retailo, Tazah, and Swvl.