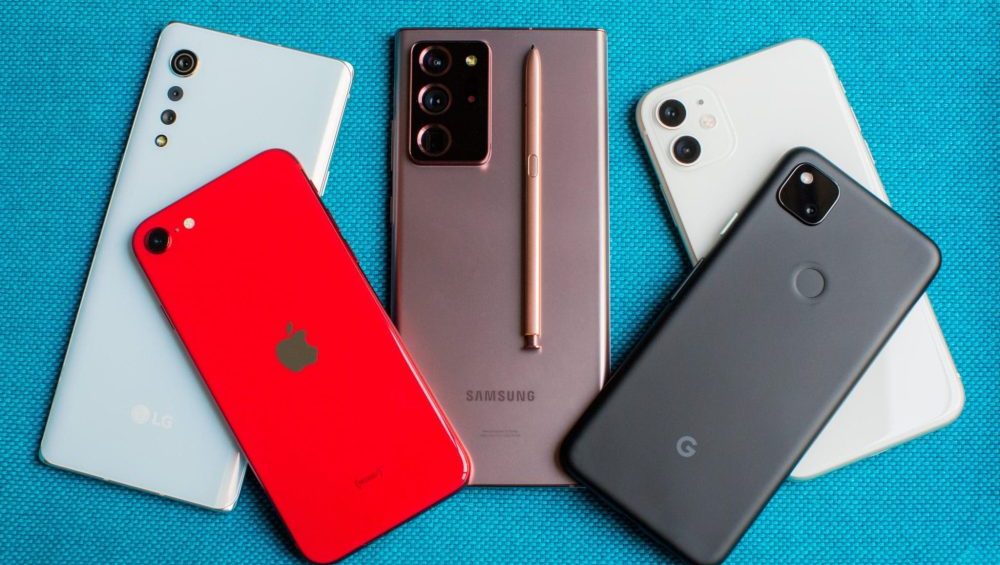 Smartphone sales dipped again this year in May after a significant decline in 2020 amid the pandemic. Although the dip wasn’t nearly as major as 2020, this is the second time sales have dropped below 100 million in the past 10 years.

Counterpoint Research says that smartphone sales dropped to 96 million in May. This is a 4% decline compared to April and 10% compared to the same period last year. Take a look at the graph below. 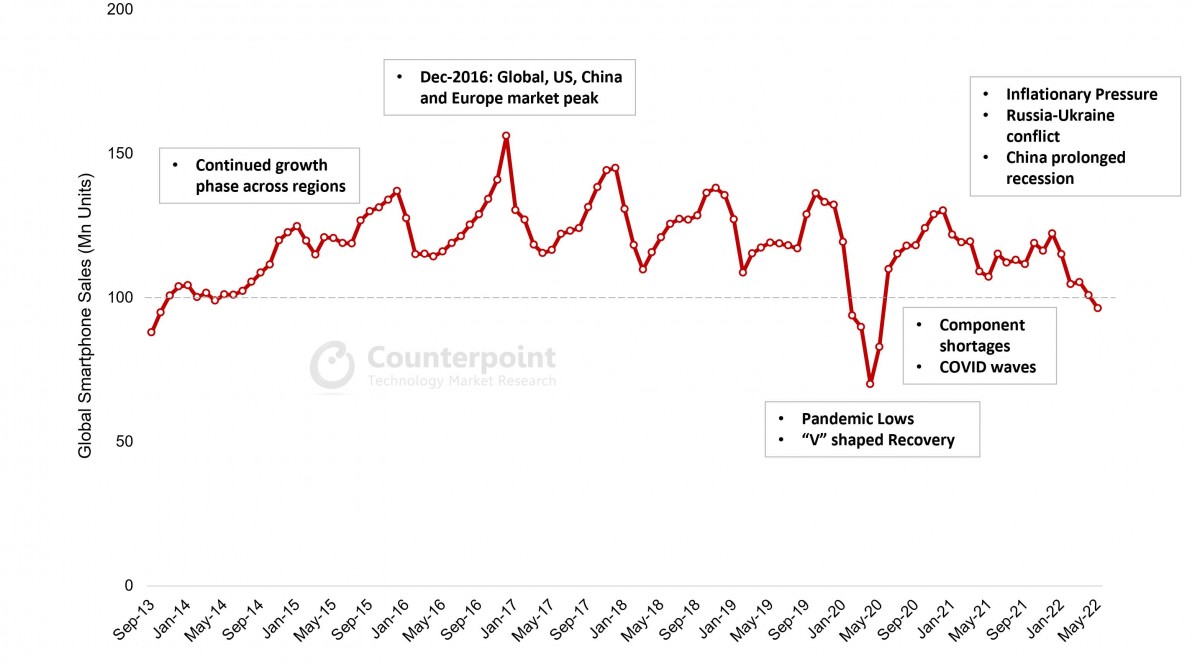 The 96 million is the second consecutive monthly decline and there are a number of reasons why. Although supply chain issues have stabilized, the ongoing Russia-Ukraine conflict and the prolonged recession in China are hindering growth in smartphone sales. The global inflationary pressure is not helping either.

There’s also the fact that China is still under COVID lockdowns. Smartphone factories are either completely shut down or are working at half capacity. This has caused production issues for multiple Apple suppliers, which may result in a delay in iPhone 14’s launch, but none of these reports have been confirmed yet.

The iPhone 14 lineup is expected to debut in October alongside the new iPads. All other smartphone launches appear to be on track. There are multiple major launches planned for this month and there have been no delays in sight so far.