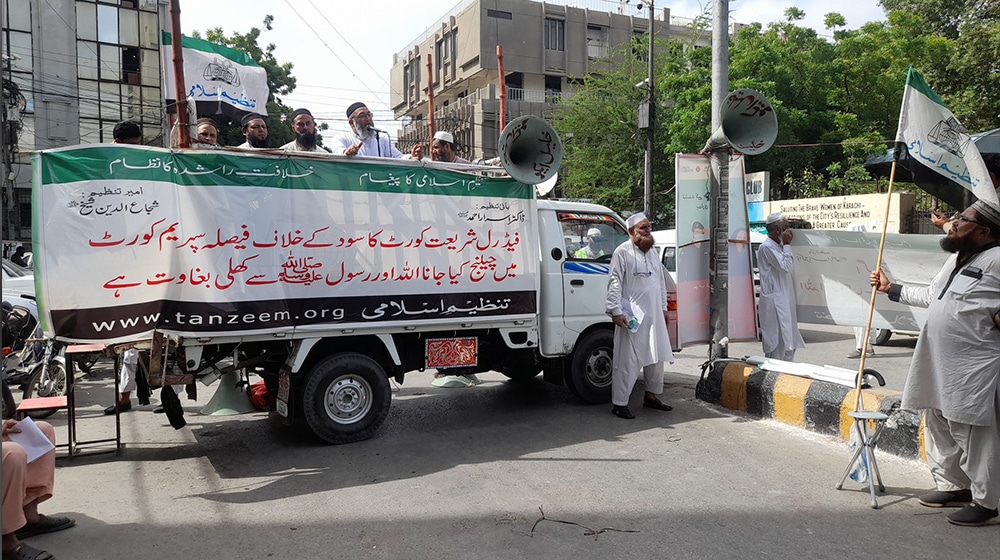 A section of emotionally-charged customers is switching their bank accounts to Islamic banks from four banks including HBL, UBL, NBP, and MCB Bank as a protest against their move to file a review petition in the Supreme Court of Pakistan on the case of Riba-based economy.

If 10 accounts were opened on a daily basis at our branch, the number has increased to 13-14 accounts these days with the majority of the people being customers of conventional banks, said a branch manager of an Islamic bank near Karachi Press Club.

In addition to new accounts, the number of queries on a daily basis related to accounts has increased as individuals and companies want to switch their bank accounts from conventional banks to our Islamic bank, he said.

It is pertinent to mention that the Federal Shariat Court ruled against the Riba-based economy in April asking the government to enforce the Islamic banking system across the country within five years. The verdict was announced after a period of two decades after comprehensive discussions with economic experts, religious leaders, and various stakeholders.

In June, the State Bank of Pakistan along with four major banks—HBL, UBL, MCB Bank, and NBP—filed a review petition in the Supreme Court of Pakistan against the case.

Renowned religious leaders including Mufti Taqi Usman and Mufti Muneeb-ur-Rahman appealed to the public for boycotting the banking services of commercial banks that went against the teachings of Islam.

The reaction of the customers is visible against these banks as the number of customers applying for bank accounts in Islamic banks is on the rise, said another bank official working at a branch of an Islamic bank at Rashid Minhas Road. Activists and supporters of the two religious organizations, Jamaat-e-Islami and Tanzeem-e-Islami, which filed the case against Riba are also switching their banks on the appeal of their leaders, he added.

A number of posts were seen on different social media platforms against the case, with videos of customers setting fire to the cheque books of these banks, and appealing others to boycott conventional banks.

Islamic banking in Pakistan has flourished in Pakistan during the last two decades. In 2014, the State Bank of Pakistan (SBP) conducted a survey study Knowledge, Attitudes, and Practices (KAP) across the country with the input of 1000 households of different income groups

According to the KAP study, among 10,000 households, 74 percent said “yes” on the willingness to switch to Islamic Banking while 17 percent were not sure.