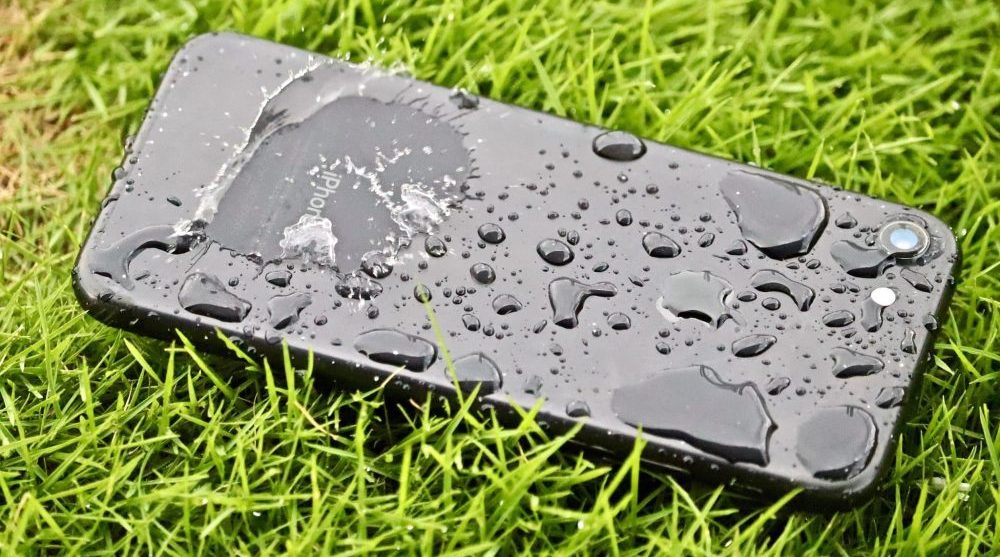 However, it appears that Apple is working on a solution to this problem as shown through a recently uncovered patent. A new Apple patent was filed with the US Patent and Trademark Office (USPTO) that has just been published. It shows a new technology that would allow you to use an iPhone in the rain or underwater. According to the patent description, future iPhones could adapt to moisture levels and adjust the screen’s touch response, control buttons, and sensors. The pressure and moisture sensors will help identify false touches on the screen caused by liquids. The on-screen controls will adjust by moving apart, changing size, or disappearing entirely.

The capacitive display would change into a pressure-sensitive screen similar to Apple’s discarded Force Touch and 3D Touch technologies. This means that you will have to press the screen harder than usual once it’s wet. The phone will also show you the current depth of the device and tell you to keep it within the limits of water resistance.

The camera app will also be designed to work better underwater. For instance, some buttons will be automatically removed from the UI so they can’t be activated while others will become extra large so they are easier to use.

It is worth mentioning that this is only a patent filing and not all of them make it to the market, so we recommend taking this information with a pinch of salt.