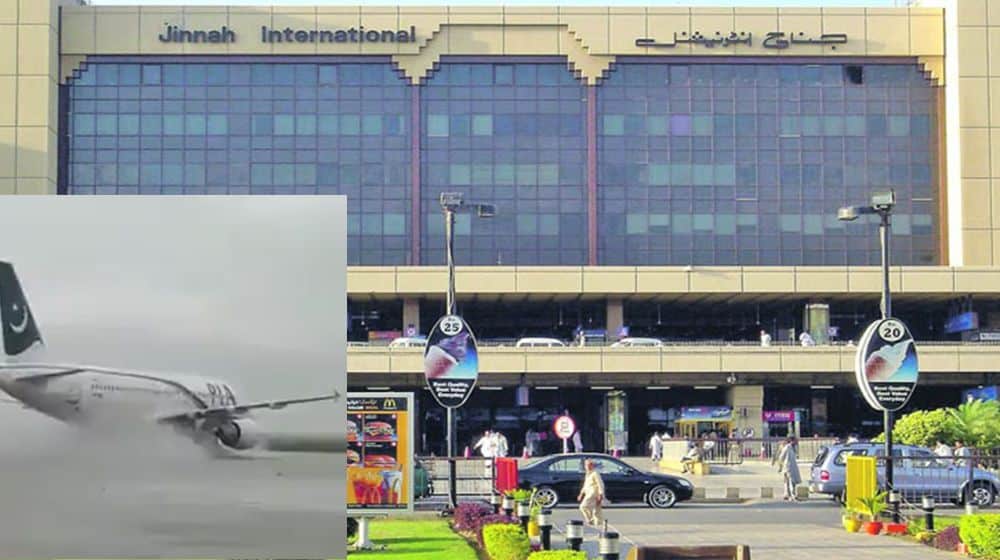 The citizens of the provincial capital continuously uploaded videos of the heavy downpour on different social media platforms to share their miseries.

Former Federal Minister for Information and Broadcasting, Fawad Chaudhry, also took to Twitter and shared a video to highlight the plight of the residents of the country’s most populous city during the recent rainfall spell.

In the 14-second video, a PIA plane can be seen landing on an inundated runway of the Karachi airport. The video received over 13,000 likes and around 7,000 retweets. It was also shared on different TV channels.

ALSO READ
Toyota IMC to Shut Down Production for 7 Days This Month: Report

However, the video has turned out to be old as the Civil Aviation Authority (CAA) has clarified that the situation at Karachi’s Jinnah International Airport during the recent torrential downpour remained normal as its drainage system worked without choking.

An old video is being flushed around on social media that shows an airplane moving on a runway covered in water. Please note that this is an old video, nearly 3-year old, and does not depict the present situation at Karachi's JIAP, which is normal, with drains working normally. pic.twitter.com/wcM5VmQbFg

To recall, the video was originally recorded in August 2020 when continuous heavy monsoon downpour choked the provincial capital, killing over 40 people in different rain-related incidents.