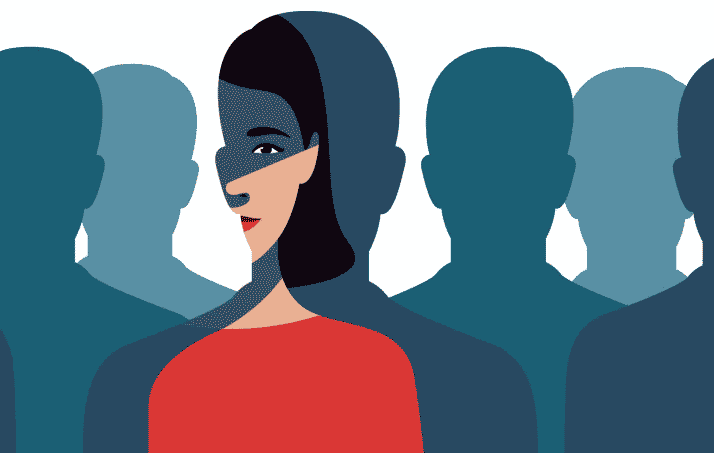 Pakistan is the second-worst country in terms of gender parity, ranking 145 out of 146 states in the survey pool. 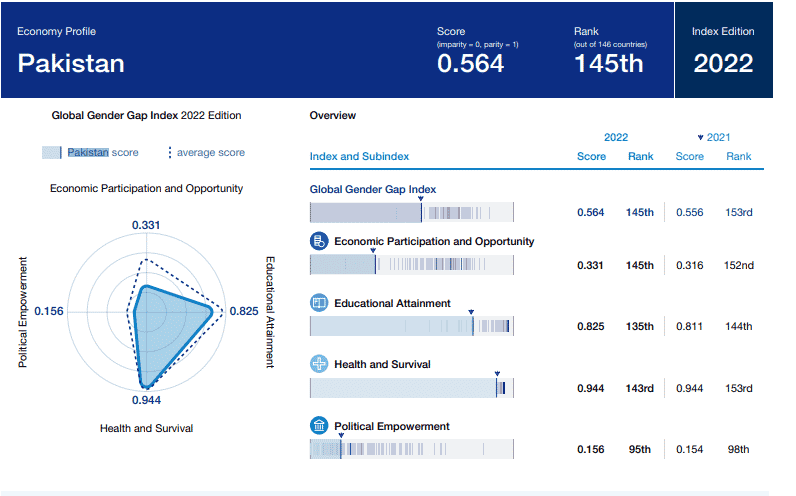 Overall, the survey evaluates 146 nations, with the top five being Iceland, Finland, Norway, New Zealand, and Sweden, and the worst five being Afghanistan, Pakistan, the Democratic Republic of the Congo, Iran, and Chad.

Contained inside, the world's most gender-equal countries, where the gap still needs closing, and the actions being taken to do so.

According to the survey, Pakistan is among five countries with a gender gap larger than 5 percent alongside Qatar, Azerbaijan, China, and India. While the country has made “significant improvement” across various indicators of the report, it ranked 145 on economic participation and opportunity, 143 on health and survival, 135 on educational attainment, and 95 on political participation.

Pakistan is the country where women have the smallest share of senior, managerial and legislative roles (4.5 percent), compared to Jamaica, where women represent 56.6 percent of workers in that category, or Togo, which has the highest share of women in senior roles, at 70.1 percent. Women were less than 18 percent of professional and technical workers in Chad, compared to 41 percent in Rwanda or 70 percent in Belarus, the report added.

Amir Jahangir, Chief Executive Officer Mishal Pakistan and Country Partner Institute of the Centre for the New Economy and Society, World Economic Forum, said, “the data for Pakistan is being contributed through the Executive Opinion Survey being carried out by Mishal Pakistan annually. The Global Gender Gap Report benchmarks the current state and evolution of gender parity across four key dimensions, Economic Participation and Opportunity, Educational Attainment, Health and Survival, and Political Empowerment”.

However, it is worth noting that women’s labor-force participation declined by 1.9 percentage points in 2022, while both shares of men and women workers in senior and professional categories saw a downturn.

“The cost of living crisis is impacting women disproportionately after the shock of labor market losses during the pandemic and the continued inadequacy of care infrastructure. In face of a weak recovery, government and business must make two sets of efforts: targeted policies to support women’s return to the workforce and women’s talent development in the industries of the future. Otherwise, we risk eroding the gains of the last decades permanently and losing out on the future economic returns of diversity,” says Saadia Zahidi, Managing Director at the World Economic Forum.

The Educational Attainment subindex shows most scores near parity but with increasing dispersion between countries towards the bottom of the range. On this dimension, Pakistan is among 16 countries that reported gender gaps larger than 10 percentage points.

The Health and Survival subindex demonstrates the most egalitarian overall performance, with the least amount of dispersion and the smallest reported global gender gap. In this dimension, most countries are positioned near parity, with attainment levels between 93 percent and 98 percent. Across the entire index, 141 countries across all regions have closed at least 95 percent of their Health gender gaps, although no countries register parity in 2022. The five countries with gender gaps larger than 5 percent are Qatar, Pakistan, Azerbaijan, China, and India.

Pakistan also ranked as the second-worst country in the region in terms of women’s role in participation and opportunity. On the basis of regional statistics, Bangladesh, which is ranked 71 worldwide, is the top country in the region, followed by Nepal, Sri Lanka, Maldives, Bhutan, India, Iran, Pakistan, and Afghanistan. 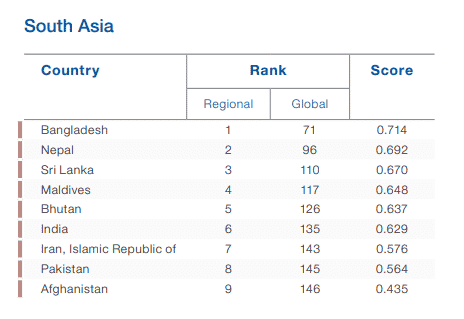 According to the research, South Asia has the biggest gender gap in the economic participation and opportunity subindex, having closed only 35.7 percent of it. While the aggregate score increased from the previous year, significant national divergences reduced South Asia’s standing among regions.

For example, an increase in the share of women in professional and technical roles was most notable in Nepal, Bangladesh, and India. On the other hand, the shares in Iran, Pakistan, and the Maldives regressed, with less impact on overall regional performance.

The region has one of the lowest regional gender parity ratings for the health and survival subindex, at 94.2 percent. In this subindex, only Sri Lanka has closed its gender gap, while Afghanistan, Pakistan, and India are among the worst-performing countries globally.

The sex ratio at birth remains relatively low in large, populated countries such as India and Pakistan, whereas Bangladesh, Bhutan, Iran, and Sri Lanka have reached parity.

In closing, the report noted gender gaps remain a critical driver of national prosperity. Countries that invest in all of their human capital and make it easier for their populations to balance work and family life tend to be more prosperous. “We find a positive relationship between gender parity and per capita income when comparing the Global Gender Gap Index and GDP per capita”. 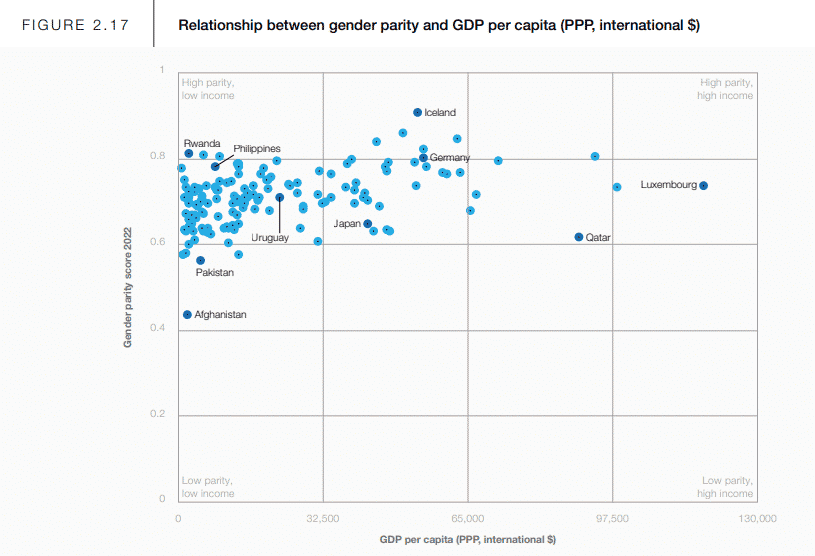 It added, “While the relationship does not show causality, regardless of current income level, countries should invest in closing gender gaps in access, resources and opportunities. With an increasingly uncertain economic outlook, unleashing the creativity and dynamism of a country’s entire human capital is critical to overcoming the current crises and accelerating a recovery”.