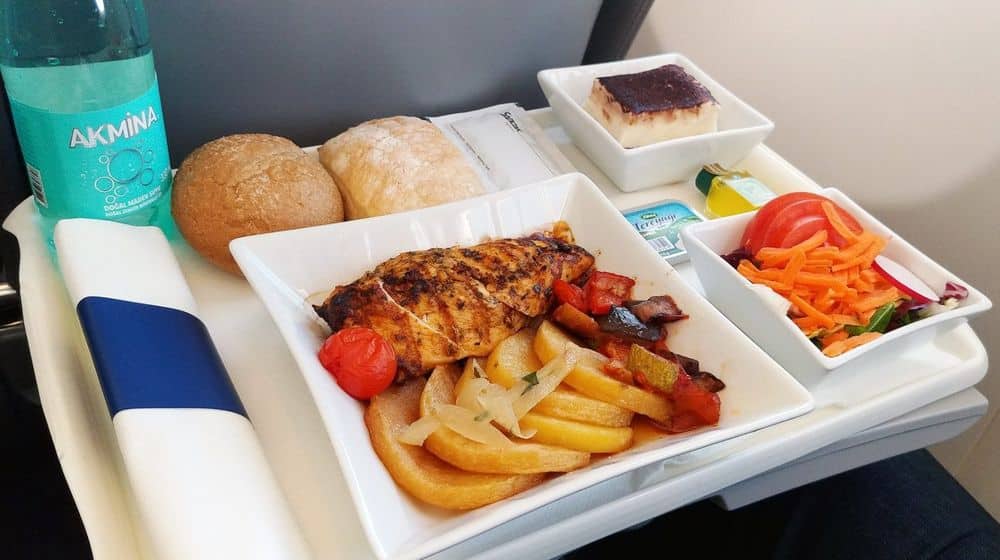 A video of a flight attendant discovering a severed snake head in her in-flight meal has gone viral, pushing the airline to suspend its contract with the catering company.

As per the details, the incident in the video occurred on a Germany-bound SunExpress flight — a Turkish-German airline. The flight attendant claimed that the cabin crew was having lunch when she noticed a severed head in the meal consisting of potatoes and vegetables.

Snake Salad! Snake head found in the food given to the flight crew on a Sunexpress Ankara-Düsseldorf flight. https://t.co/YbNrVCpXiE pic.twitter.com/PMqfporE9a

The catering company reportedly dismissed the claims and issued a statement detailing that its top priority is providing the highest quality services to guests and employees.

It said, “With more than 30 years of experience in the aviation industry, it is our top priority that the services we provide to our guests on our aircraft are of the highest quality and that both our guests and employees have a comfortable and safe flight experience”.

Regardless, the airline has suspended its contract and has launched an investigation.