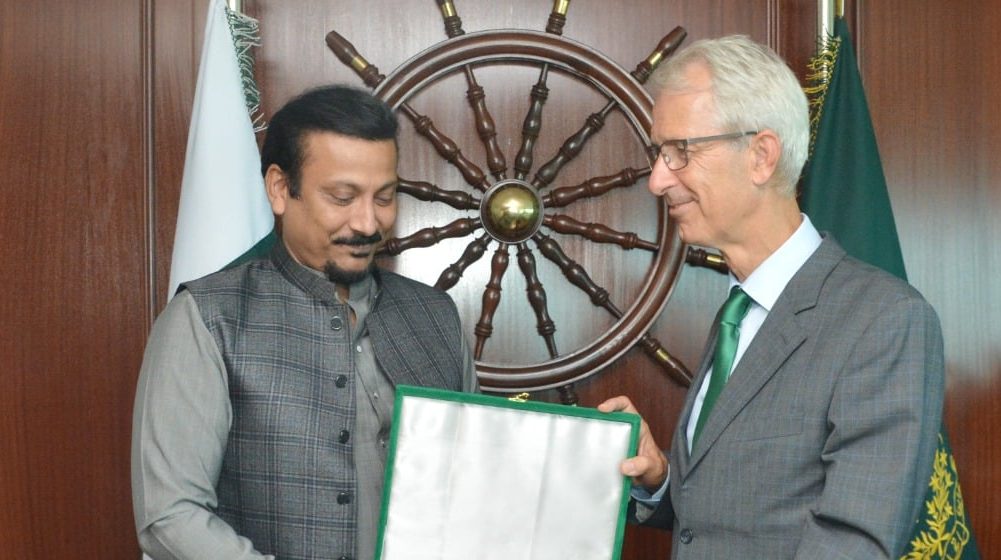 Ambassador of the Netherlands to Pakistan Wouter Plomp Monday spoke about the interest of Dutch Investors in the maritime sector of Pakistan to gain mutual benefits.

Matters of mutual interest were discussed in the meeting. The envoy spoke about the interest of Dutch Investors in the maritime sector of Pakistan to gain immense mutual benefits which was appreciated by the minister.

The ambassador appreciated the recent soft launch of the Pakistan International Maritime Expo and Conference (PIMEC) project on which the minister apprised him of the idea and concept of the PIMEC and stated that the Ministry of Maritime Affairs is the patron while Pakistan Navy is the executor of the idea and it would open a great opportunity for the Dutch investors and exhibitors as well.

The envoy expressed his desire of getting investment opportunities in Gwadar port which was duly acknowledged and complete assurance in this regard was given by both the minister and the federal secretary.