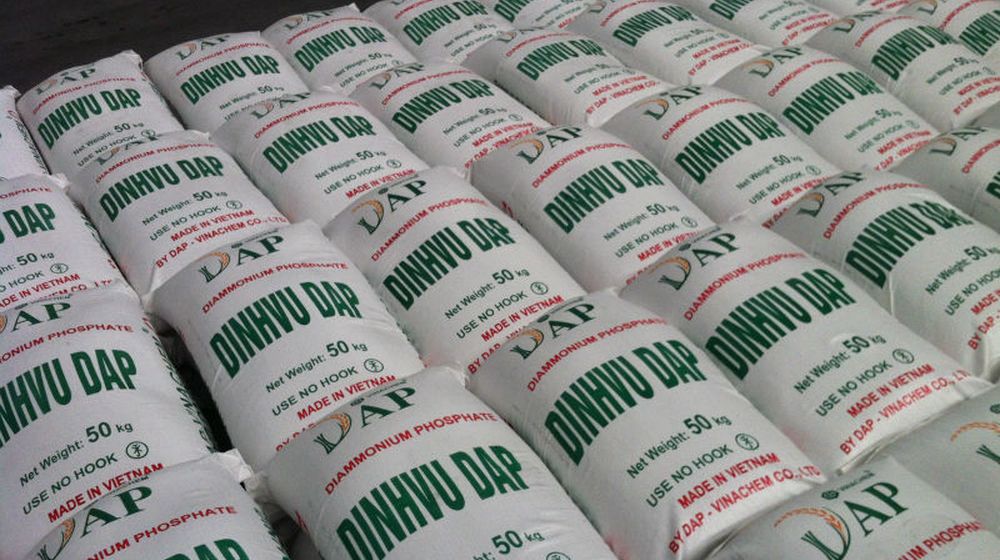 The Government of Pakistan has increased the price of diammonium phosphate (DAP) by Rs. 1,000 per bag.

According to the new prices, a DAP bag will be sold at Rs. 14,843 for non-tax filers, whereas the prices will be slightly lower for tax filers at Rs. 14,776 per bag.

Since January 2022, DAP prices have approximately increased by Rs. 6,000 per bag, leading to a decline in its sales as farmers have switched to urea.

According to the National Fertiliser Development Centre (NFDC), the urea offtake in June 2022 had increased by 7 percent to 737,000 tons compared to June 2021. Farmers see urea as a better substitute for DAP due to the high prices of the latter.

According to experts, despite the increase of Rs. 350 per bag in the prices of urea, the sales were not affected as it constitutes only 7-8 percent of expenses incurred per acre of wheat at the current price of Rs. 2,200 per bag.

The Express Tribune had reported that due to urea being the cheaper and a better option, many fertilizer companies had seen a hike in the offtake of urea and a decline in sales of DAP. Fauji Fertilizer Bin Qasim (FFBL) reported an increase of 35 percent in urea offtakes, followed by Fauji Fertilizer Company (FFC) with 14 percent and Agritech Limited (AGL) 2 percent increase.

Earlier, President Pakistan Kisan Ittehad, Khalid Mahmood Khokhar, had said that lower application of DAP by farmers due to its high prices in the upcoming Rabi wheat crop could reduce wheat production by at least 20 percent, which translates into a loss of around 5.4 million tons in production.

He had also suggested the government provide subsidies directly to farmers for increasing the use of DAP, at least 50 percent of DAP price.