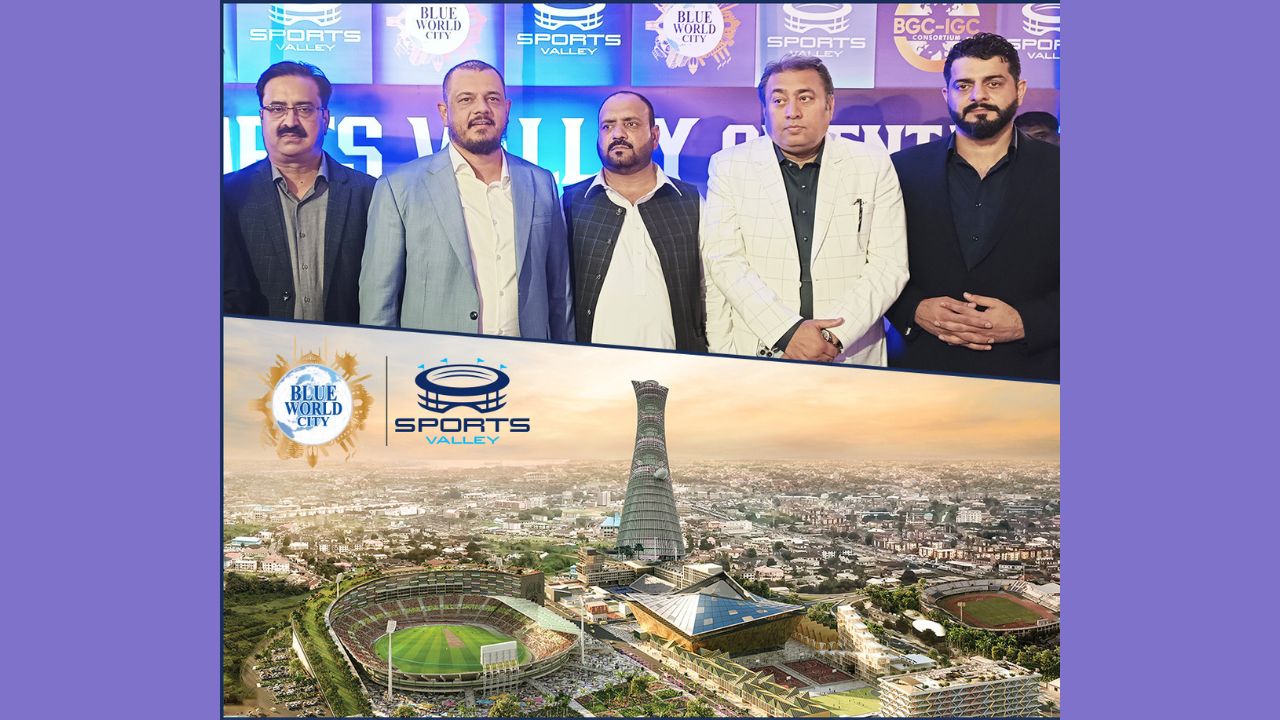 An orientation ceremony of Blue World City’s Sports Valley was held in the twin cities, in which Chairman Blue World City –  Saad Nazir, CEO – Chaudhry Nadeem Ijaz, accompanied by the higher management of Blue World City and a significant number of real estate dealers and investors of Rawalpindi-Islamabad, participated.

In the orientation ceremony of Sports Valley, the participants were briefed about the unique features, modern facilities, and amenities that this block will offer. On this occasion, Blue World City also announced to introduce the “Pakistan’s Largest Cricket Stadium” in Sports Valley along with high-rise commercial complexes.

During the event, Aab-e-Zamzam and Ajwa dates were served to the guests with respect to BWC management’s arrival from Hajj-e-Akbar 2022.

Talking to the media on this occasion, Chairman Blue World City, Saad Nazir, said, “We are introducing a world-class Sports Valley in the World’s first purpose-built tourist city, which will prove to be a revolution in the Pakistani real estate market and will promote the domestic as well as international sports activities.”

“The most prominent feature of Sports Valley is Pakistan’s largest cricket stadium with a sitting capacity of over fifty-five thousand spectators. The stadium will be surrounded by high-rise commercial and residential apartment buildings from where the residents will be able to watch the ongoing matches live from their terraces and rooftops,” he added.

He further stated, “Blue World City is trying to develop the Pakistani real estate market in an innovative and modern fashion by introducing world-class features.”

He added, “Sports Valley will also be equipped with the replica of Blue Mosque Istanbul which will help to promote tourism in the region. He further added, by introducing unique and innovative projects in the country’s real estate market, we want to take it on the path of development in line with the global standards.”