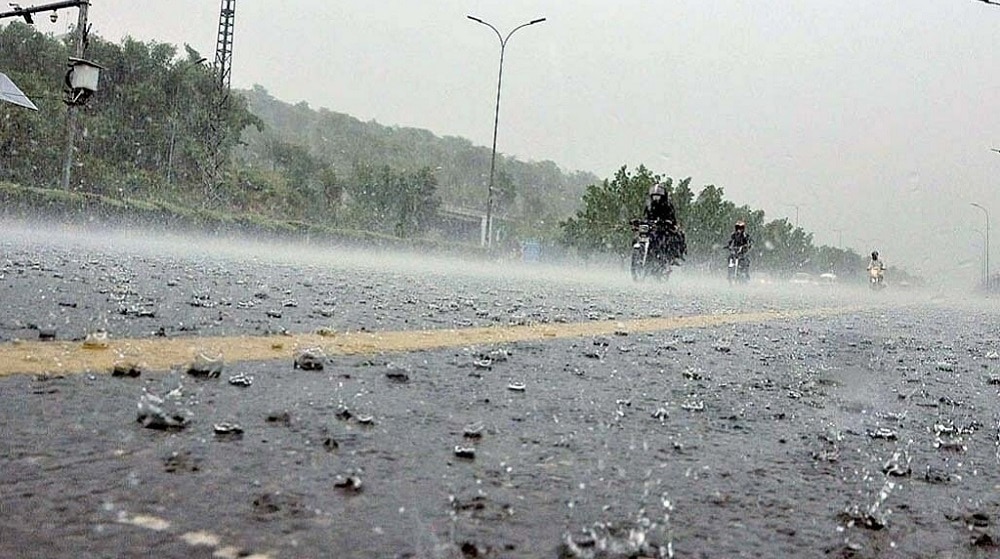 Monsoon rainfall is set to return from tomorrow as more torrential downpour is expected all over the country till next weekend, the Pakistan Meteorological Department (PMD) has predicted.

According to the latest PMD advisory, monsoon currents are continuously entering the country, resulting in rainfall from 6 to 13 August. These currents are likely to intensify from 10 August.

Under the influence of this weather system, isolated heavy rainfall along with wind and thunderstorms is expected in Islamabad, northeast Punjab, upper KP, AJK, eastern Balochistan, and southeastern Sindh from 6 to 9 August with occasional gaps.

From 10 to 13 August, scattered heavy rainfall along with wind and thunderstorms is expected in Islamabad, Punjab, Sindh, Balochistan, KP, AJK, and GB with occasional gaps.

Furthermore, urban flooding is expected in Islamabad, Rawalpindi, Peshawar, Nowshera, Mardan, Faisalabad, Lahore, and Gujranwala on 8 and 10 to 12 August.

The water level in the catchment areas of the Ravi, Jhelum, and Chenab rivers may rise due to heavy rainfall during the forecast period.

All provincial disaster management authorities (PDMAs) have been advised to take necessary measures to prevent the loss of life and property while tourists have been cautioned against visiting these areas during the forecast period.