The Pakistani Rupee (PKR) maintained its positive growth against the US Dollar (USD) and posted big gains during intraday trade today.

It appreciated by 0.94 percent against the USD and closed at Rs. 224.04 after gaining Rs. 2.11 in the interbank market today. The local unit quoted an intra-day high of Rs. 221.25 against the USD during today’s open market session. 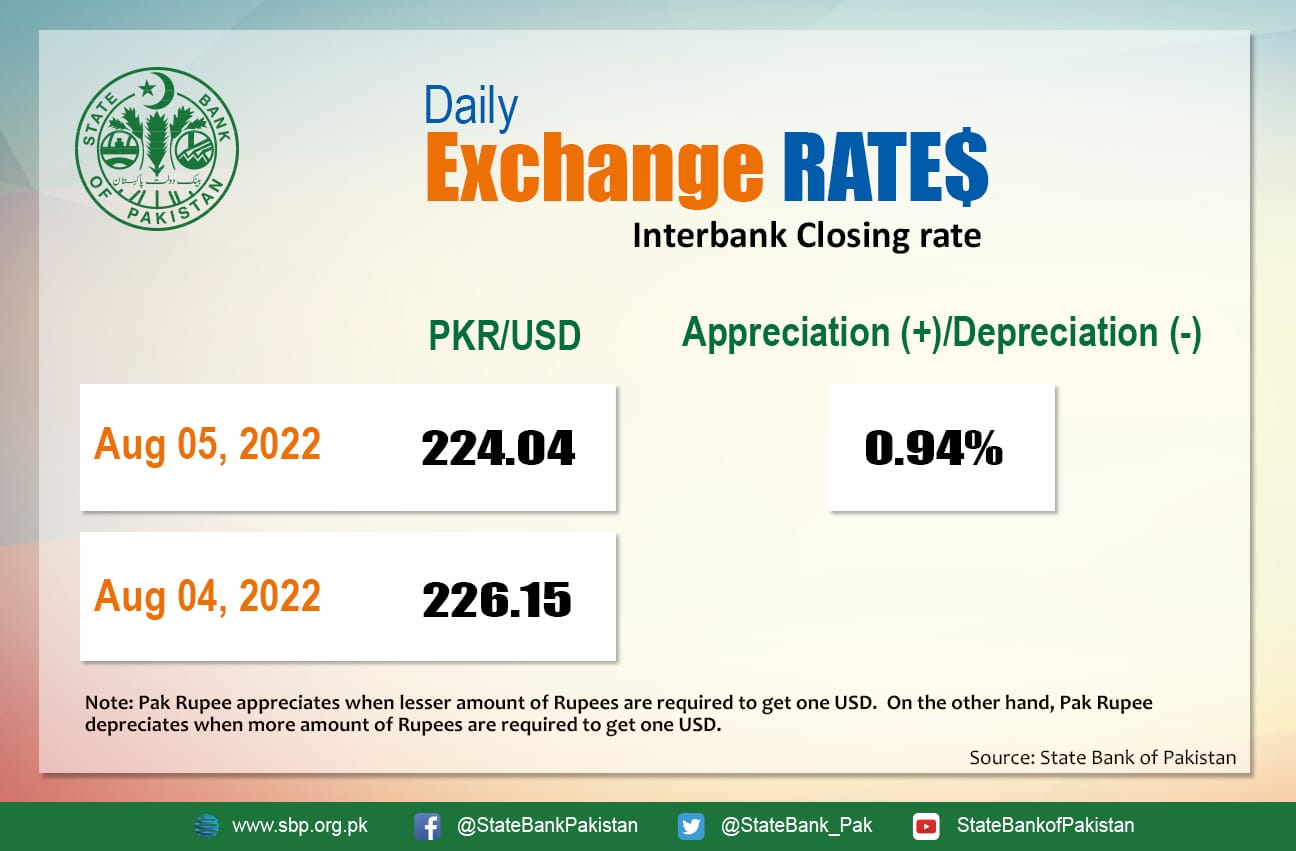 The rupee closed in the green for the sixth consecutive day on Friday as the country cautiously recovers from the currency crisis amid renewed optimism for the International Monetary Fund’s (IMF) loan program. The lender’s comments, soft dollar demand from importers, and USD selling by exporters all helped support the PKR.

Moreover, total imports fell to $4.9 billion in July 2022 from $7.9 billion the previous month, according to the Pakistan Bureau of Statistics. Imports were down due to a limit on certain commodities and decreasing petroleum imports.

The local unit recorded its highest gain in absolute terms on 3 August (PKR 9.59; 4.19 percent) against the greenback. Overall, on a calendar year-to-date (CYTD) basis, the PKR is down by 21.21 percent. Since CY21’s high on 14 May, it is still down by 32.03 percent. The rupee fell drastically in July, reaching a record low of 239.94 on July 28. However, it has shifted gears since July 29 and its value has climbed significantly.

Globally, oil prices dropped on Friday and are near their lowest levels since February 2022 as concerns over a possible recession and a decline in fuel demand continued to rattle markets. 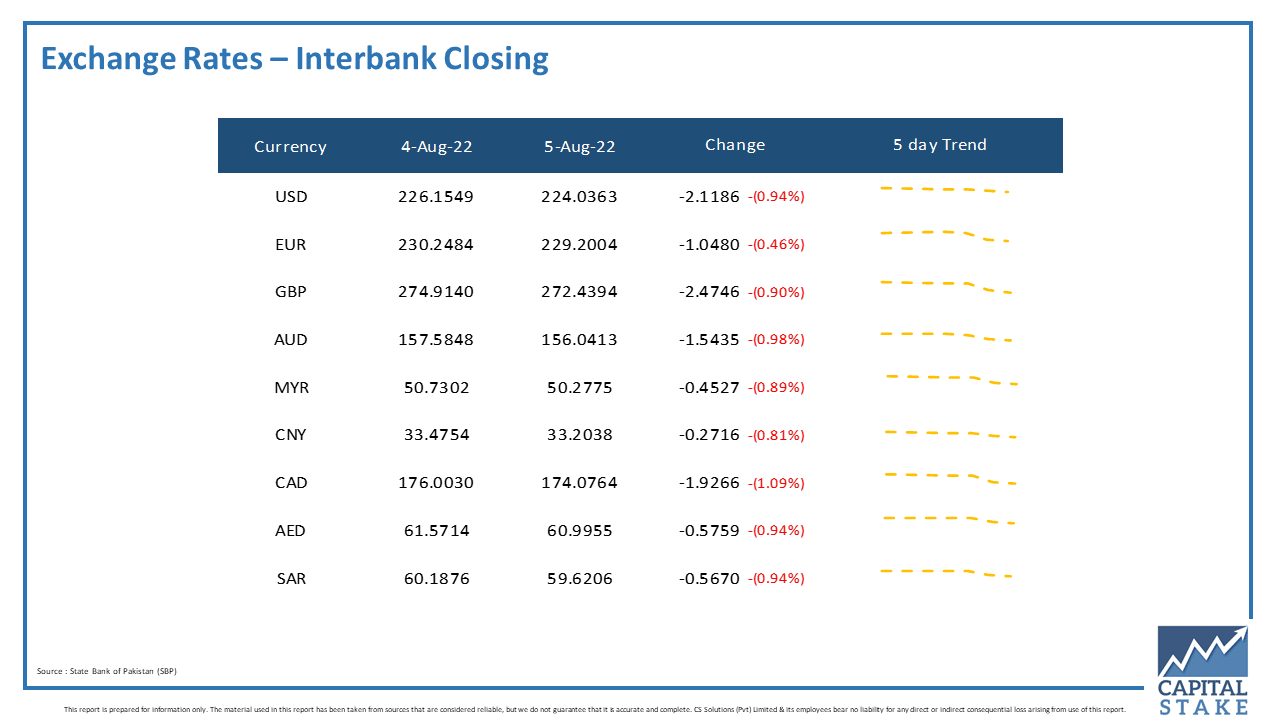 Moreover, it gained Rs. 1.04 against the Euro (EUR) in today’s interbank currency market.