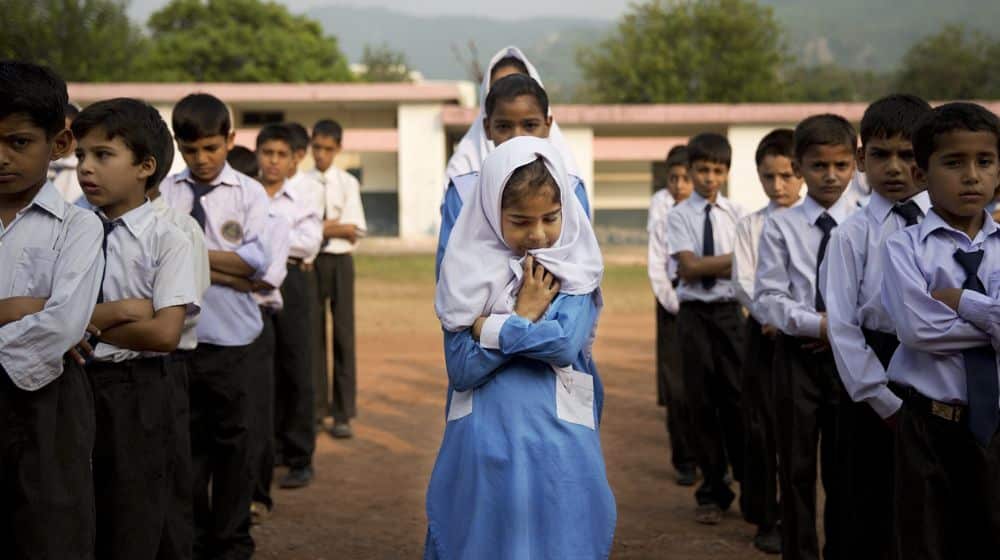 The Government of Khyber Pakhtunkhwa (KP) has decided to extend the summer vacations for public and private schools until 31 August on account of the intense heatwave in the province.

ALSO READ
Intermediate Exam Postponed Due to Rain in Karachi

Accordingly, the extension is only applicable to students in classes up to 10 in all government and private educational institutes.

The Deputy Secretary explained in the statement that the extended vacation will be adjusted so that it does affect the academic calendar of the current academic session, and extra classes will also be conducted when necessary after the schools are reopened.

Here is the notification regarding the extension: 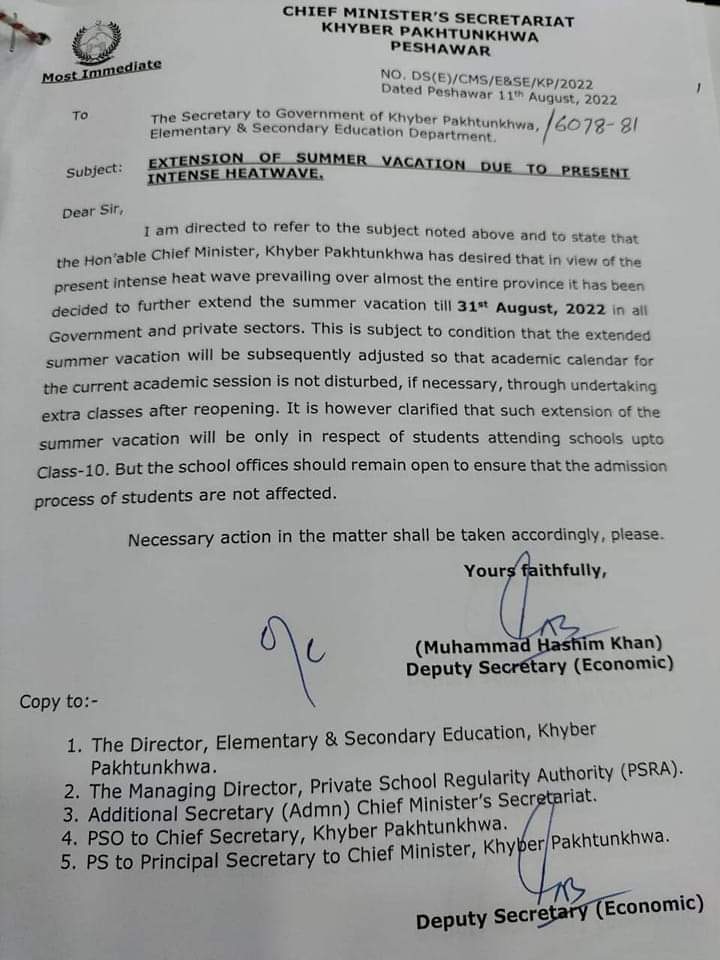 Similarly, the Education Department of Balochistan had previously announced an extension of the summer holidays for the schools and other educational institutes located in the summer zone of the province.

A notification in this regard was issued by the Secretary Secondary Education of the Province’s Education Department, detailing that the break has been extended to 14 August due to floods and severe downpours across the province.

The decision was made in consideration of the torrential rains and flash floods that caused a great deal of destruction in various parts of the province, and the deaths of about 136 people.