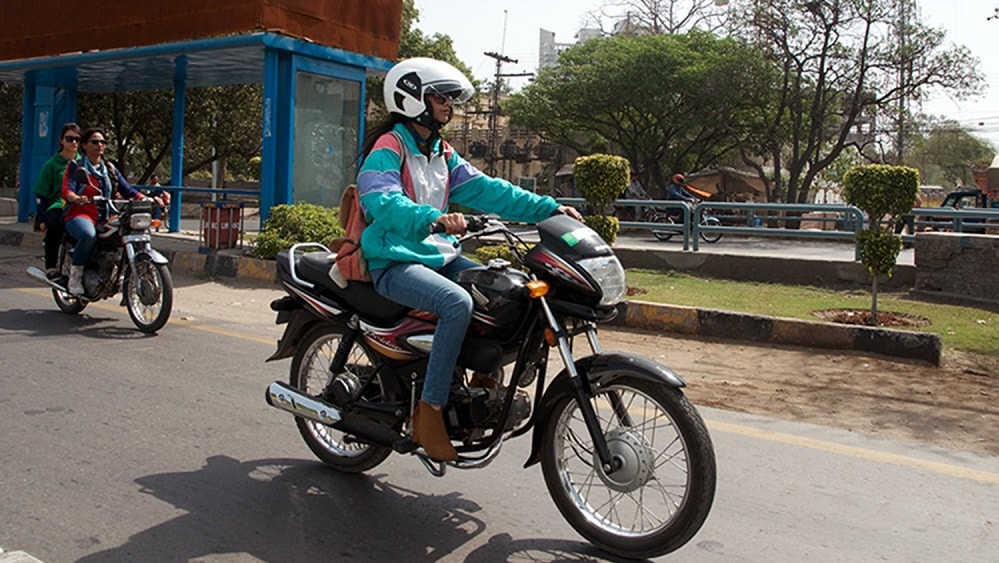 The Sindh government is offering motorcycle riding lessons to female students from government colleges across the province.

According to a media report, College Education Department has asked government colleges for a list of female students who wish to drive bikes. The department will collaborate with Sindh Women’s Development department to give driving lessons to female students.

This will instill independence among the young women of Pakistan and alleviate the economic pressures on them and their families, the officials highlighted.

Even though this sounds like a good initiative on paper, it might not be successful as most conservative households will not let their daughters commute on bikes due to the dangerous road/driving conditions. It’s also due to the fact that the crime rate is pretty high in the provincial capital and they’re very likely to get the bikes stolen or get robbed themselves.

We’ll have to wait and see how the public responds to this initiative.

In a similar effort two months ago, the Punjab government proposed providing electric scooters to female teachers in public schools across the province. A media report stated that the administration suggested it as a pilot project for the new fiscal budget.

The proposal pitched the Department of School Education to oversee each aspect of the project, which will only offer electric scooters to female teachers working in government schools. This will not only make transport convenient for them, but it will also reduce fuel costs.

This initiative is yet to witness a tangible follow-up as the provincial governments battle inflationary concerns.