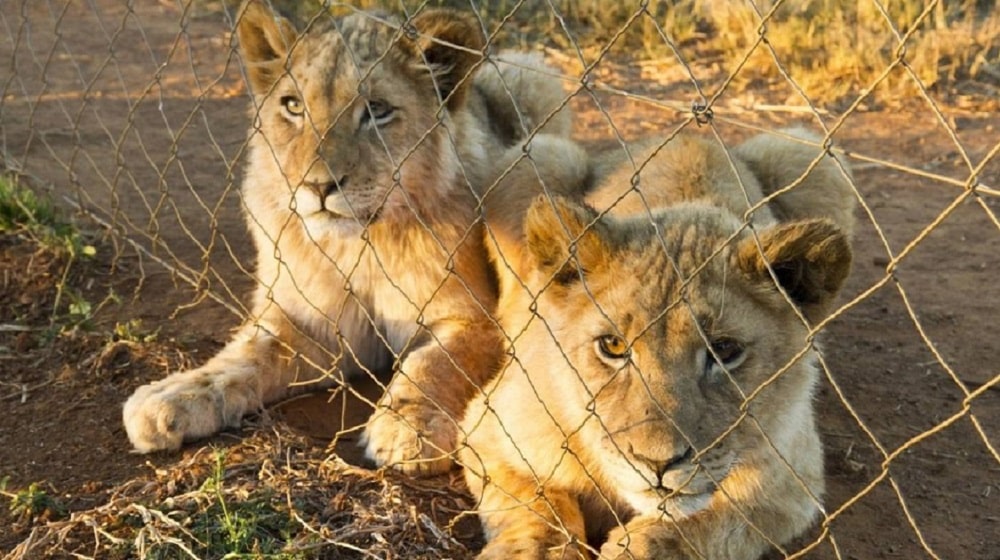 Lahore Safari Zoo retracted its plan to auction 12 African lions to private buyers yesterday, which, coincidentally was World Lion Day, after the news drew backlash from animal rights activists and organizations such as the People for the Ethical Treatment of Animals (PETA) and the World Wildlife Fund (WWF).

The zoo’s Deputy Director of Wildlife, Tanvir Ahmed Janjua, explained yesterday that the main reason behind the auction was the lack of space for the zoo’s growing pride of lions. He added that the zoo authorities have now decided to expedite the construction of two new enclosures for them.

The Vice President of UK Programs and Operations, PETA Foundation UK, Elisa Allen, lauded the decision in a statement shared with ProPakistani, which read: “PETA welcomes Lahore Safari Zoo’s decision to cancel its auction of big cats – who would have been sold off like mere objects, likely destined to exist as living trophies in someone’s house – and to build a larger enclosure instead”.

Foreseeing the imminent, Allen remarked, “However, as long as this zoo continues to breed wild animals into captivity, it’ll only be a matter of time before it’s again faced with the prospect of having too many animals and not enough space”.

Ironically, Lahore Safari Zoo has not taken the option off the table as Janjua mentioned, “Should the lions breed more, and we see we are running out of space once again, then we can easily hold another auction”.

In light of this, Allen emphasized,

PETA, therefore, calls on the zoo to do the sensible thing and remedy the situation by ending its captive-breeding program immediately and focusing on protecting animals in their natural habitat – because all the cages in the world certainly won’t save animals from extinction.

The Head of the Prime Minister’s Strategic Unit, Salman Sufi, tweeted last week that the matter would be taken up with the Government of Punjab. He and the Minister for Climate Change, Sherry Rehman, are also developing a policy for the protection and repatriation of wild animals in Pakistan.

Sufi had reportedly requested PETA’s guidance on the matter, and its Vice President, Shalin Gala, responded via email, stating, “For animals who are members of species that are native to Africa, we recommend reaching out to representatives of international NGOs with a presence on the continent. These groups can advise on both the feasibility and legality of repatriation, as well as alternatives where repatriation to the wild is not possible, such as sanctuaries in Africa where animals can live in naturalistic settings in their native territories”.

He also suggested that the reforms team reach out to pertinent officials from the International Fund for Animal Welfare, the Humane Society International, and the Born Free Foundation in this regard.