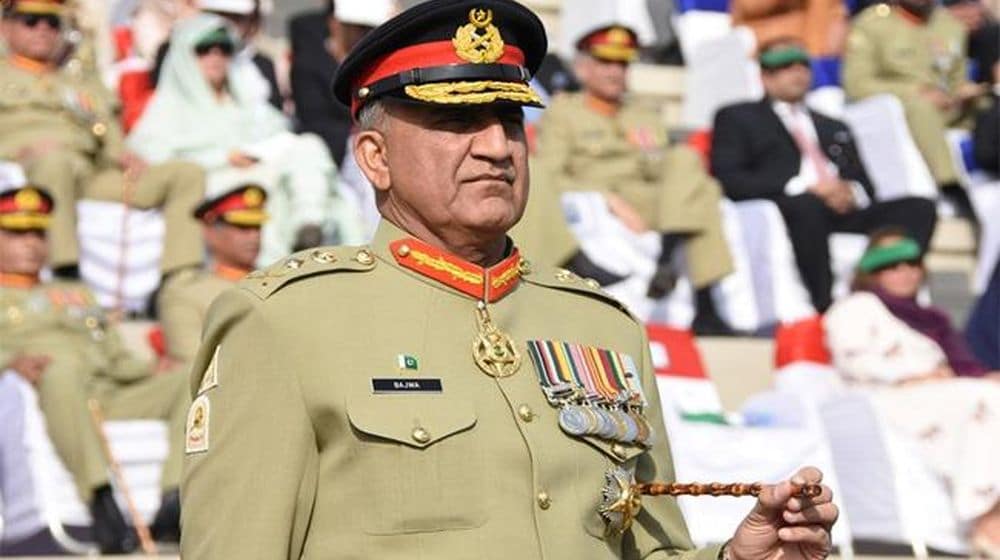 Chief of the Army Staff (COAS) General Qamar Javed Bajwa arrived in the United Kingdom (UK) for an official visit on Thursday morning.

According to a press release of Inter-Services Public Relations (ISPR), the army chief took part in the 213th  passing-out ceremony at the Royal Military Academy Sandhurst (RMAS) as the chief guest.

Besides, the army chief will call upon the military leadership of the UK during his official visit, said the ISPR.

It is imperative to note that COAS Bajwa was unable to visit Sandhurst for a couple of years on account of the pandemic, whereas he had been a regular visitor ever since he became the chief.

The RMAS is one of the military academies of the UK and is the first training center for initial officers. All officers including late-entry officers, overseas men, and women, receive their training there.