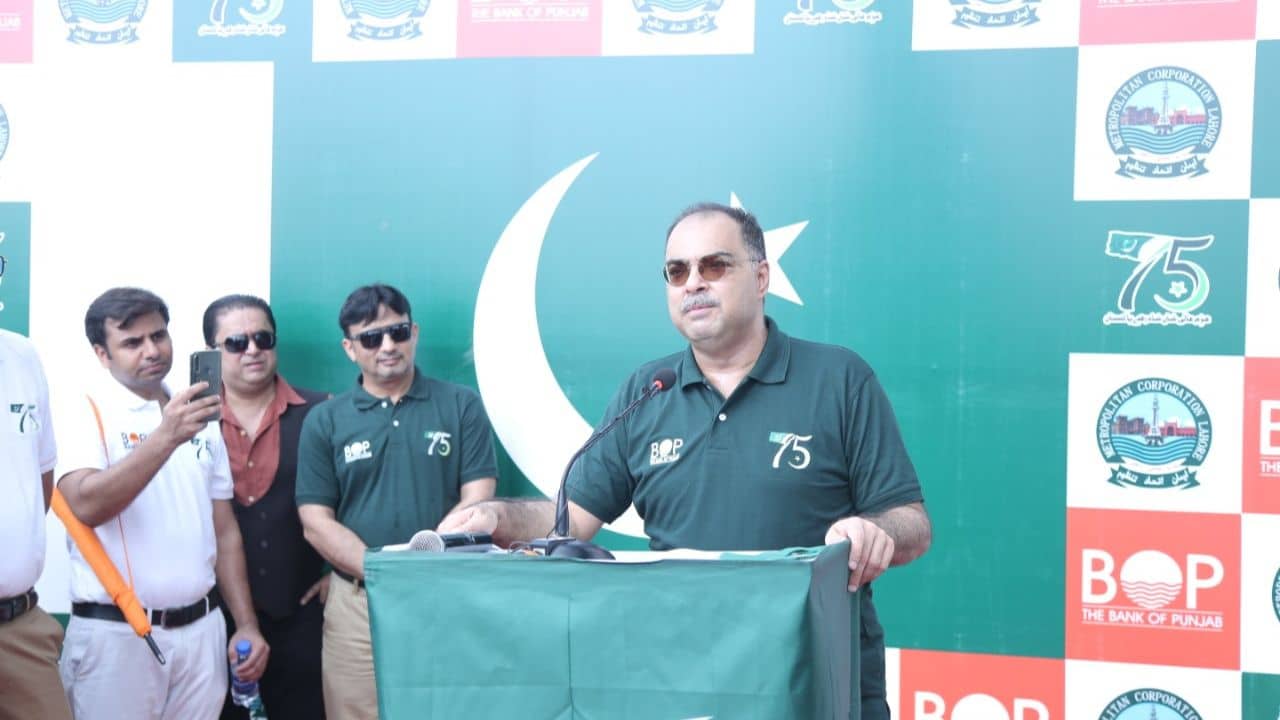 To celebrate the Diamond Jubilee Independence Day, the Bank of Punjab has sponsored the construction of one of the highest flag posts in any metropolitan city of Pakistan, at Center Point, Lahore.

The ground breaking ceremony was held on 14th August 2022 and was performed jointly by Captain (R) Muhammad Usman (Commissioner Lahore Division) and Zafar Masud, President & CEO – the Bank of Punjab, in the presence of a large number of public and officials from the Bank and district management.

Speaking on the occasion, Zafar Masud, President & CEO – the Bank of Punjab, said, “This year we are celebrating the diamond jubilee of our independence. This day reminds us of the infinite number of sacrifices given by the nation under the patriotic leadership of Quaid-e-Azam Muhammad Ali Jinnah.”

“Today we also pray for the sustainable development of our dear country and pay tribute to the bravery and sacrifices of personnel of the Security Agencies and Armed Forces of Pakistan in testing times,” he added. 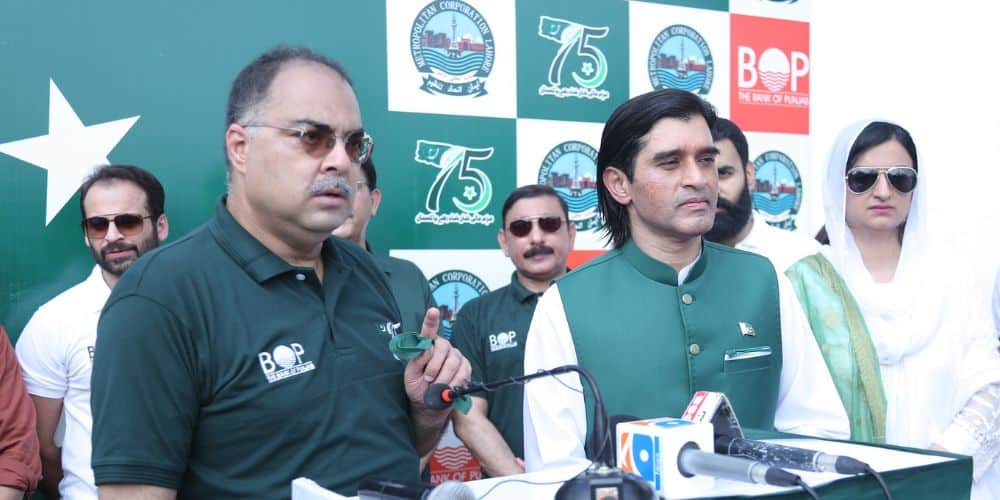 Zafar also said that Pakistan and its people were no strangers to hard times. “We are not ones to shy away in the face of adversity. This country has been bestowed with the spirit of resilience, brave sacrifice, and perseverance. The same spirit has seen us safely through many trials, and continues to guide us to this day,” he stated.

Zafar Masud, highlighting the achievements of the Bank of Punjab, said that BOP achieved remarkable success in recent times, in all parts, due to our capable teams and leadership.

“We have achieved these successes in the midst of challenging conditions. He further said “As we raise the flag to mark the 75 years of our country’s independence, let us also look courageously ahead to the tasks before us. Let us recognize the significance of doing our duty – to our families, to our society, and to our nation,” Zafar further said.

Commissioner Lahore Division, addressing the audience, highlighted the importance of 14th August and paid tribute to the leaders of the freedom movement, including Quaid-i-Azam Mohammad Ali Jinnah, Allama Iqbal, and Liaquat Ali Khan.

He also expressed his gratitude for the Bank of Punjab’s contribution to the national festivities on the occasion of 75th Independence Day, saying, “This great and beautiful flag post will fill each of us with immense pride.”