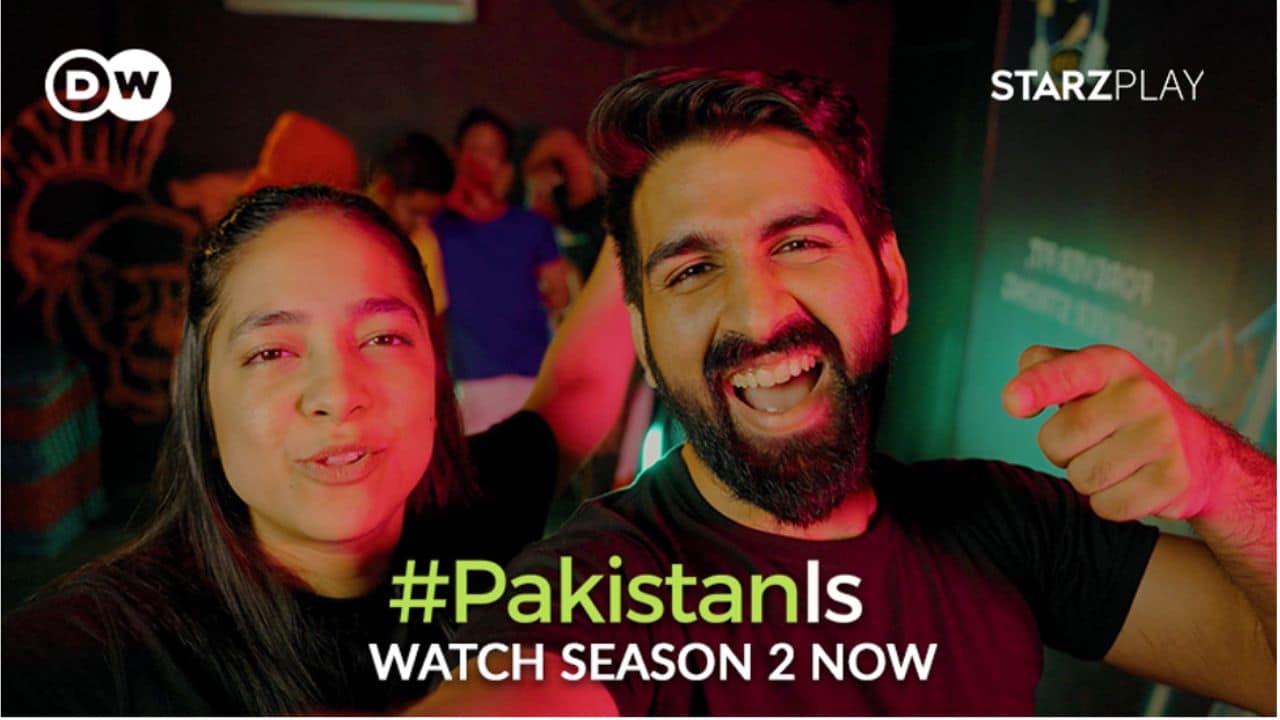 Pakistan’s fastest-growing streaming service, STARZPLAY, is excited to announce another partnership with Deutsche Welle (DW) to bring you the second season of the highly requested docuseries, “#PakistanIs”.

The first season of #PakistanIs featured Polish vlogger, Eva Zu Beck, who traveled across Pakistan and talked about its beauty, culture, and diversity. Uncovering different aspects of our country, fans of the series were left in awe at the showcased subjects and the hidden talent and potential of the Pakistani community.

Season 2 of #PakistanIs has taken a different approach to portraying Pakistan and its many stories. Many well-known local content creators including Patangeer, Muzamil Hasan, Girl with Green Passport (Anam Hakeem), Azaz Ahmed, Guddu Pakistani, and hip-hop dance crew ‘EXD’ join forces and showcase what Pakistan is all about as they share their unique stories.

With popular Pakistani influencers hosting the series’ episodes, the production not only promotes the beautiful facets of the country but also highlights the lives of Pakistanis. Viewers will get to experience Pakistan for what it truly is: Majestic, young, unique, and hospitable.

“Sharing the most important and unique stories from Pakistan with the world has been a core mission of ours from day one,” said Sukena Rizvi, Digital Distribution Executive for Deutsche Welle in Pakistan.

“We have always tried to empower local content creators and creatives, and this series just goes on to show how much talent there is in Pakistan. We look forward to getting more of these stories on the forefront too,” added Daniel Schulz, Distribution Manager for Deutsche Welle, Asia.

Arif BaigMohamed, Chairman Cinepax Group, stated, “Partnering with a quality broadcaster such as DW has been a fruitful journey so far. The topics that they highlight in their series resonate with the themes we aim to promote as well.”

“We take immense pride in promoting our country and its people on STARZPLAY and believe that #PakistanIs season 2 will be thoroughly enjoyed by all.”

Viewers in Pakistan can stream the second season of #PakistanIs by visiting www.starzplay.pk or by downloading the STARZPLAY application, available on both, Google Play Store and Apple App Store.

Keep a lookout for more collaborations, international releases, and important updates this year on the STARZPLAY app and website.