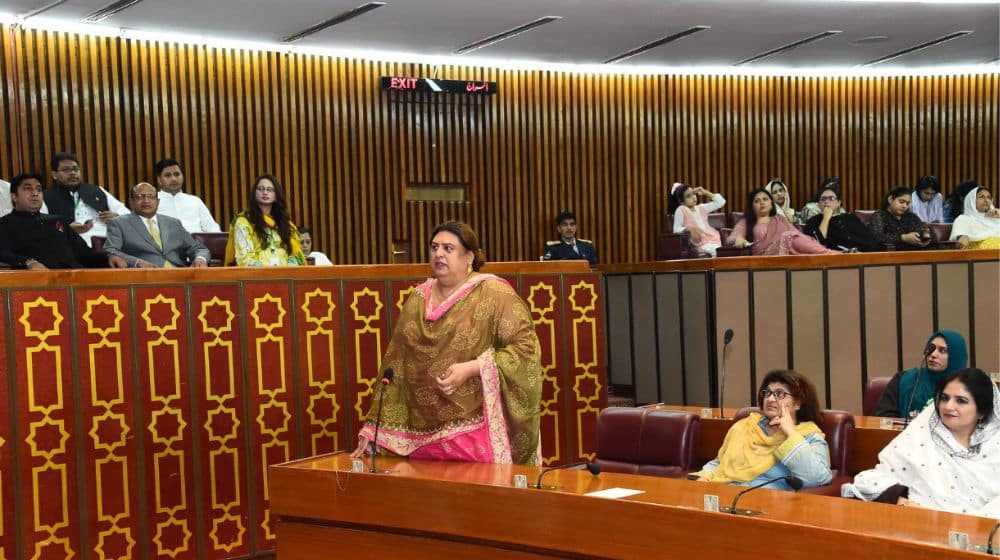 Bubbli Malik became the first transgender person in the history of Pakistan to address the Pakistan National Assembly (NA) on Friday.

In another first, the Speaker of the National Assembly, Raja Pervez Ashraf, used gender-inclusive language to address the house on Malik’s suggestion. He changed the customary ‘Khawateen-o-Hazrat’ (ladies and gentlemen) to the more inclusive ‘Hazreen-e-Mehfil‘ (attendees at the gathering) and continued to use it afterward as well.

First time in the history of Pakistan, a transgender woman, Ms Bubbli Malik, spoke on the foor of the National Assembly of Pakistan 🇵🇰. On her suggestion, the Honorable Speaker @RPAPPP
started using the word "Hazreen" instead of "khawateen o hazrat" to be inclusive. @wpc_pak pic.twitter.com/7NwuPN8hMZ

Yet again transgender community making history in the country, Ms Bubbli Malik spoken on the foor of the National Assembly in Pakistan.More power to her 💕 https://t.co/KQMBWMCcTM

Another tweep, Fatima Anwar, praised Malik’s eloquence and her choice of issues.

Another similar win for the country’s transgender community was Emoon Kazmi’s appointment as a member of the Federal Ombudsman Secretariat for Protection Against Harassment (FOSPAH) earlier this month.

Speaking at the FOSPAH’s celebration of the first National Transgender Day, Federal Ombudsman, Kashmala Khan, remarked, “We need to include them [transgender people] in the mainstream as Pakistan is one of the top 12 countries acknowledging the trans identity”.