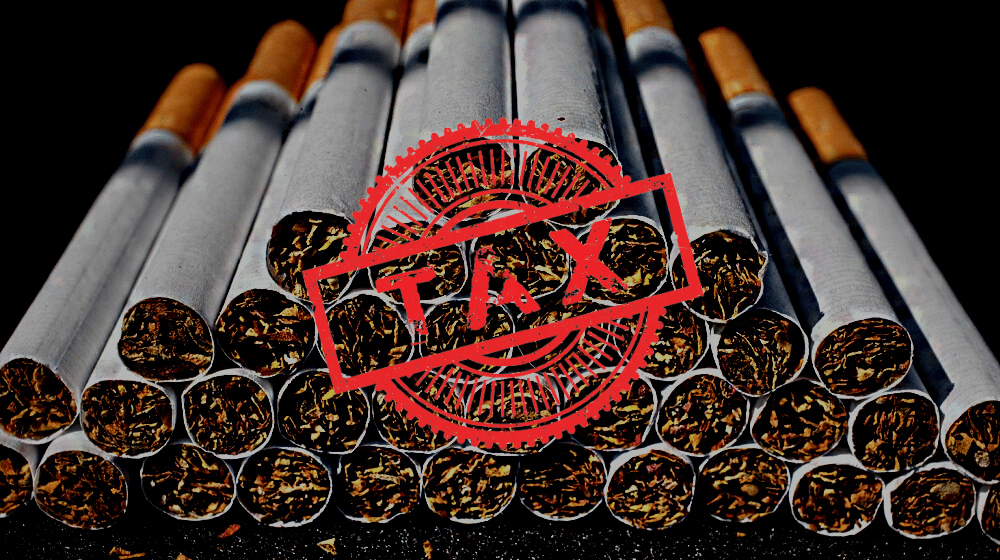 The tier-1 cigarette (Goldleaf etc.) prices are likely to increase by Rs. 20-30 per pack as the government introduces a new ordinance to impose taxes of Rs. 70 billion on different sectors. The prices of tier-2 cigarettes (Capstan etc.) are expected to increase by Rs. 10 per pack.

The newly issued ordinance was signed by the President on Monday, which suggested that a total tax of Rs. 38 billion has been imposed on cigarettes and tobacco. The cigarette industry will share the greater burden of Rs. 36 billion, whereas the remaining Rs. 2 billion will be procured from tobacco processing.

Previously, the tax imposed on tobacco processing was only Rs. 10 per kg which has been increased to Rs. 390 per kg by the incumbent government.

The tax on cigarettes has been imposed to fill the gap of Rs. 15 billion caused by the government’s decision to reduce the retail tax target from Rs. 42 billion to Rs. 27 billion. To cover this gap, the Finance Ministry had proposed a tax of Rs. 18 billion on the cigarettes and tobacco industry, however, the Prime Minister ordered double the taxes to a total sum of Rs. 36 billion.

In addition to this, the government has also imposed heavy regulatory duties (RDs) on the import of luxury goods. Additional duties ranging from 10 to 100 percent have been imposed on import of all types of imported cars, mobile phones, and home appliances under the ordinance.

However, experts believe that the RDs only cover $1.2 billion of the total import bill. The Ministry of Commerce has estimated that the duties may curtail imports by 60 percent to 70 percent, which will impact the total bill by only $720 million to $840 million.

ALSO READ
Pakistan to Get $2 Billion Funds From Qatar

Experts say that with the meeting of the International Monetary Fund’s (IMF) Executive Board Scheduled for 29 August the Pakistani government wants the programme to be approved at all costs, allowing the transfer of a $1.17 billion tranche. The Board will also make its decision regarding the extension of the programme to $7 billion during its meeting.