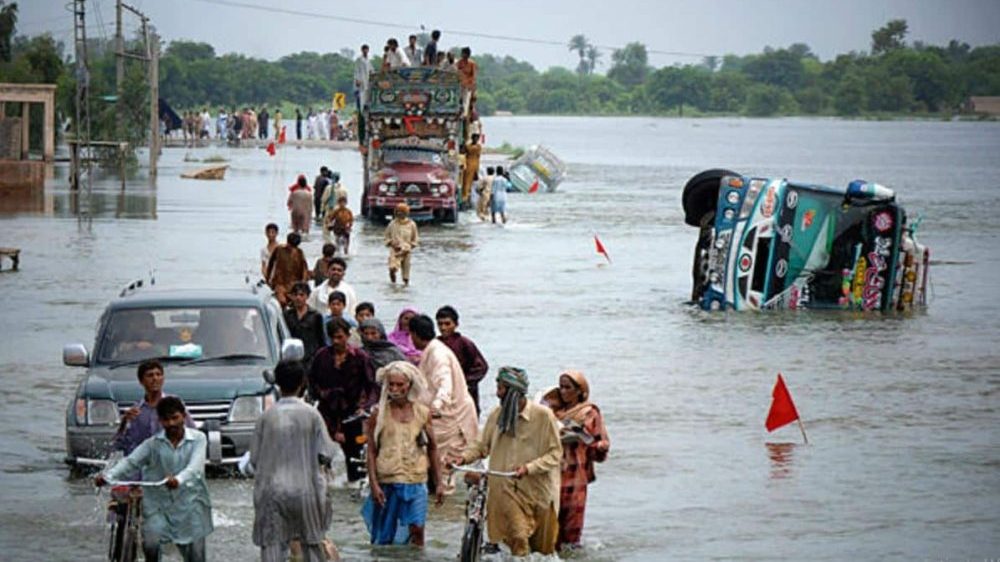 The new damages were revealed in a meeting of the flood response center to review the Ministry of Finance’s interim report ‘An Early Assessment of Flood Impact on Pakistan’s Economy’.

ALSO READ
Rupee Crashes 8th Day in a Row As Import Bill Soars, Markets Give in to Political Heat

The Chairman NFRCC and Federal Minister for Planning, Ahsan Iqbal, said that the on-ground destruction is indicative of losses between $30 and $40 billion.

Note that this was the first time that such loss estimates were provided, and they are three times higher than the initial $10 billion to $12 billion. They also surpass the $30 billion projection declared by UN Secretary-General, Antonio Guterres, last week.

Minister Iqbal stated that a comprehensive evaluation of the flood-induced losses is underway in collaboration with the World Bank (WB), the Asian Development Bank (ADB), and the provincial and federal governments. He added that the report will be finalized within the next four to six weeks while the initial assessment will be completed by the end of this week.

According to him, the NFRCC has ordered the Ministry of Finance to delay the release of the flood impact report until the results of the comprehensive assessment are revealed.

The Federal Minister of State for Finance, Dr. Aisha Pasha, also assessed the numbers to be around $30 billion and said that government can only quantify losses after a complete compilation of the required data.

An official from the Ministry of Finance ministry claimed that the losses of $40 billion may turn the GDP negative this year and that inflation could exceed 30 percent due to the failure of the supply chain.

Meanwhile, the preliminary estimates reveal that floods will reduce GDP growth by 3.3 to 3.7 percent. However, if the losses increase to $40 billion, they will decline, the sources maintained.