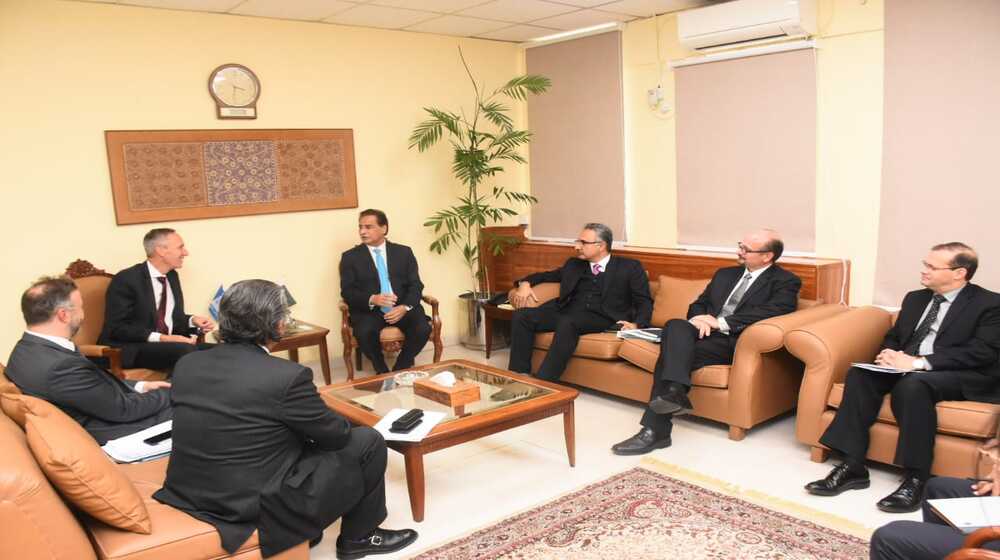 World Bank Vice President for South Asian Region Martin Raiser has expressed his desire to cooperate with Pakistan the in the energy sector.

Raiser, who called on Federal Minister for Economic Affairs Sardar Ayaz Sadiq on Thursday, expressed heartfelt condolences on the devastating floods in Pakistan and assured complete assistance from World Bank.

He highlighted that the World Bank is repurposing the funds under existing projects for the procurement of emergency equipment. He assured to lend support for long-term reconstruction efforts. Moreover, he expressed his desire to cooperate in the energy sector and said that both sides should concentrate their attention to move both processes in parallel.

The minister said that World Bank’s assistance has played and shall continue to play a vital role in the socio-economic uplift of Pakistan. He further expressed gratitude to World Bank for its flood relief assistance to the country.

He apprised the vice president that more than seven million people have been displaced due to recent floods, according to the latest figures. He mentioned that the death toll due to floods has reached 1600, 600,000 flood-affected women are expecting, and malnutrition and water-borne diseases are increasing day by day.

“Pakistan is getting financial assistance from all over the world but we still need more support as the devastation is immeasurable.” said the minister.

The minister assured the vice president about the efficient disbursement of funds and apprised him of the monitoring and implementation mechanism of continuous meetings of the National Coordination Committee on Foreign Funded Projects and Steering Committee for Coordination regarding International Assistance for Flood Relief Activities. The vice president assured the minister of additional assistance.