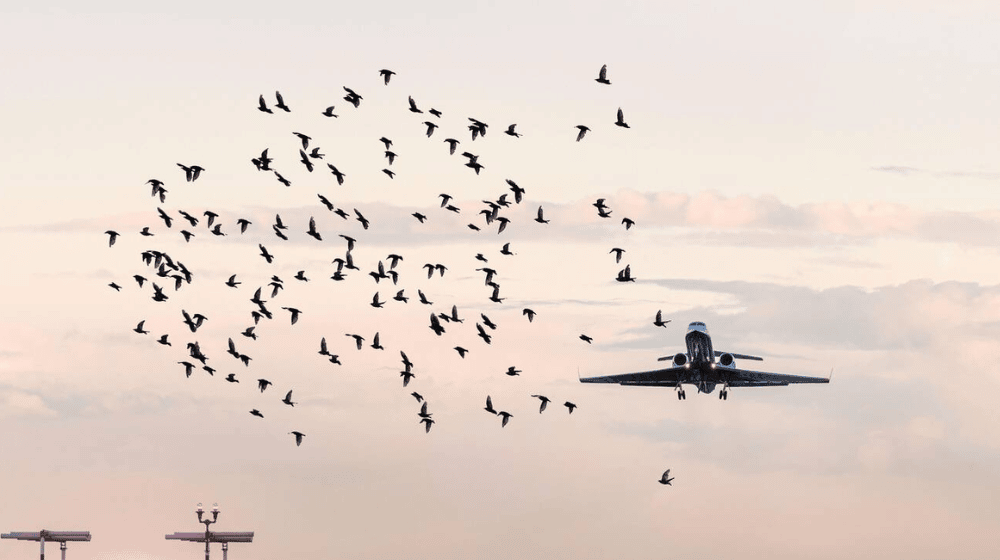 The development comes after the People for the Ethical Treatment of Animals (PETA) wrote to the CAA’s Director General (DG) Flt. Lt. (Retd.) Khaqan Murtaza, and the Director Airport Services (DAS) CAA Saadiq ur Rehman, asking them to adopt humane bird deterrents instead of deploying bird shooters to minimize their collision with the planes.

PETA’s Vice President (VP) of International Laboratory Methods, Shalin Gala, wrote a letter to the DG CAA on August 10, asserting that the expenditure on poisoning or shooting birds at airports is simply a waste because more will move in to benefit from the resources, resulting in an infinite killing cycle.

He further elaborated that the main principle of effective wildlife management systems is that animals will simply move on if food sources are eliminated from the environment, making it undesirable for them.

In order to deter animals from frequenting an area, PETA has advised prohibiting the public from feeding wildlife, erecting fences, planting dense vegetation close to water sources, and using nonlethal scare techniques like sonic devices, lasers, motion detectors, scarecrows, or Mylar streamers, he suggested. In addition, he also invited the DG to a discussion on the issue.

In the letter to the DAS Rehman on 15 September 2022, he quoted the Canadian government and said that the birds habituate to the shots, particularly the non-hunted species, which makes shooting a less effective deterrent.

Furthermore, he lauded CAA’s use of several non-lethal bird deterrents and inquired about the adoption of PETA’s recommendations, which reportedly have not been implemented yet.