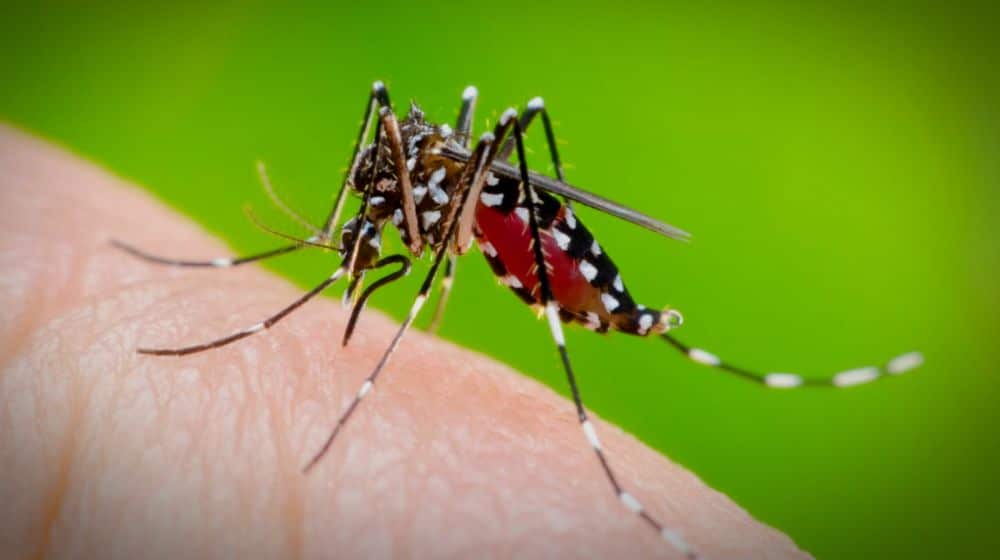 Pakistan Meteorological Department (PMD) has warned that dengue may become an epidemic in several major cities in October.

According to the Met department, the cities at risk include Karachi, Lahore, Peshawar, Rawalpindi, Islamabad, Hyderabad, Faisalabad, Larkana, and Multan.

The recent monsoon-induced floods and climate change are an ideal environment for the mosquito-borne disease, which thrives at 26-29°C temperature and 60 percent humidity. Once the temperature drops below 16°C, the dengue mosquito’s breeding stops.

The peak time for its attacks is two hours after dawn and two hours before dusk. The Met department has advised all relevant authorities to take precautionary measures for the outbreak during these times.

It further noted that the disease has deepened its roots and affected healthy individuals in the last ten years and often occurs in the post-monsoon season between 20 September and 5 December.