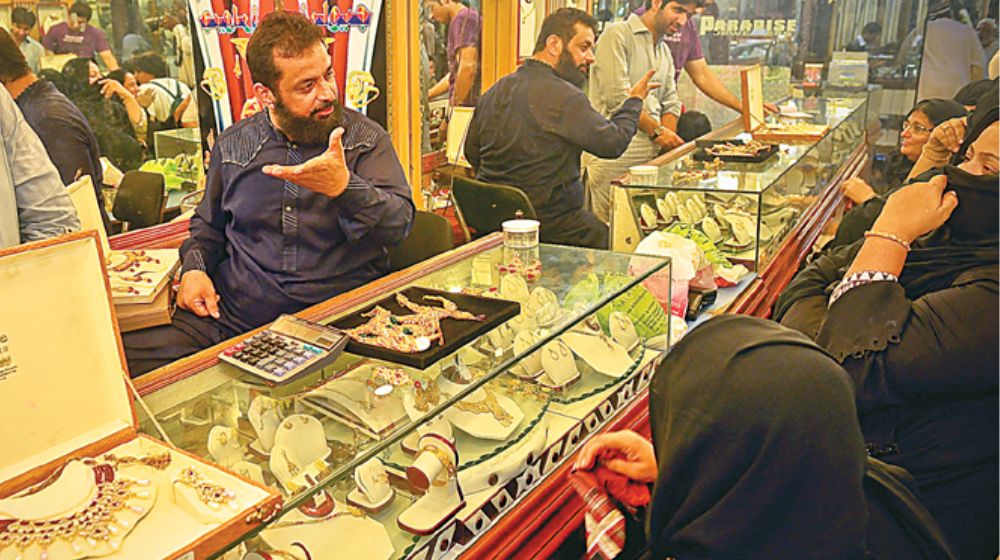 Punjab’s All Pakistan Sarafa, Gems, and Jewelers Group (APSGJG) has announced a shutdown strike across the province from 1 October against the imposition of new taxes.

APSGJG’s Chief Haji Muhammad Iqbal complained about the government’s disregard for their demands and said that they are left with no choice but to protest.

Giving a week’s deadline to the government, he asked for the removal of three percent sales tax on jewelry stores with an area of over 300 square feet and threatened to go on a strike if their demands are not met.

According to the group’s representatives, the government has imposed a three percent sales tax on the aforementioned lot and a Rs. 40,000 monthly tax on small jewelers, which was postponed after they met with the Finance Minister, Miftah Ismail, on 12 August.

However, the sales tax was retained and an additional one percent import duty was also levied. They argued that the former is not applicable to them as they only earn through stone’s price, and recycling and refining old ornaments given to them by customers. Consequently, Iqbal demanded to withdraw these taxes with immediate effect.