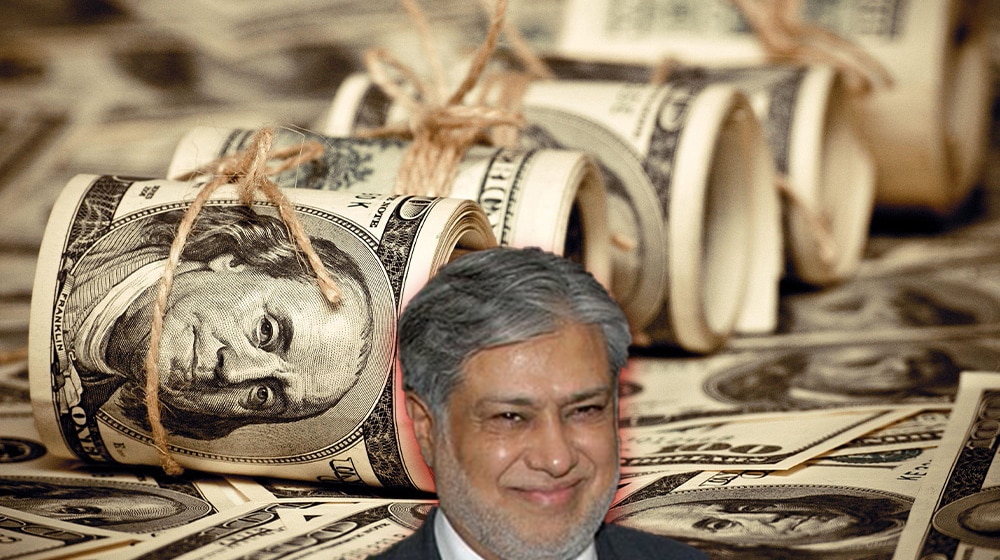 The Pakistani Rupee (PKR) showed early signs of recovery against the US Dollar (USD) and posted massive gains during intraday trade today amid market sentiments that Ishaq Dar is returning to take over as the Finance Minister of Pakistan.

At close, the PKR had gained 1.1 percent and suspended movements at Rs. 237.02 after gaining Rs. 2.63 in the interbank market today. The local unit quoted an intra-day low of Rs. 239.85 against the USD during today’s open market session. 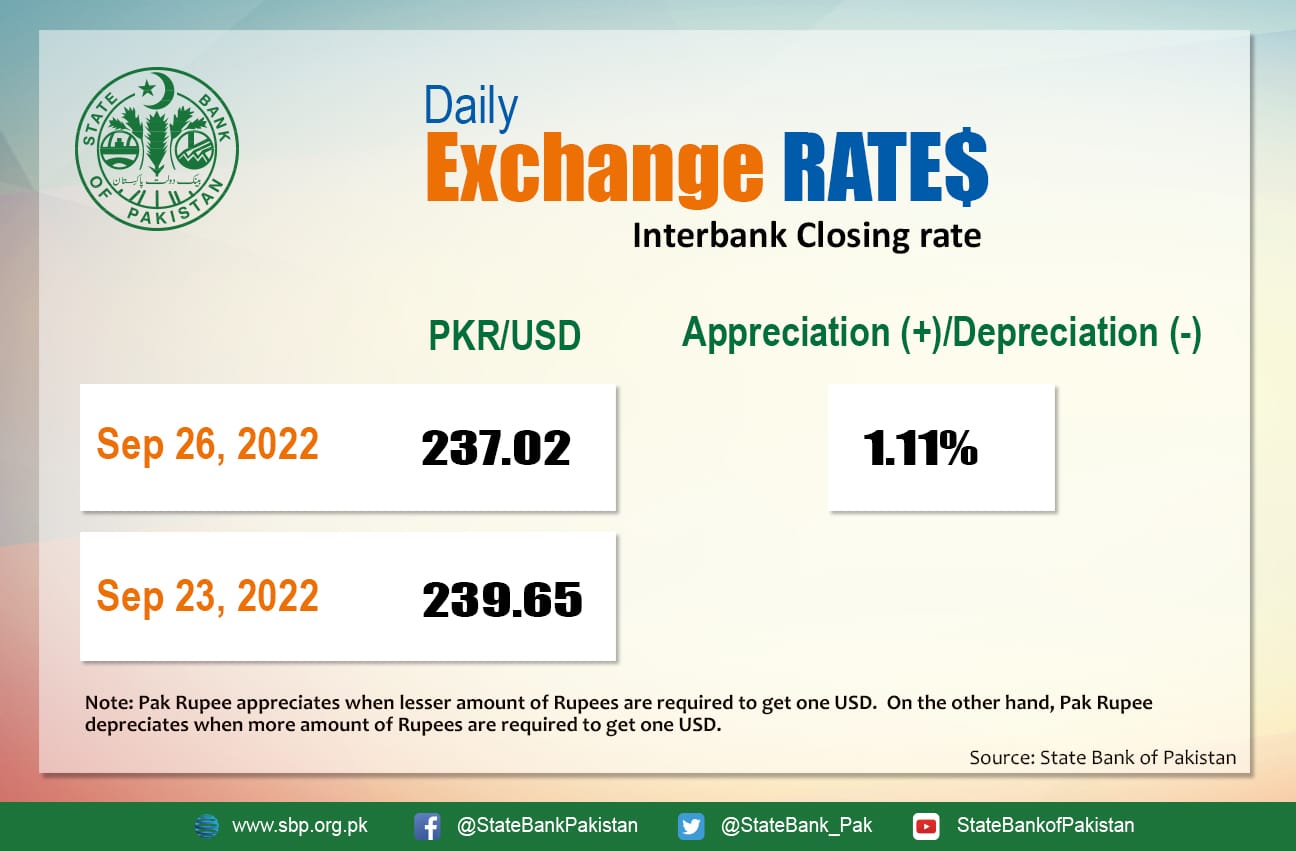 Also, the local unit gained further ground after global crude oil markets witnessed a massive decline today. Brent crude was down by 1.81 percent at $84.59 per barrel, while the US West Texas Intermediate (WTI) went down by 1.79 percent to settle at $77.33 per barrel.

Meanwhile, equities had an early surprise after markets opened trade in the green today. After opening trade at 40,620.21 points, the market showcased bullish sentiments, with the benchmark KSE-100 index gaining over 400 points after rising to a high of 41,031.19 points around midday.

By midday, the local unit had gained Rs. 7 against the greenback and was trading at Rs. 232.65 in the open market. This is the highest intraday gain in over a month. Despite today’s gains, the dollar is up by Rs. 39.54 (intraday) against the PKR.

The rupee showed similar (but much better) signs of sharp recovery back on 3 August when it gained over Rs. 11 against the greenback to below 227, its highest ever single day again since research institutions started recording currency data in Pakistan.

The US$ initially gradually lost ground on Friday after the rupee — one of the world’s poorest performing currencies — fell for 15 straight sessions and depreciated by about 9 percent till last week. However, bulls took control of the currency during early trade today after news of Pakistan’s former finance minister returning to home soil.

Ishaq Dar was “well known” for maintaining exchange rate parity during his tenure as the country’s finance minister. However, the recovery may be fleeting this time as the dollar strengthens in international markets and Pakistan’s funding requirements remain unmet.

For a long time, Dar kept the dollar rate fixed at Rs. 90-95. Money changers anticipate that speculation in the interbank market will be curtailed once Dar is appointed minister which will most likely boost the rupee’s value. 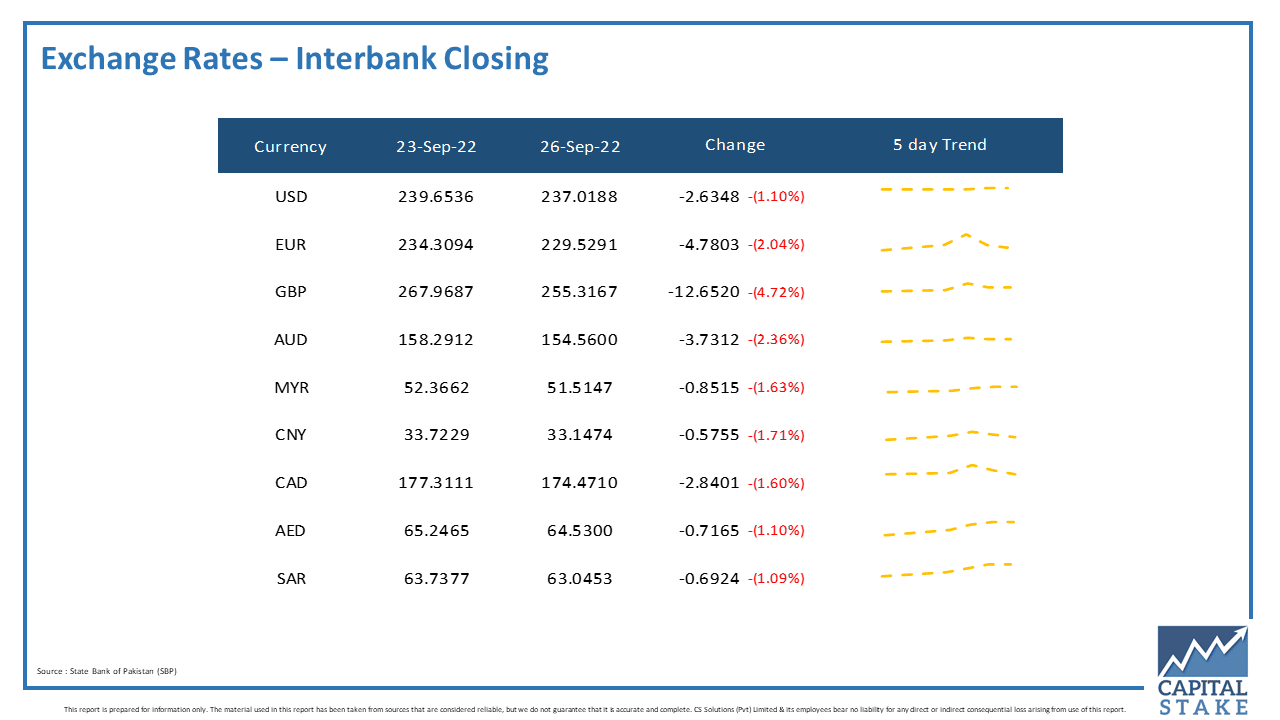