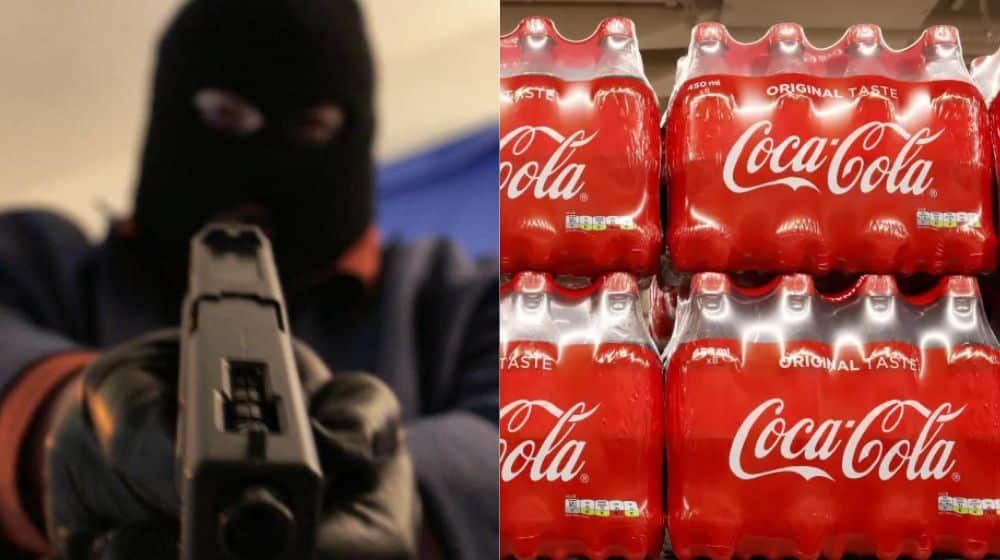 Despite the tall claims by the Islamabad Capital Territory (ICT) Police, criminal elements continue to terrorize citizens of the federal capital.

In a recent incident, a group of armed robbers raided Unified Distributors – Coca-Cola’s distributor in Islamabad’s I-10 sector and one of the largest taxpayers in the country.

According to details, the incident occurred around 6 PM on 27 September, Tuesday. The robbers were wielding prohibited weapons as they harassed the workers and stole Rs. 2.3 million at gunpoint.

Here is the video of the incident:

To make matters worse, the ICT Police’s Sabzi Mandi Police Station, which is located just minutes away from the warehouse of Unified Distributors, remained unaware while armed robbers did their job without any trouble.

The CEO appealed to the government to put the robbers behind bars and recover the stolen money at the earliest. “If this is happening in the heart of Islamabad in daylight, imagine what is going on in the rest of the country,” added the CEO.