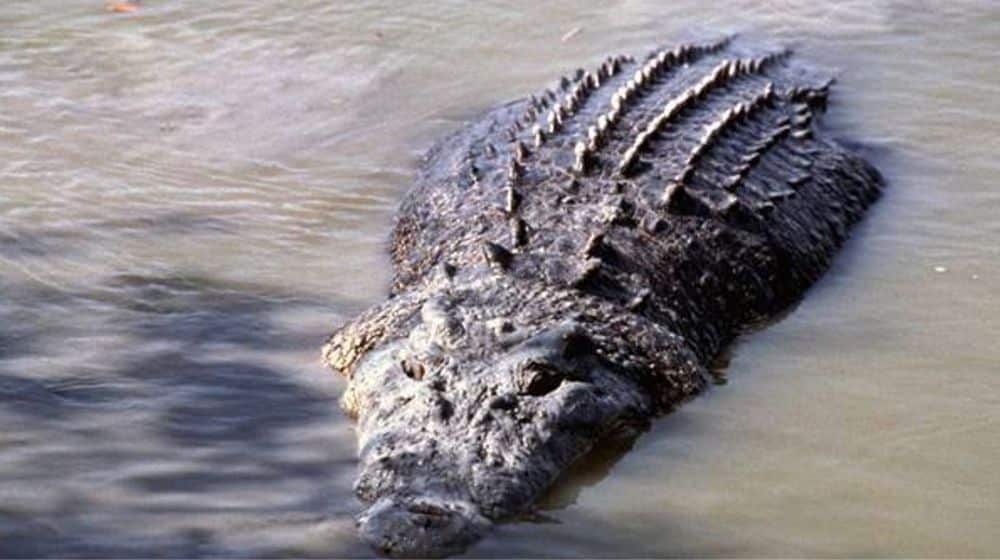 A 10-foot-long crocodile emerged from the rainwater in the Mithal Shar village in Nawabshah (also known as Shaheed Benazirabad).

The local residents have reported the incident to the Sindh Wildlife Department, but have received no response yet. No wildlife official or anyone from the administration has taken notice of the situation, according to them.

A similar incident had been reported earlier this month when a seven-foot crocodile appeared out of the flood water in the Yusuf Dahri village of Jam Sahib. It caused panic among the villagers, who had called the wildlife department as well. The officials arrived and took the reptile to a sanctuary.

In related news, multiple crocodiles got out of Haleji Lake and started prowling in the nearby village when the water level of the lake rose, back in July. A wildlife official and a policeman had reportedly shown up on the scene to photograph themselves with a crocodile that had been captured by the villagers.