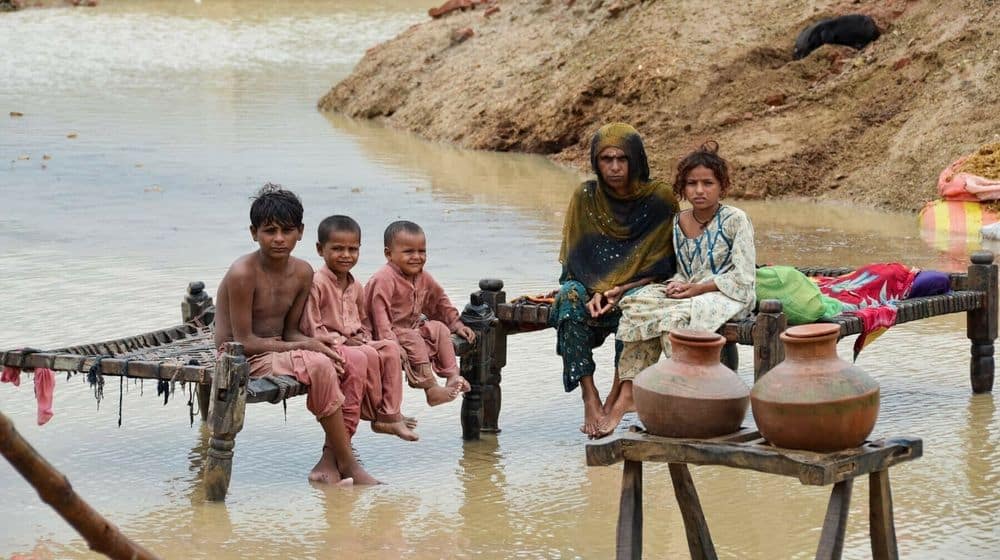 Health experts have urged the authorities to launch vaccination drives against water-borne illnesses in flood-hit areas, especially the viral Hepatitis E, which puts the lives of thousands of pregnant women, and their children, at risk.

Vaccines for Hepatitis E, as well as various other water-borne diseases spreading in flood-hit areas, such as Cholera and Typhoid, already exist in the country. Without immediate vaccination drives, women and children would lose their lives due to these and other preventable diseases.

It was discussed at a meeting of the health experts on the topic of ‘A Health Crisis of Epic Proportion: Hepatitis E, Tip of an Iceberg’, held at the Health Services Academy (HSA), on Tuesday.

The officials of the National Institute of Health (NIH), Islamabad, infectious disease experts, gynecologists, pharmacists, and representatives from pharmaceutical companies attended the meeting.

A UNFPA representative revealed earlier this month that there are around 128,000 pregnant women in the flood-hit areas, of which 42,000 were to give birth between the start of September and the end of November.

The representatives of the pharmaceutical company that first introduced a Hepatitis E vaccine in Pakistan, Ferozsons Laboratories Limited, explained that the vaccines, especially the Hepatitis E recombinant vaccine could prevent the virus from taking any lives.

They warned that lack of access to drinking water, proper sanitation, and medical supplies, as well as the overcrowding of relief camps, further aggravates the situation, as the stagnant flood water may not recede completely for another couple of months.

A company representative, Dr. Najeeb Muhammad, explained that the Hepatitis E outbreak is of greater concern than any other disease since it can lead to the death of the mother, as well as miscarriages or neonatal deaths. He revealed that the fatality rate of pregnant women due to the virus can be as high as 15-20 percent of all cases, whereas the fetal mortality rate can even be up to 40 percent.

Professor Mubashir Hanif, the Director of the HSA’s Office of Research, Innovation, and Commercialization (ORIC), stated that the use of all life-saving pharmaceutical and non-pharmaceutical interventions should be ensured.
The Holy Family Hospital’s Dr. Syed Batool Mazhar, Dr. Mujeeb Ahmed, Aamir Zafar from the Ferozsons, and Lieutenant General (retired) Dr. Asif Mumtaz Sukhera, a former Surgeon General of the Pakistan Army, also spoke at the meeting.