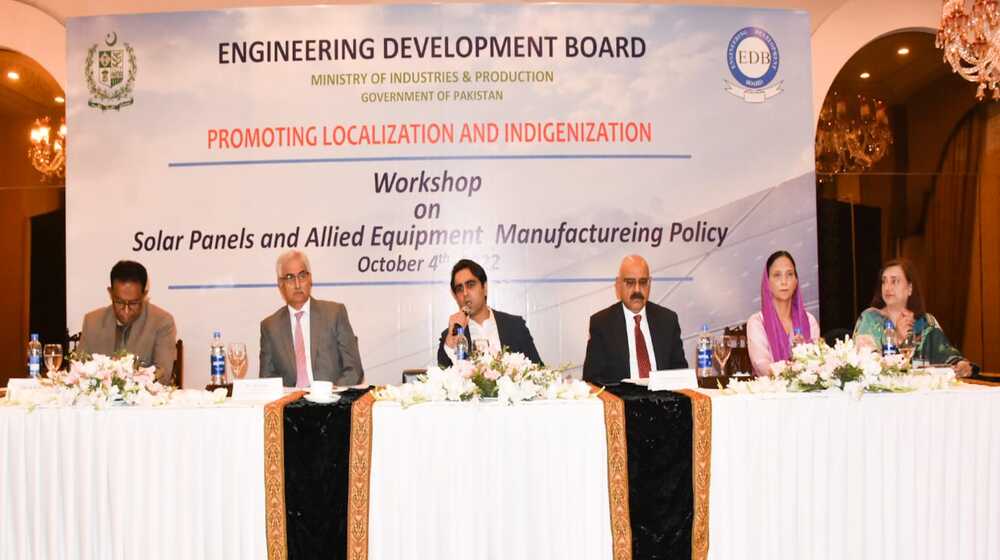 Chairman Engineering Development Board (EDB) Almas Haider has said that 97 percent of mobile phones used by Pakistanis are being manufactured locally. Mobile phones of all the brands except one are produced indigenously.

He made the remarks while speaking at a workshop titled, “Solar panel and allied equipment manufacturing policy, “organized by the EDB regarding alternative energy sources.

He also mentioned that EDB has received an order for the export of the first batch of mobile phones worth $1.25 million. EDB is working on the localization of solar panels, he added.

Federal Minister for Industries and Production Murtaza Mehmood said on the occasion that the government is setting up a comprehensive policy for the solar industry. Under this policy, the government buildings and agricultural tube wells will be shifted to solar energy.

Federal Minister remarked that at the national level there has been an assessment that Pakistan’s solar energy demand (off grid and on-grid) was around 4GW during 2022 which was likely to  increase to around 6-7 GW in next two years. “With this demand, there was an urgent need to look for opportunities for promoting and incentivizing local manufacturing of solar panels and allied equipment,” he added.

The minister noted that Pakistan had reserves of basic raw materials for producing solar wafers and could start the process of local production with assembly in the first phase, which could be done by rationalizing  duties and taxes on solar panels imports.

Thereafter, he said that a 5-year plan then needed to be put into place to further rationalize tax and tariff regime for providing a level playing field to the local manufacturers.

He said the present government is looking to offer certain incentives such as tax holidays, duty free import of input materials and plant and machinery to promote solarization in the country.

While urging the private sector be competitive in the international market, he said that the government is focused on removing the hurdles for local companies.