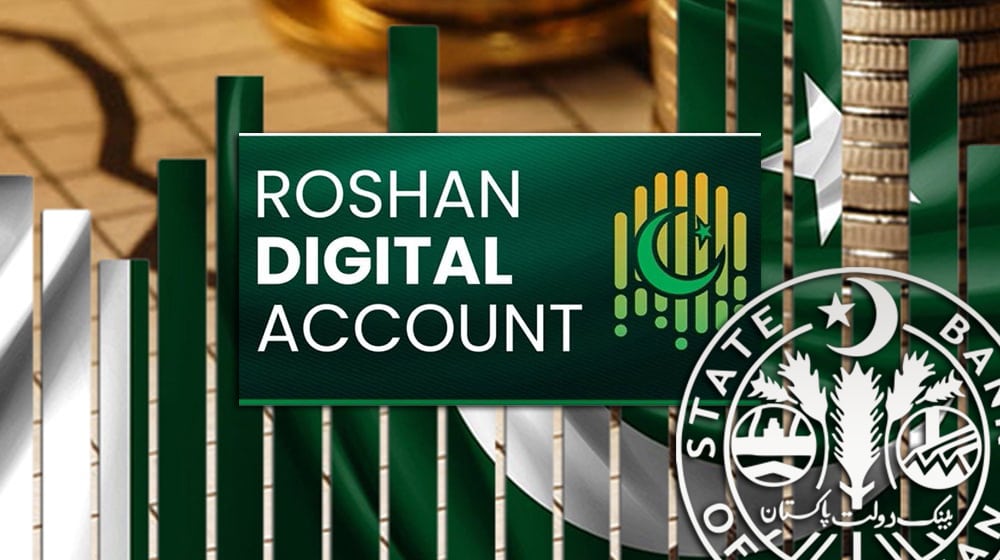 Foreign exchange inflows through the Roshan Digital Accounts (RDAs) were recorded at a total of $5.149 billion by the end of September, according to the State Bank of Pakistan (SBP).

According to official data released by the central bank, the deposits under the RDAs registered inflows of $168 million (-10 percent) in September 2022, as compared to $187 million in May, the lowest monthly inflow since January 2021. 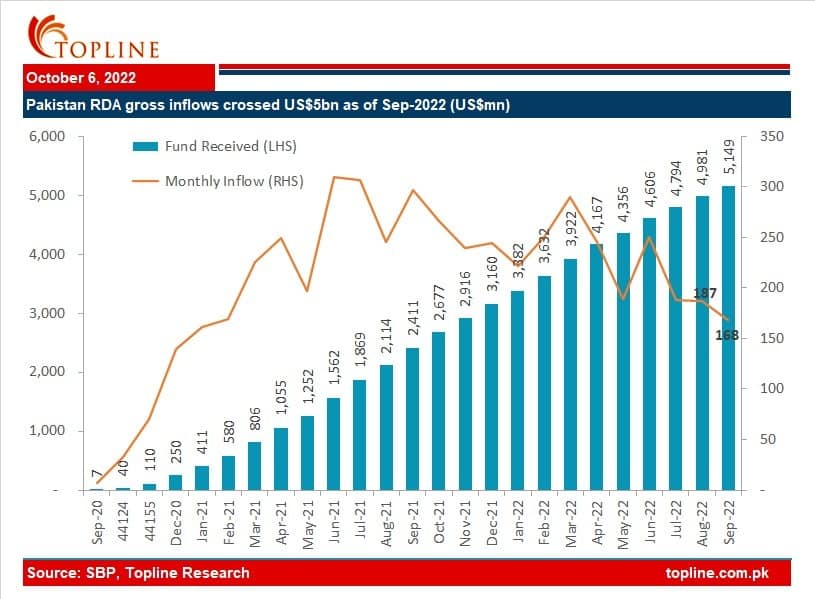 According to the official numbers, 472,023 RDAs have been opened since they were launched, representing a three percent increase on a monthly basis. The monthly inflows through the RDAs were $168 million, which is a $19 million drop in inflows from $187 million in August 2022. 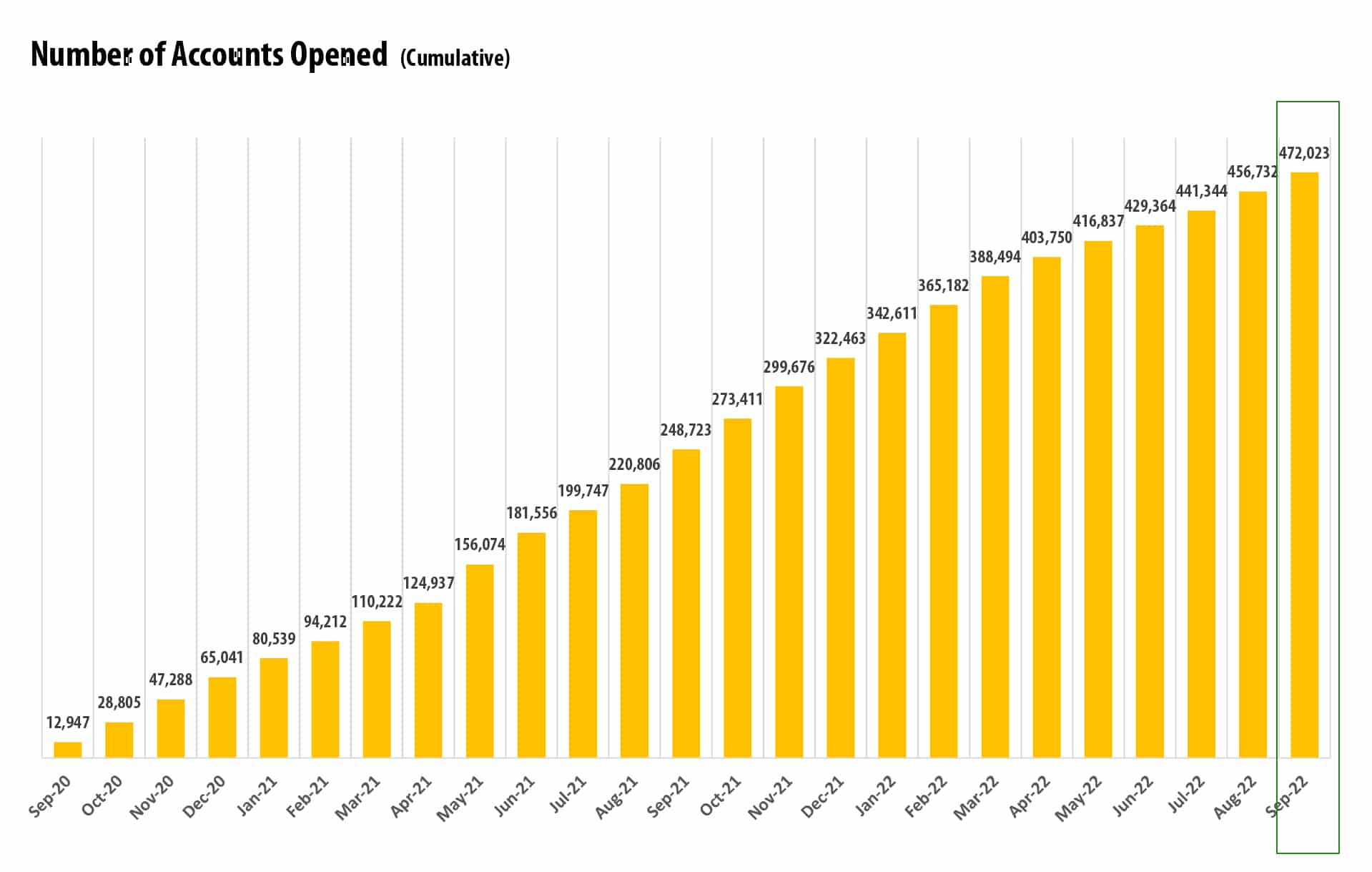 The total investments made through the RDA inflows totaled $3.307 billion from September 2020 to September 2022. So far, conventional Naya Pakistan Certificates (NPCs) have received $1,691 million, whereas Islamic NPCs collected $1,571 million. Meanwhile, the RDAs deposited $45 million in the Pakistan Stock Exchange.

SBP is working to introduce Roshan Business Account in the near future to provide enhanced facilities to overseas Pakistanis for doing business and investments in Pakistan. The banking regulator is also working to increase the number of participating banks for enhancing the coverage of RDA services to different countries.

It is also working to launch products including pension, insurance, and Takaful under RDA.

Presently, 14 banks are providing services to overseas Pakistanis under RDA, including remittances, housing and auto financing, investment in certificates, stock exchange, and charity.