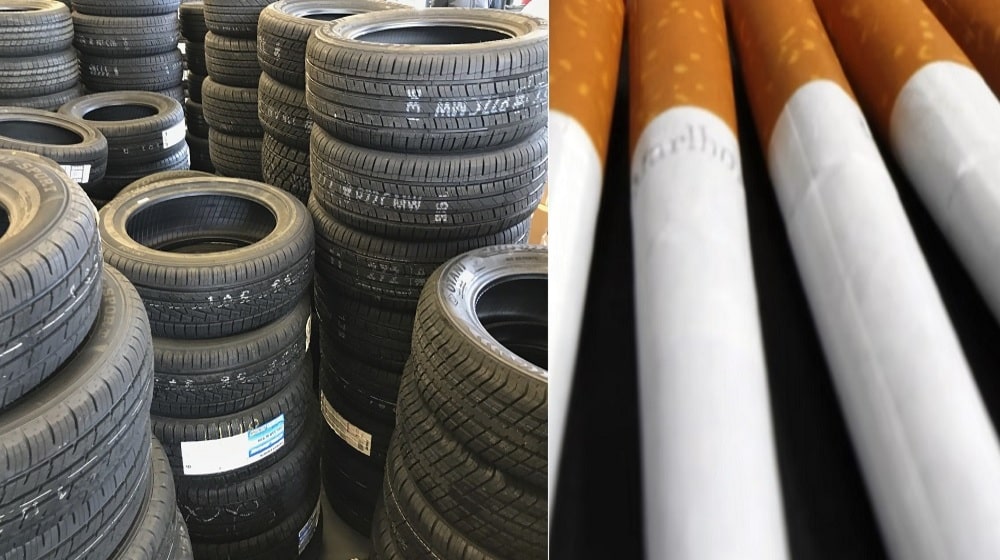 Smuggled tyres and illegal tobacco trade are causing a huge revenue loss of Rs. 130 billion annually to the national exchequer, according to officials.

The local tyre industry is facing a huge threat of survival in the shape of smuggling as the total estimated value of smuggled tyres comes to over Rs. 300 billion which results in a loss of over Rs. 50 billion to the national exchequer.

The tires are one of the top commodities which are being smuggled into Pakistan, thus ruining the local industry and causing huge losses to the national treasury.

If this smuggling is controlled, this gap could be filled by local manufacturers and legal imports and ultimately the government will get its legitimate revenues which is a need of time.

On the other hand, the national exchequer is also facing a loss of Rs. 80 billion annually due to illegal cigarette trade. Along with the country’s economy, legal investment in the cigarette industry is also at stake.

Due to high taxes on cigarettes in Pakistan and the lack of strict action against the elements involved in illegal trade, the market share of illegal cigarettes is increasing rapidly. According to the statistics of the cigarette industry, 80 billion cigarettes are sold annually in Pakistan. Two out of every five cigarettes sold in the country are sold illegally.