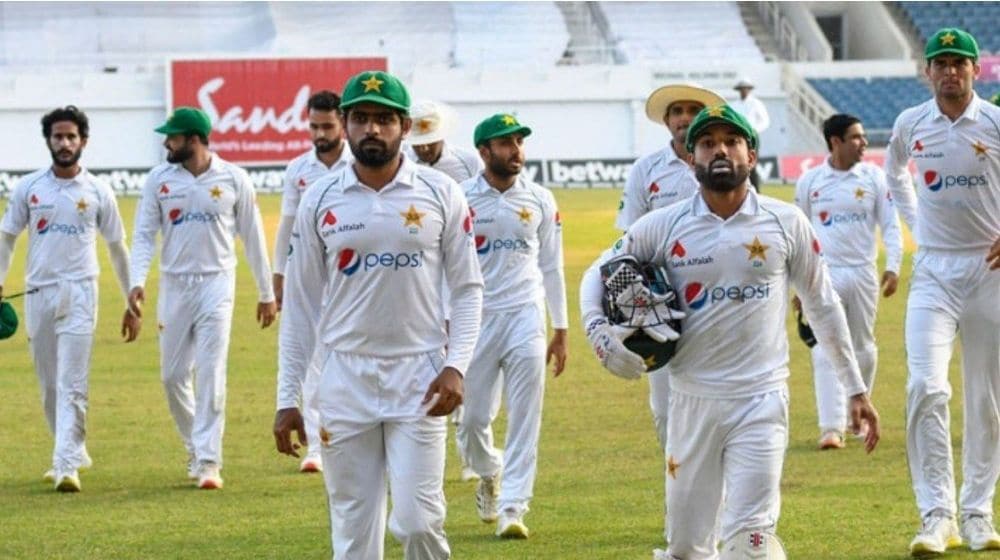 Pakistan’s national chief selector, Mohammad Wasim, announced an 18-man squad for the Test series against England. Babar Azam will lead the side in the three-match series scheduled to commence on 1 December at Rawalpindi Cricket Stadium.

There were a number of surprise inclusions in the squad including the likes of Abrar Ahmed and Mohammad Ali being handed their first call-ups after a solid showing in the 2022 Quaid-e-Azam Trophy.

Surprisingly, Pakistan’s veteran middle-order batter, Fawad Alam, was dropped from the squad after he failed to impress in his previous international outing.

Pakistan’s limited-overs pacer, Mohammad Wasim Jr, was also called up to the Test squad after a decent outing in the 2022 T20 World Cup. Former captain, Sarfaraz Ahmed, and all-rounder, Faheem Ashraf, were also rewarded for their good form in the domestic circuit.

Mohammad Nawaz, Abrar Ahmed, Nauman Ali, and Zahid Mehmood are the four spinners in the squad.