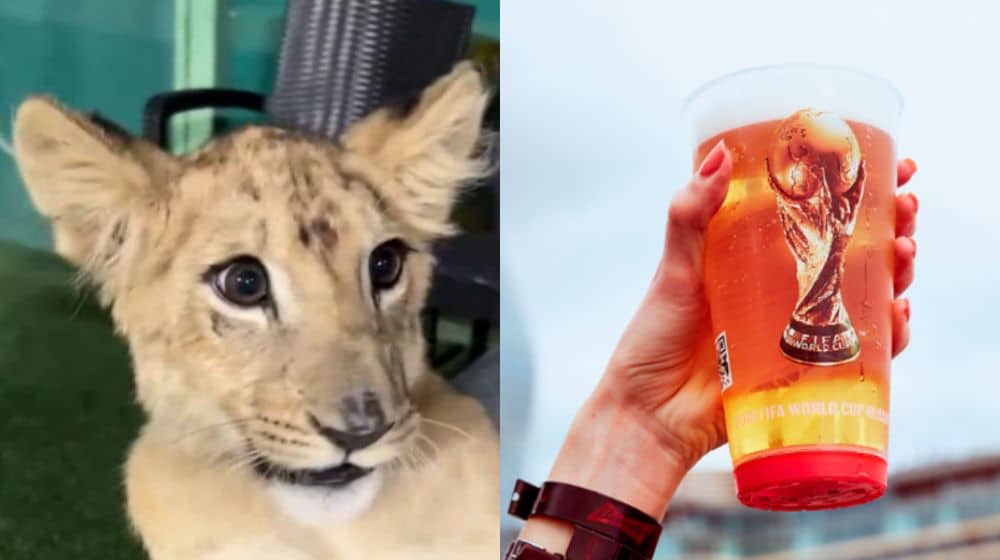 Qatar’s decision to ban alcohol around the stadiums on the eve of the 2022 FIFA World Cup irked international fans as they stormed to social media to voice their displeasure on the decision.

Thousands of fans expressed displeasure on the decision while others pointed out that consuming alcohol isn’t necessary to have fun at a tournament as big as the FIFA World Cup. The statements came true as a video of English fans having a time of their life in Qatar went viral on Twitter.

English fan, Alex Sullivan, got a taste of Qatari hospitality as he and his companions were searching for beer in the country. Sullivan, in an interview, revealed that he and his friends met up with a Qatari national as they took the English fans back to their palace for a night full of fun.

“We were just out having a good time, having a mooch, getting our bearings right. The setup is spot on, you know. We’ve been enjoying ourselves,” he told.

“Last night we met one of the Sheikh’s sons and he took us back to the palace and showed us the lions and everything. He made us feel so welcome. Look around – it doesn’t get any better than this,” Sullivan stated.

A video of Sullivan showing the palace and playing with a four-year-old lion went viral on Twitter as fans were left in awe of the exciting lifestyle of the Qatari ‘Sheikh’.

The two Everton fans who went looking for beers and ended up in a Sheikhs palace chilling with a lion. 🤣🇶🇦 pic.twitter.com/IvIBDpCOLu