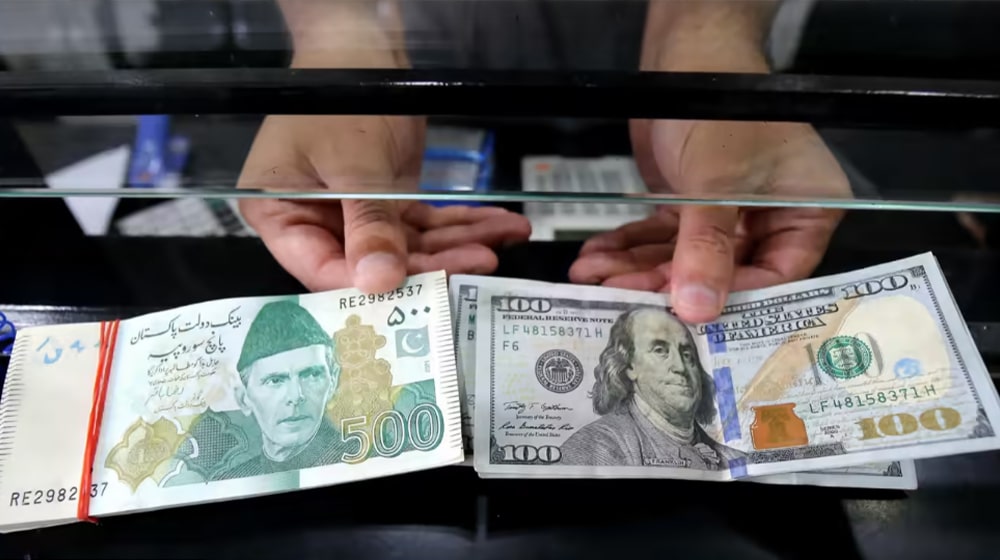 The Pakistani Rupee (PKR) reversed gains against the US Dollar (USD) and posted losses during intraday trade today. 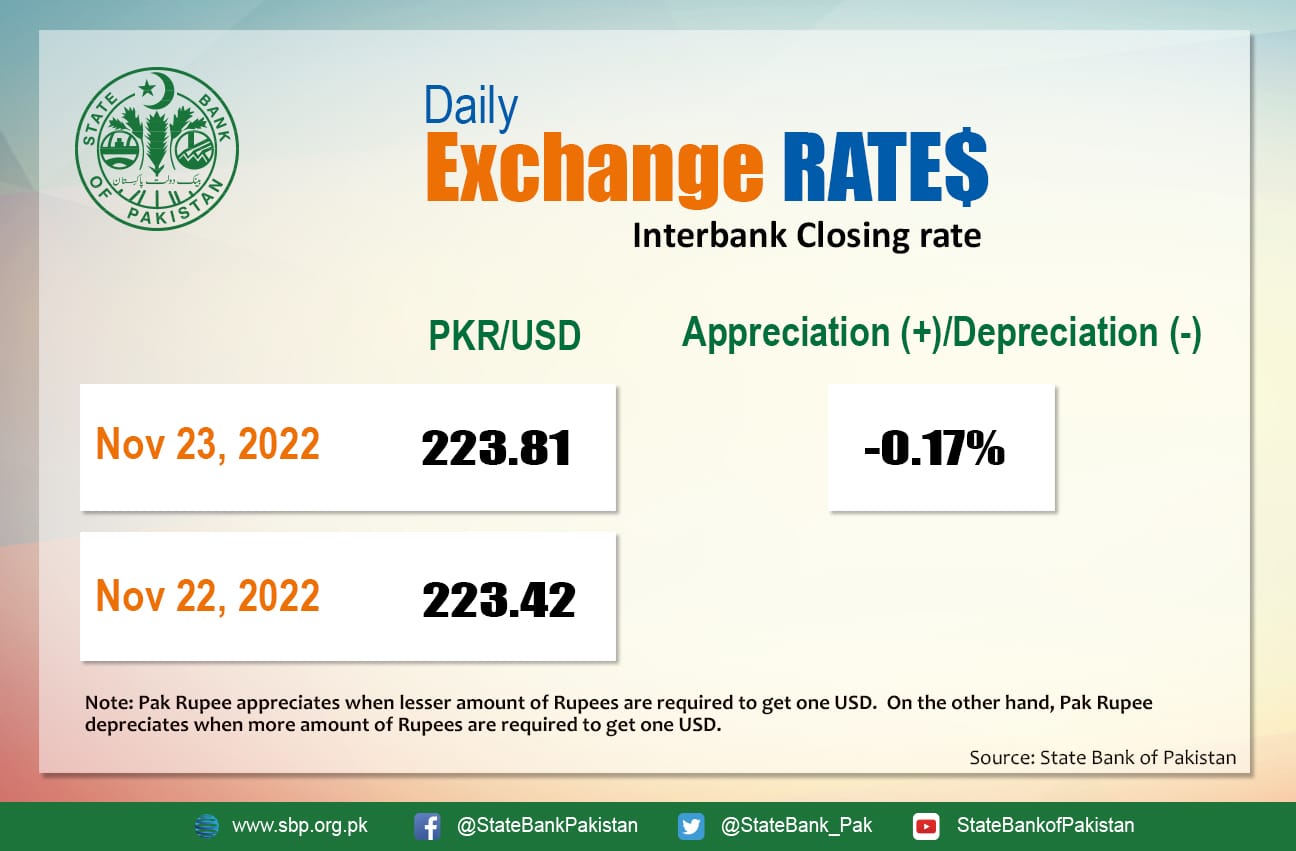 The rupee reported losses against US Dollar today despite a massive decline in Pakistan’s default risk. The country’s benchmark 5-year Credit Default Swap (CDS) dropped significantly on 22 November by a whopping 5,224 basis points to 71.64 percent. The instrument has chopped off over 52 percentage points in a single day and shows that investors are once again somewhat willing to take on Pakistan’s default risk at a price level of over 70 percent, which is still a mindboggling figure.

Money changers see today’s PKR drop as a signal for more volatile trends to come in the days ahead as the country braces for upcoming political and socioeconomic events.

Globally, oil prices fell by more than $1 per barrel as the Group of Seven (G7) nations considered a price cap on Russian oil above where the crude grade is currently trading.

Both contracts soared by more than $1/bbl earlier in the day but slipped back following reports that the G7 price cap on Russian oil could be higher than the current level.

An OECD economic forecast that predicts a slowing of global economic expansion next year added to the pressure. 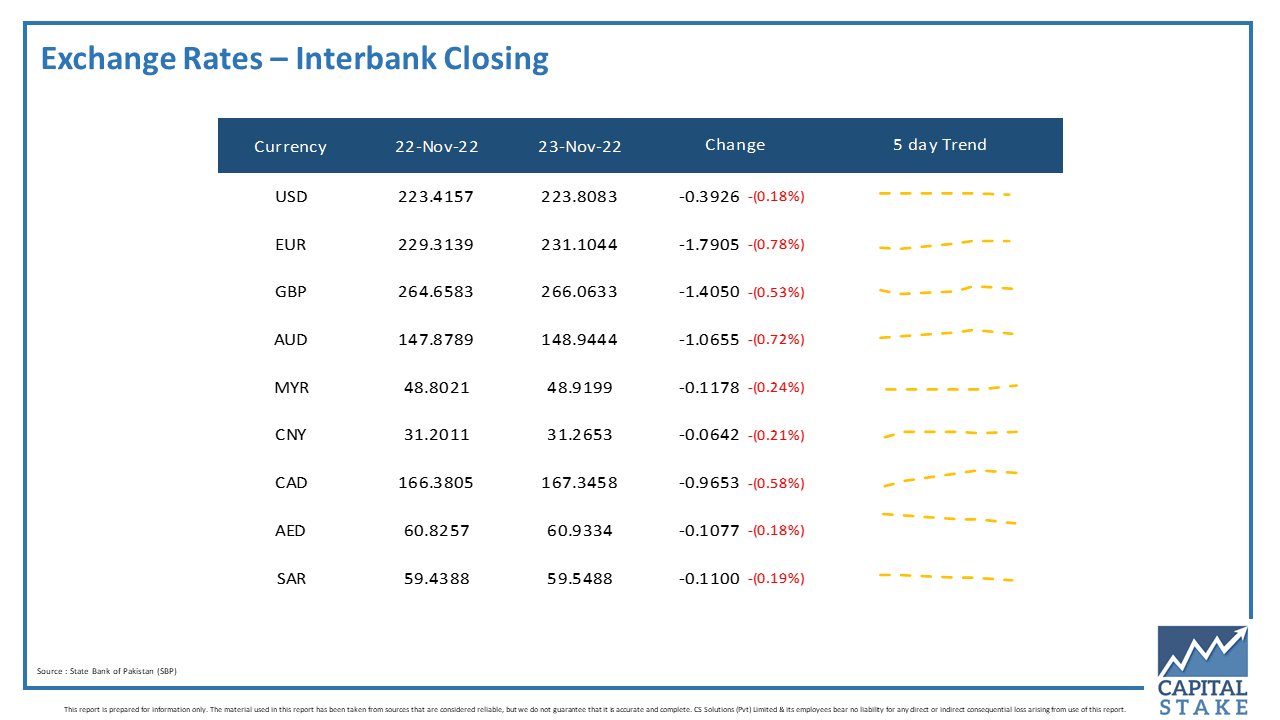