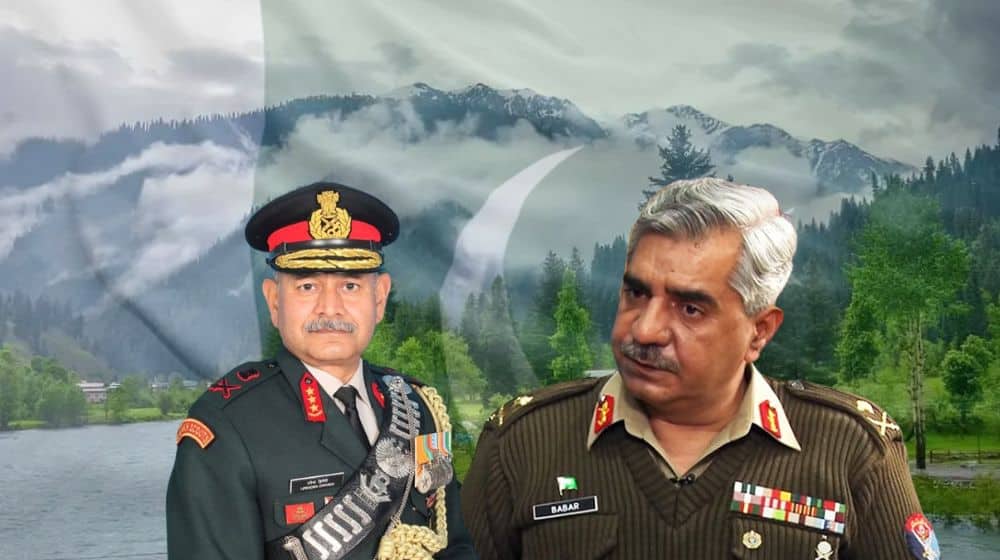 Taking to Twitter, DG ISPR termed the statement of Indian Northern Army Commander, Lt. General Upendra Dwivedi, as delusional and stated that it demonstrates how the Indian Army has been shaped by domestic political theatrics.

The development comes after the above-mentioned Indian Army Commander stated that India is ready to take over AJK whenever the Indian government gives an order.

Furthermore, DG ISPR quoted Indian allegations about Pakistan’s involvement in terrorist activities and maintained that such baseless remarks are an attempt to divert attention from India’s oppression and use of force on unarmed Kashmiris.

Moreover, he highlighted how Kashmiris are struggling for their right to self-determination as given by international law and United Nations Security Council (UNSC). In addition, he said that Lt. General Dwivedi’s comments are ‘intellectually’ disrespectful.

Also, he remarked that Pakistan Army stands with ‘good’ and supports regional peace and stability. He further stated that the Pakistan Army’s ambition for peace is aligned with its willingness to stop any attack on Pakistani territory, as demonstrated by the recent Balakot incident.

Ultimately, DG ISPR concluded his five-tweet statement by advising the Indian Army to avoid making such irresponsible comments in support of its “political masters’ regressive ideology.”