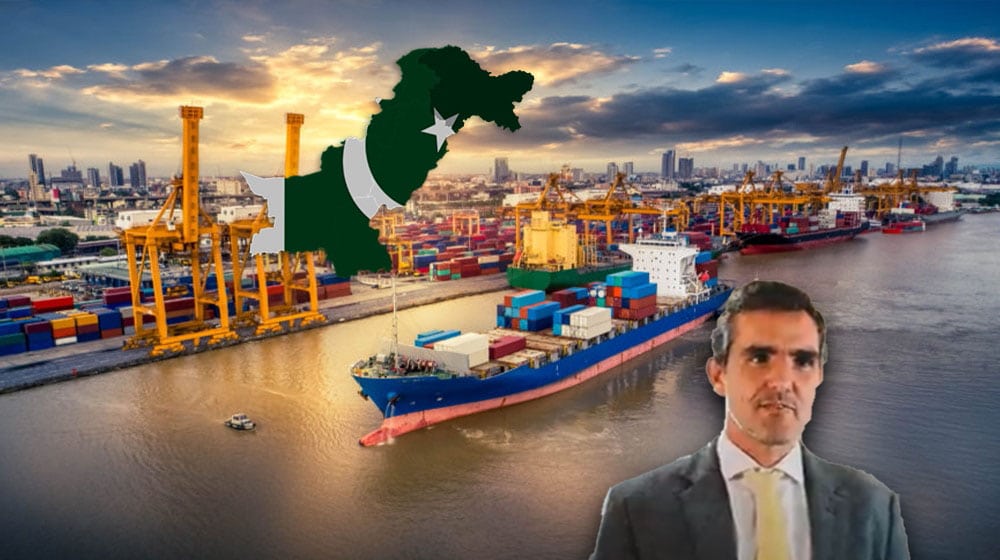 Pakistan’s July-October disaggregated trade data shows growth in exports but a decline in imports, with exports of textile and vegetable products taking hits despite positive growth, Varela stated in response to the rising uncertainty of matters concerning the country’s overall trade. 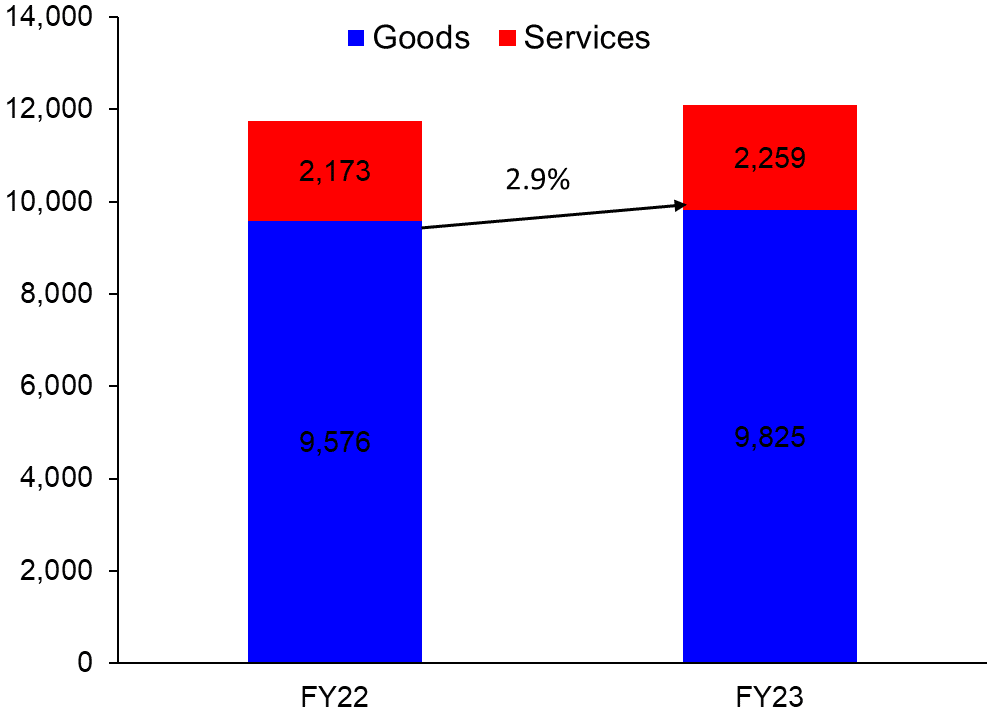 According to the WB economist, exports expanded to the US apart from contractions of shipments to China, the United Kingdom, and the United Arab Emirates. 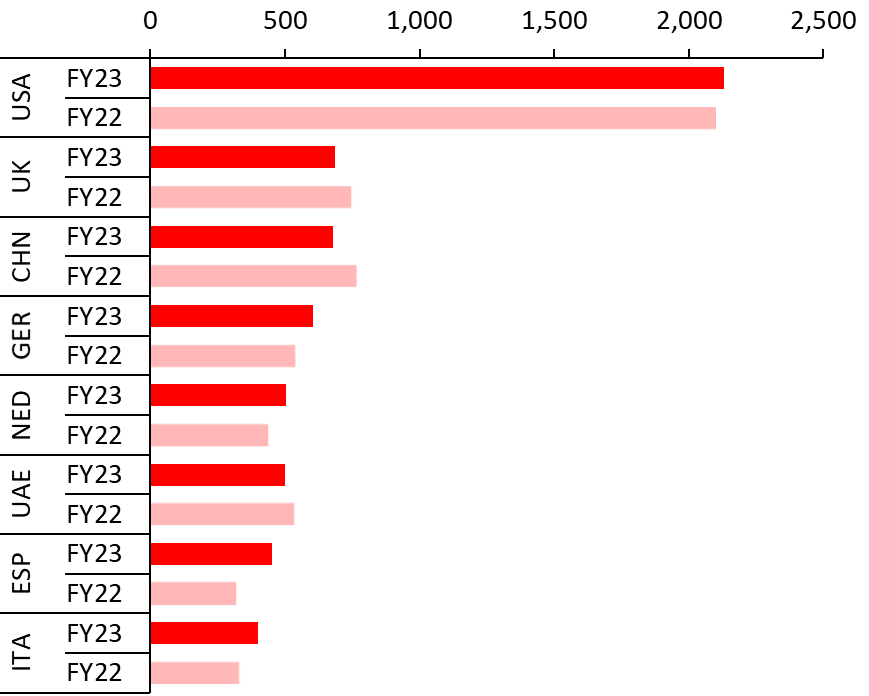 Varela went on to say that textile exports, in particular, were still growing, but very timidly. Exports of base metals, chemicals, and minerals were also reduced, according to the data segmentation. 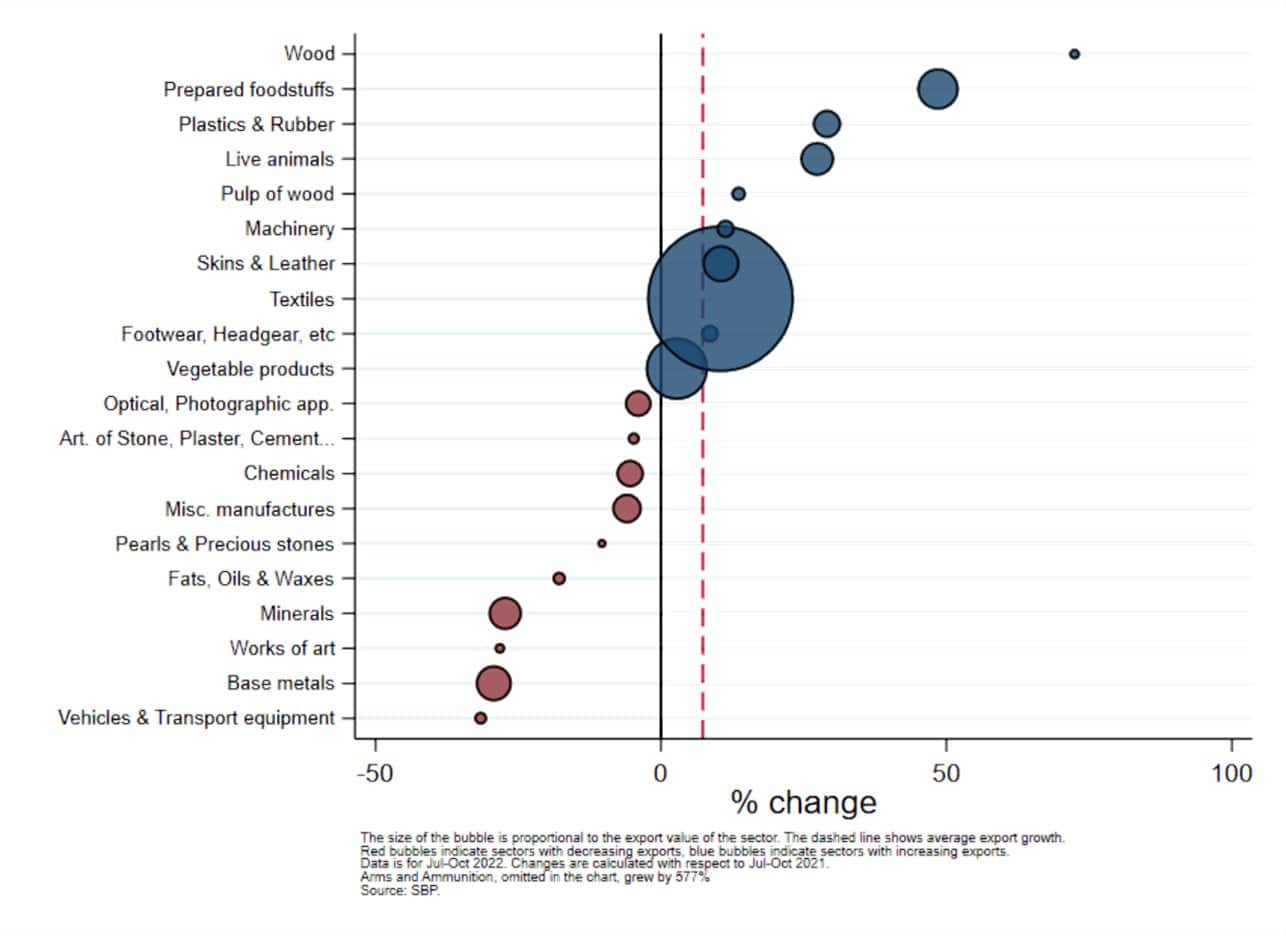 The data on month-to-month growth shows the export deceleration in vegetable and mineral products, and this is where the estimates become show the textile industry’s slowdown despite positive growth during the period. 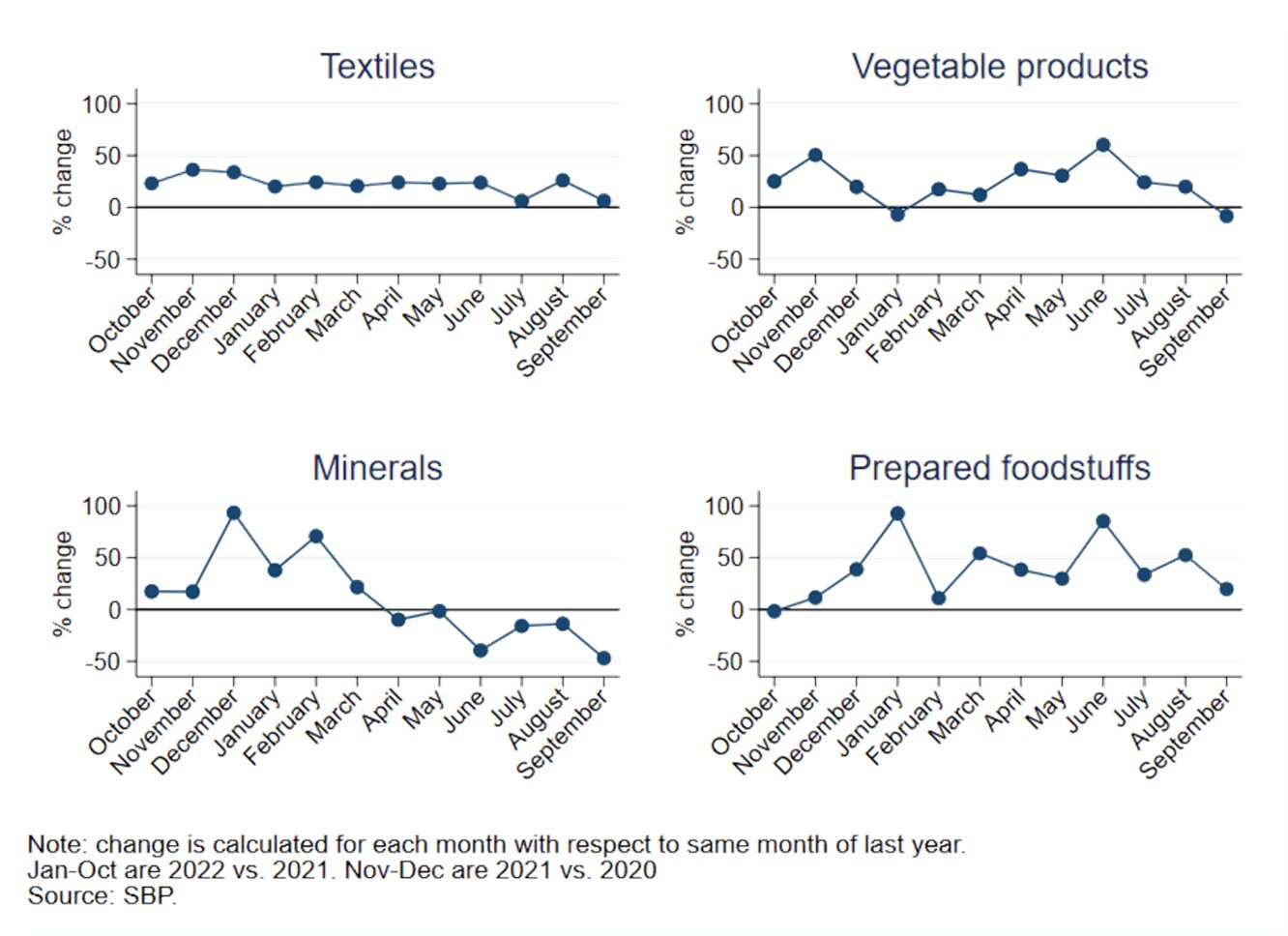 Varela pointed out the concerning decline in services exports of knowledge-intensive services, mainly Construction and Other business in particular. 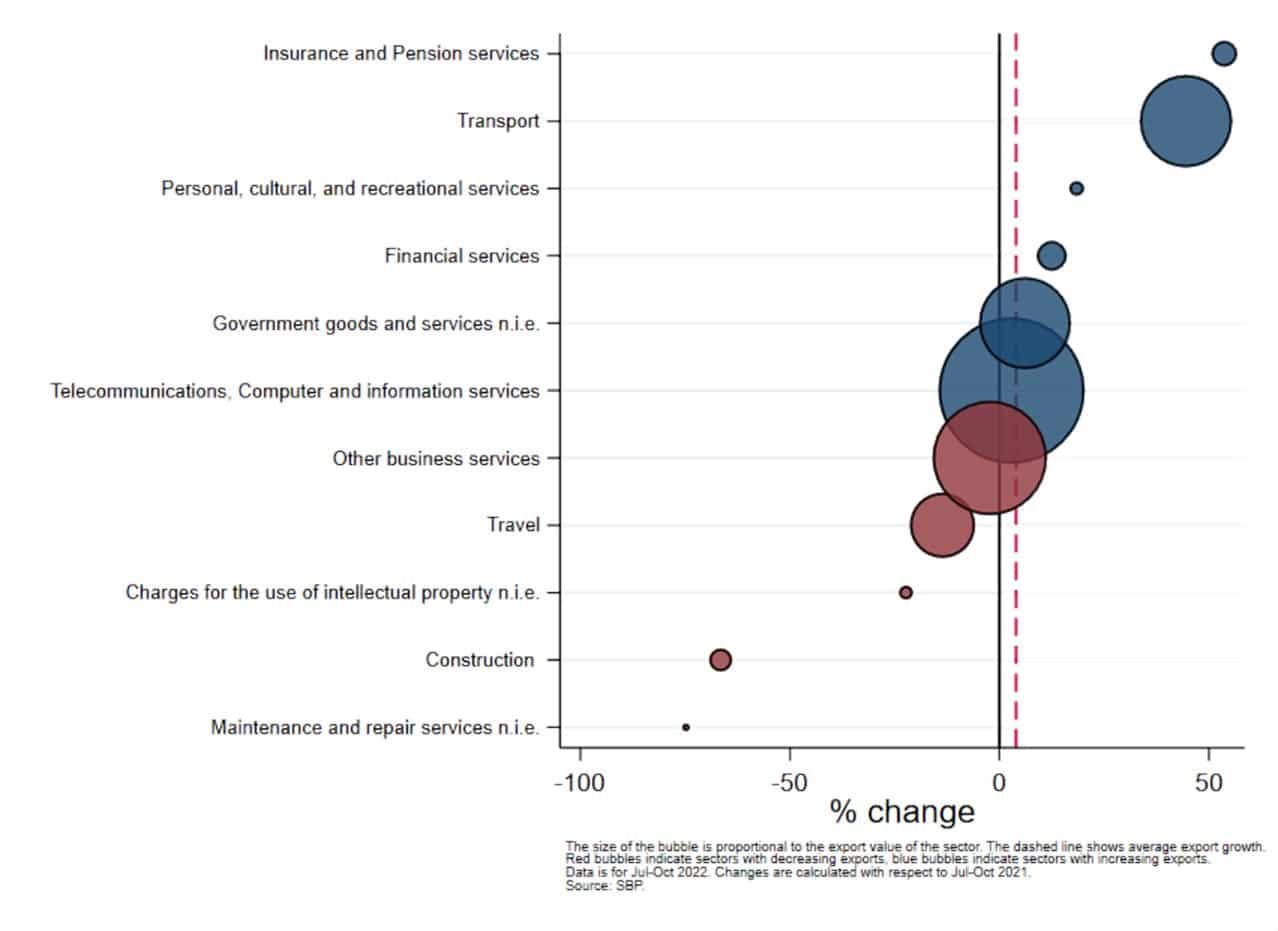 The other side of trade shows that imports have fallen by 11.6 percent in July-October FY23, with services imports declining by over 11.8 percent as compared to the same period last year. 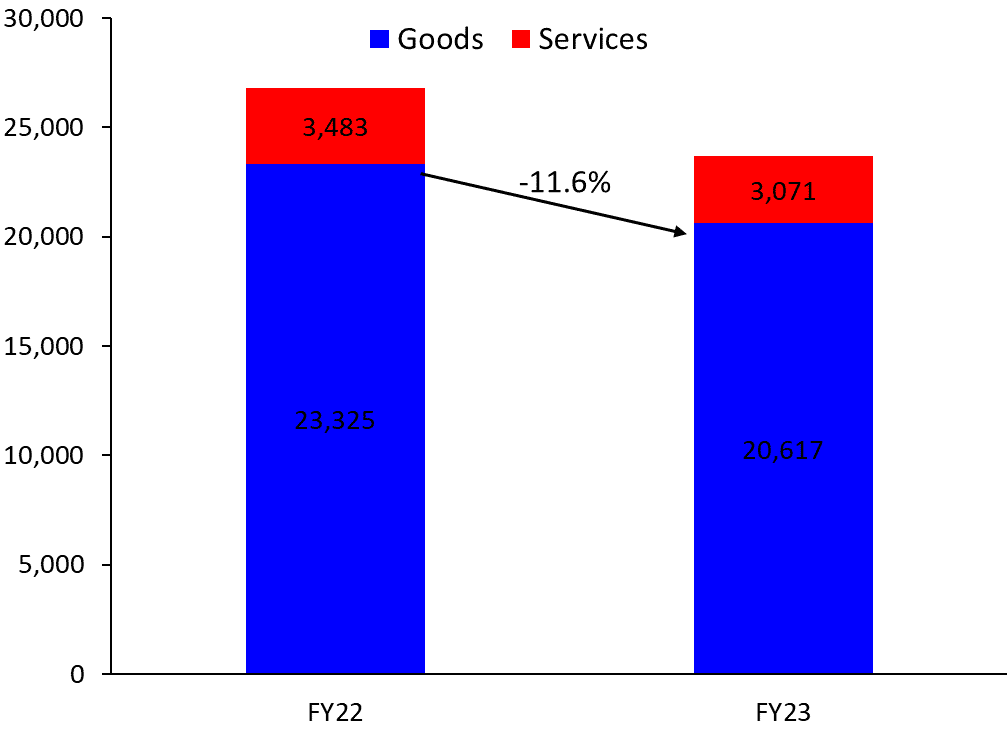 Machinery and textile imports witnessed negative growth during the period. The WB researcher described this as a leading indicator of activity and future exports of Pakistan: 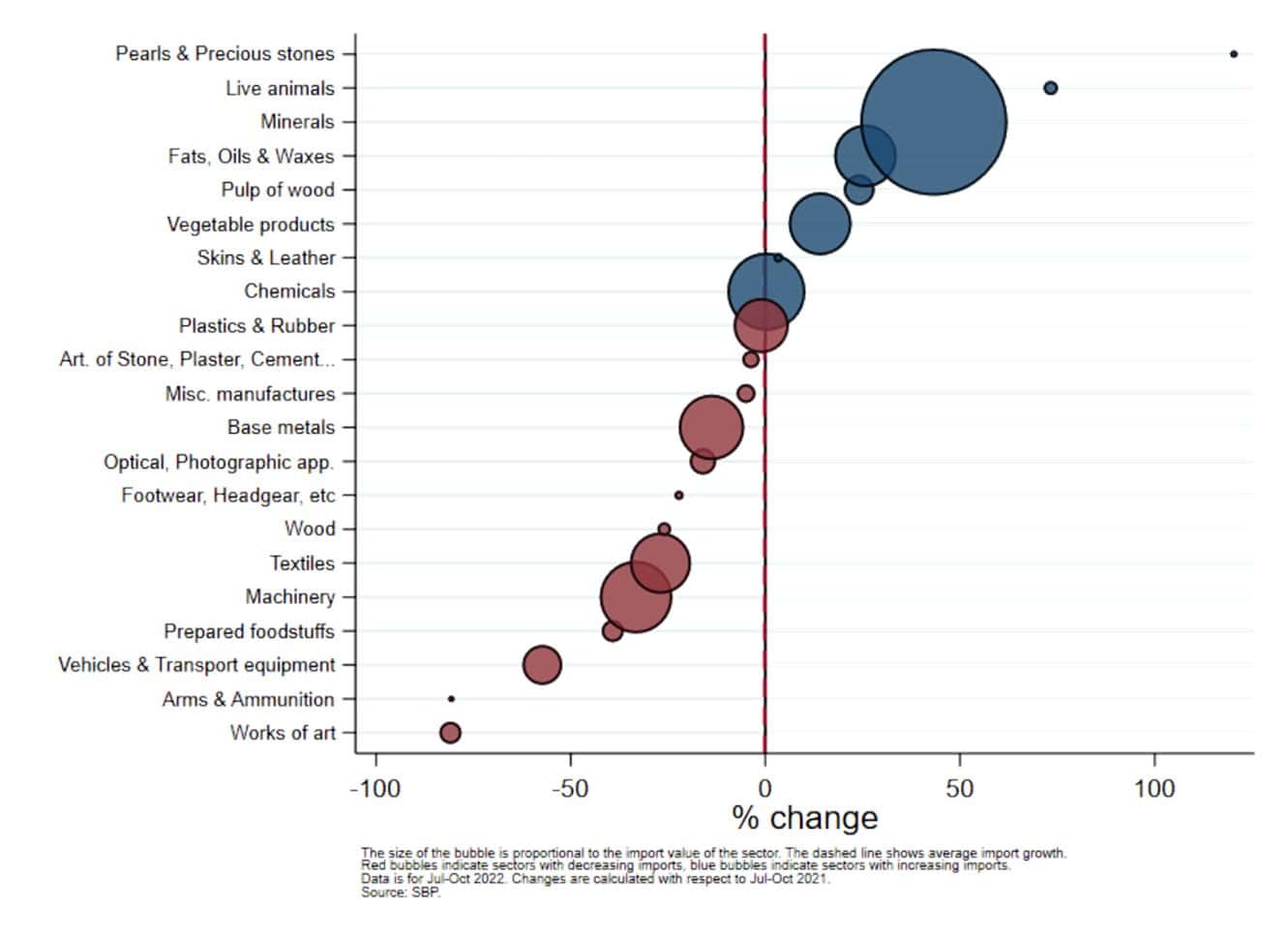 The monthly breakdown of data for the most commonly imported materials clarifies some of the decelerations: 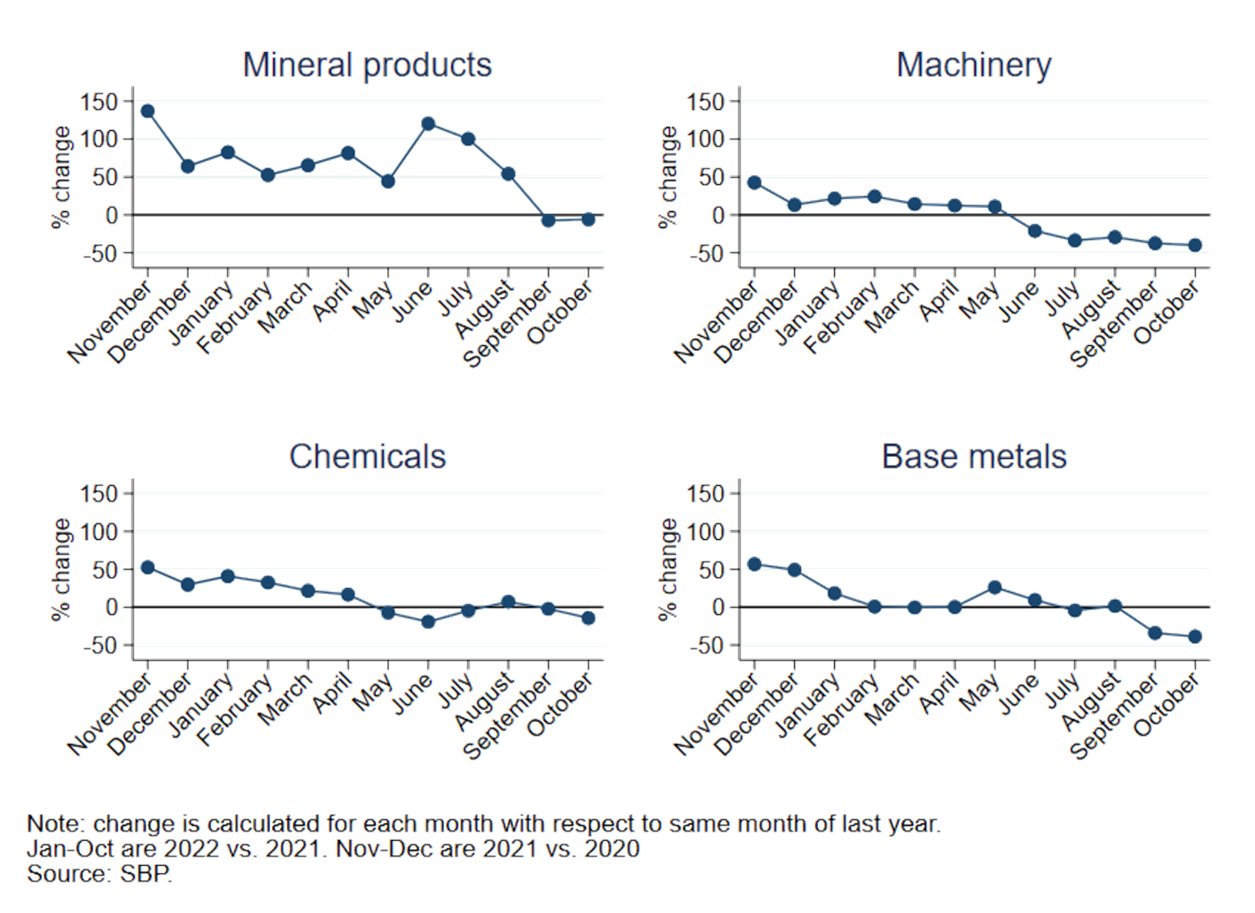 “Breaking down [of] machinery imports of FY23 (Jul-Oct) vs FY22, also telling: all types of imports of machinery in Pakistan shrinking,” Varela added. 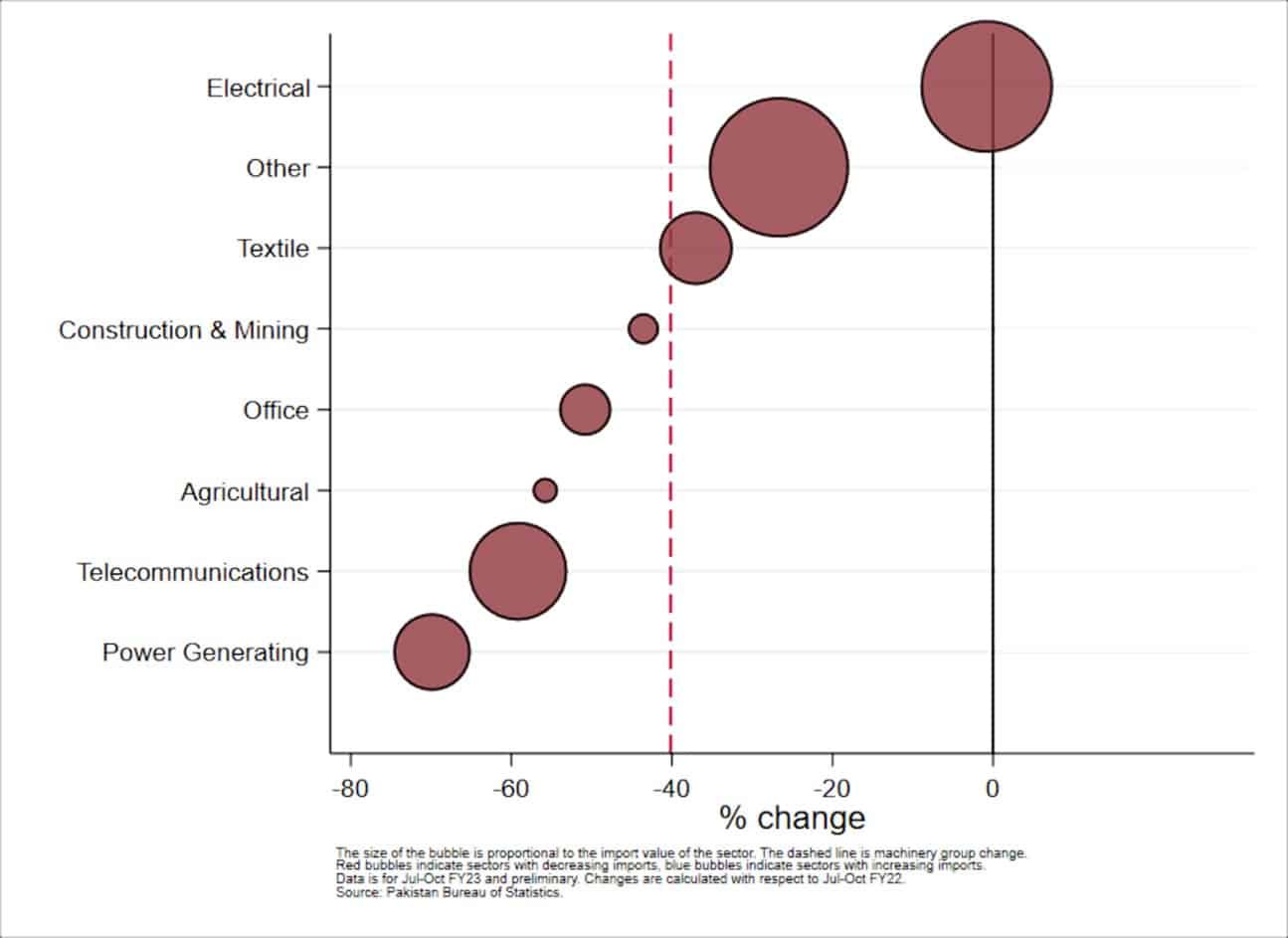 In his final remarks for Pakistan, Varela acknowledged import barriers affect exporters as the graphs show, and it is imperative to insulate them from such bottlenecks since they won’t increase external vulnerabilities already faced by the country.

The researcher concluded that exporters taking care of the services sector need some leeway to move dollars across borders, something that might just help provide the required support.