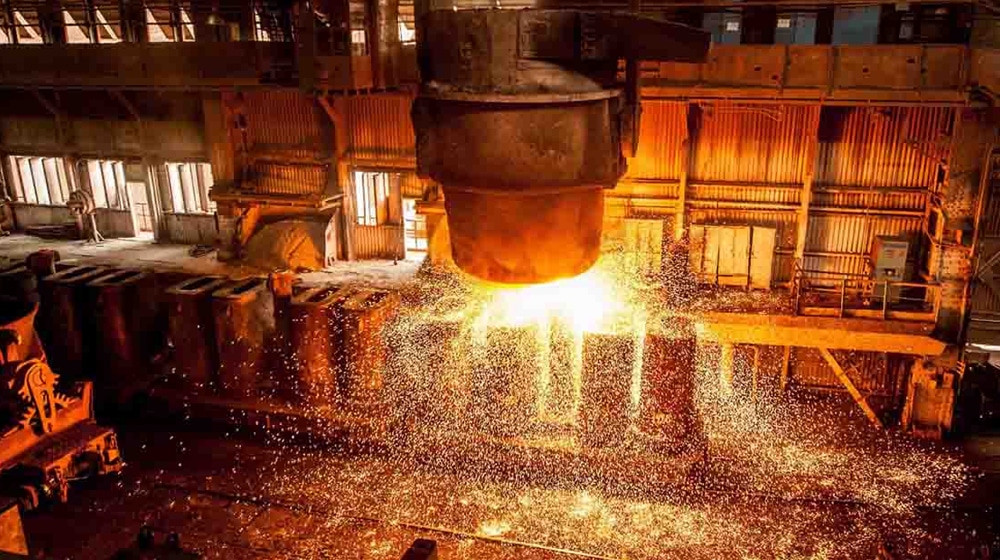 The management of the Pakistan Steel Mills (PSM) has fixed two out of three accused employees who were reportedly involved in a theft incident of three metric tons (MTN) of brass and copper worth around Rs. 4.7 million from the organization, it is learned.

A senior official in the Ministry of Industries and Production confirmed the theft incident and said that the PSM management reported the incident. The official further said that as per the evaluation of the investigation committee, the estimated value of stolen brass and copper is around Rs. 4.7 million.

He said that the Ministry of Industries and Production has forwarded the case to the Federal Investigation Agency (FIA) for further inquiry.

The Federal Investigation Agency (FIA) has started an inquiry and collected the relevant records from PSM officials. The PSM registered an FIR for the theft incident and also ordered an inquiry into the case.

The official said that at least three employees have been found involved in the theft incident, and the management has started taking action against the involved employees under the law.

He said that the management dismissed one employee. The management is recovering Rs. 1.57 million from the second employee, and an inquiry against the third employee is underway and close to finalization.

It is important to mention that the Public Accounts Committee (PAC) also took notice of the alleged theft and directed that a high-level inquiry committee be constituted, preferably by the FIA or the National Accountability Bureau (NAB).

The said direction of PAC has been forwarded to the FIA to investigate the case. The official said that both criminal and administrative action shall be taken against the employees if the allegations are proven true by the FIA’s investigation team.

It is pertinent to mention here that PSM Karachi is one of the main PSEs which is closed due to unbearable losses. According to the different official reports, the payables of PSM are hundreds of billions of rupees, despite the fact that the federal government is injecting billions from the national exchequer to pay salaries to the employees of the corporation, which is not contributing to the national economy.