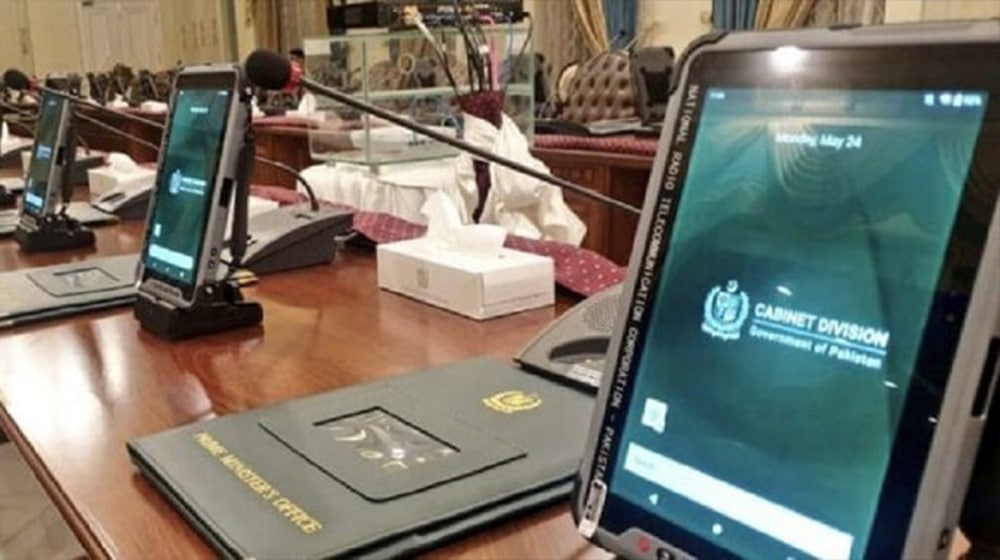 The Ministry of Information Technology and Telecommunication (MoITT) has initiated the process of replacing tablets for cabinet meetings that pose a security risk.

Well-informed sources from the ministry told ProPakistani that a tender will soon be issued for procurement. The tablets will use local (native) software which will be subjected to a security clearance under the supervision of the National Telecommu­nication and Information Technology Security Board (NTISB).

Sources said three indigenous software have been shortlisted after initial testing by relevant officials. More importantly, multinational companies will be invited for arranging the new tablets at the earliest.

The tablets currently under use are old, bulky, and require license renewals, so the better and safer option was to simply upgrade to newer and faster technology. Upon consideration, it was decided that smart tablets with modern technology will be purchased for cabinet meetings.

Prime Minister Shehbaz Sharif had earlier ordered an inquiry into the use of Indian software in cabinet tablets. The inquiry committee at the time deemed cabinet tablet security unsatisfactory; however, contrary to expectations, no security flaws were discovered, according to officials of the National Information Technology Board (NITB).

According to sources, the NITB was not able to convince the NTISB, and as a result, the decision to replace tablets with new ones was made.