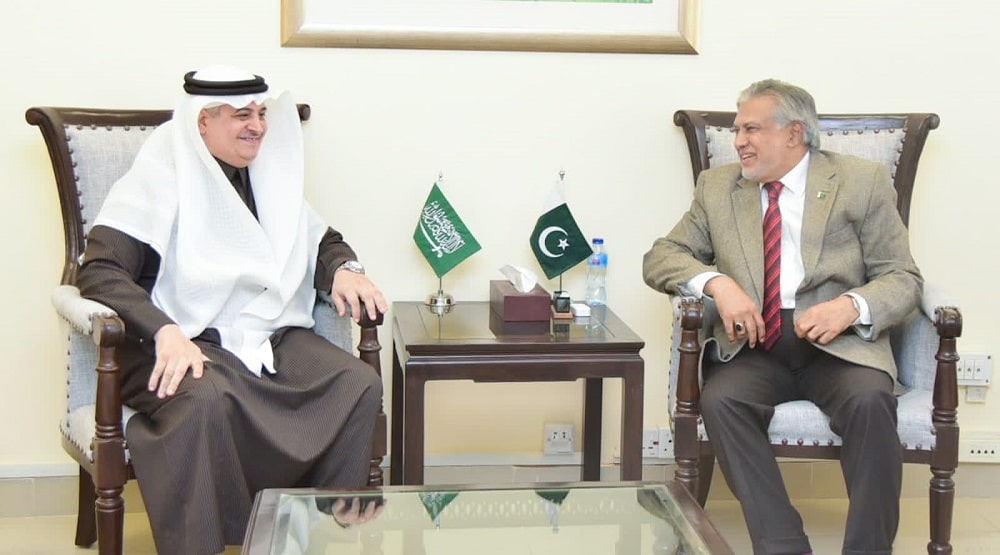 The Saudi envoy called on the Federal Minister for Finance & Revenue Ishaq Dar at Finance Division.

The minister highlighted the historical, religious, cultural, and long-standing bilateral ties between Pakistan and Saudi Arabia. It was shared that both states enjoy an exceptional relationship on various fronts including economy and trade.

The finance minister apprised the ambassador about the ongoing post-flood reconstruction and rehabilitation program. He thanked the envoy for extending the term of the $3 billion deposit in the State Bank of Pakistan (SBP) by the Saudi Fund for Development (SFD). He also thanked Saudi Fund for Development for their valuable investments in different sectors of Pakistan’s economy.