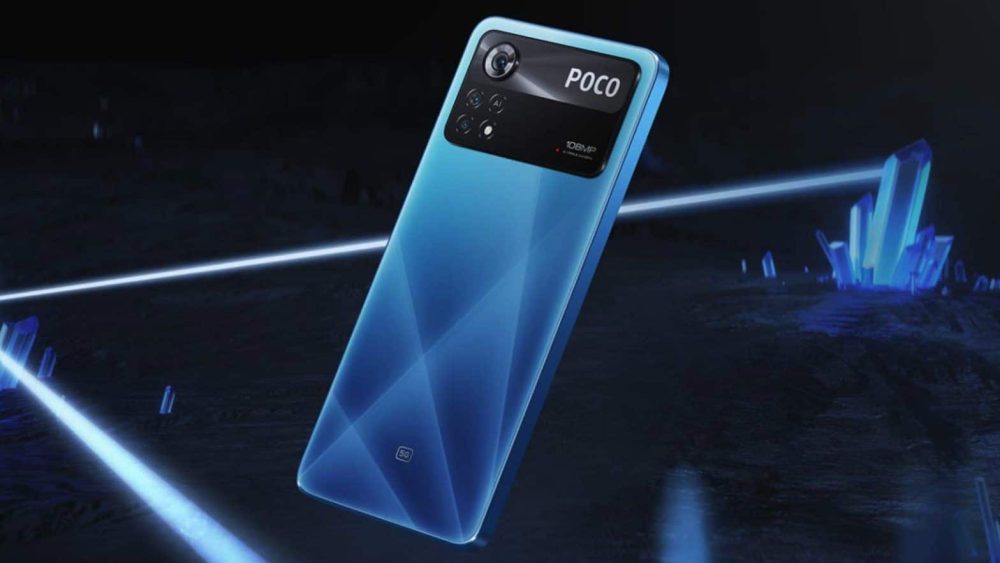 Poco X4 Pro’s successor is ready to launch around the world soon, as confirmed by a recent teaser that appeared during a Bollywood movie screening in India. This teaser image confirms that the X5 Pro will launch on February 6, 2023.

The authentic-looking image appeared at the end of the Bollywood movie Pathaan. The image confirms the phone’s design and also shows that it will debut on Flipkart first, which is usually the case with Indian launches.

Looking at the design, we can tell that this is just a Redmi Note 12 in a different skin. A European retailer has already leaked the Poco X5 Pro’s full spec sheet, which shows that it’s going to carry over most of its specs from its predecessor.

According to the leak, the display is going to be a 6.67-inch AMOLED screen with 1080p resolution, just like the Poco X4 Pro. The leak does not mention a refresh rate, but it is most likely going to stay at 120Hz.

The main camera will be the same 108MP 1/1.52” image sensor (0.7µm pixels) with an f/1.9 aperture, but thanks to the upgraded chipset, it will finally be capable of 4K video recording. There will also be an 8MP ultrawide shooter, a 2MP macro camera, and a 16MP selfie shooter.

The battery should be a 5,000 mAh cell with 67W fast charging support, just like last year.

There is no word on pricing yet, but since the X4 Pro launched for around $350, we expect the same price range for the X5 Pro as well.