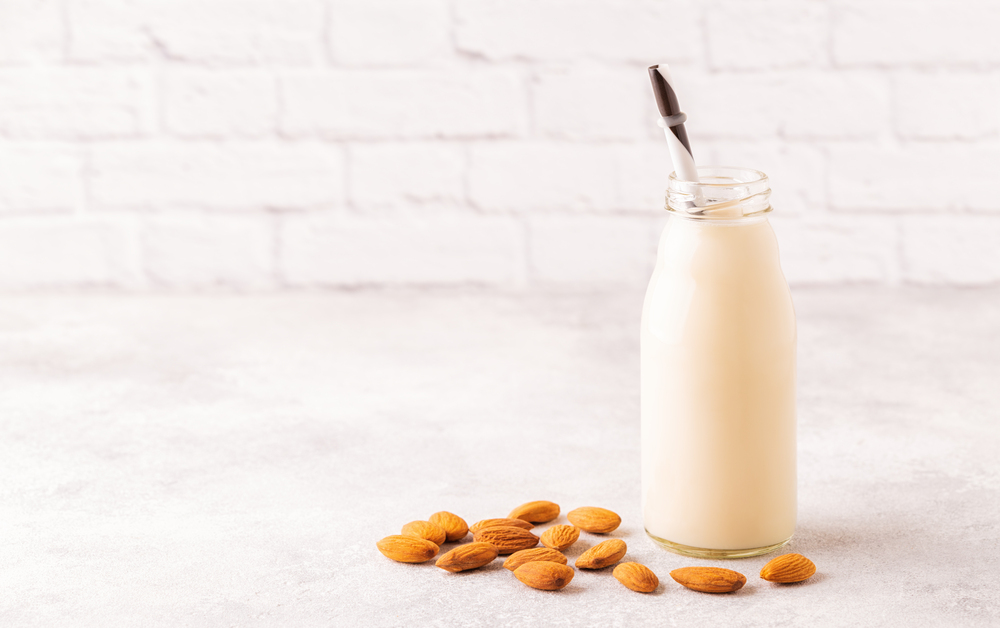 Almond milk is no less than a blessing for those who are looking for a healthy drink to add to their diet. This milk is rich in calcium, vitamin D, and many minerals. Despite being rich in so many essential components, almond milk is also fairly low in calories. That is why most people consider it as a healthier option as compared to regular dairy milk. Especially the people who are on a vegan diet are very fond of this drink. Most people assume that almond milk is also a high-protein drink due to its nice, creamy texture. In this article, we will discover whether this statement is true or not.

How Is Almon Milk Prepared

This mineral-rich milk is prepared by blending water with almonds and then straining the mixture. Almond milk can also be prepared by adding water to almond butter. Due to its nutritional composition and low calories, almond milk is a very useful substitute for diabetic patients. This milk is not likely to raise blood sugar levels, and therefore, it is completely safe to consume. The most amazing fact about this milk is that is safe to consume for those who are lactose intolerant. This is because this milk, unlike regular milk, is completely lactose-free.

A nutritionist, Bhuvan Rastogi does not agree with the fact that almond milk is ‘high’ in protein. According to his findings, a 30 g wheat roti contains more protein than a 200 ml pack of almond milk. “One 30g wheat roti has 3-3.5 grams protein. Almonds are higher in protein density by weight than wheat, but to get 3.5 g protein you need to consume about 13-16 almonds. Since most types of commercial almond milk only use 4-5% almonds, most have just 1 to 2 g protein per 200 ml” Rastogi points out in his latest Instagram post.

Facts About Other Types Of Vegan Milk

Rastogi further emphasizes that all types of vegan milk are not high in proteins. “There are many comparable vegan protein sources, even in the least expected places”, he says. He is of similar views about oats and says that oats are too low in protein. Oat milk, according to him, contains only 1.4g of proteins per 200ml. According to experts, if you want to go for vegan milk, soy milk is the best option. “Soy by virtue of being a legume is much better, with most soy milk varieties giving around 3 g protein per 100 ml making it the best choice for vegan milks if protein is the priority (5-6g per 200ml)” Rastogi says.

It is also explained that all types of vegan milk are prepared by blending nuts and grains with water, therefore, it Is essential to go for less dilute options. The more the concentration of the nut/grain, the more will be the protein content of the milk. Therefore, before buying vegan milk, it is important to read the label carefully. However, it is also agreed that to fulfill your protein requirement, you shall be consuming nuts directly, instead of milk.

Some Risks Associated With Almond Milk

Despite the benefits that almond milk can generate for you, it might also come with various health risks.

Almond Milk Is Unsuitable For Infants

Children who are under one year of age shall not consume plant-based milk, nor should they be given cow’s milk. Drinking these kinds of milk can be a cause of decreased iron absorption in the body of the infant. Moreover, with the exception of soy milk, plant-based milk also contains a low number of proteins, calories, fats, minerals, and vitamins. Therefore, they are not suitable for an infant’s diet.

Most types of processed almond milk that are available in the markets contain different kinds of additives. These additives usually include sugar, salt, flavors, gums, and emulsifiers like lecithin and carrageenan. The purpose of adding emulsifiers and gums to almond milk is to improve the texture and consistency of the beverage. These additives are generally safe unless they are consumed in high amounts.

Carrageenan, for instance, if consumed in a high amount can disrupt gut health. There are, however, many companies that avoid such additives altogether. On the other hand, flavored and sweetened almond milk can become the cause of weight gain in some people. Due to the addition of sugar and flavors, the number of calories present in the milk also increases. Some people might also face dental cavities and other chronic conditions.