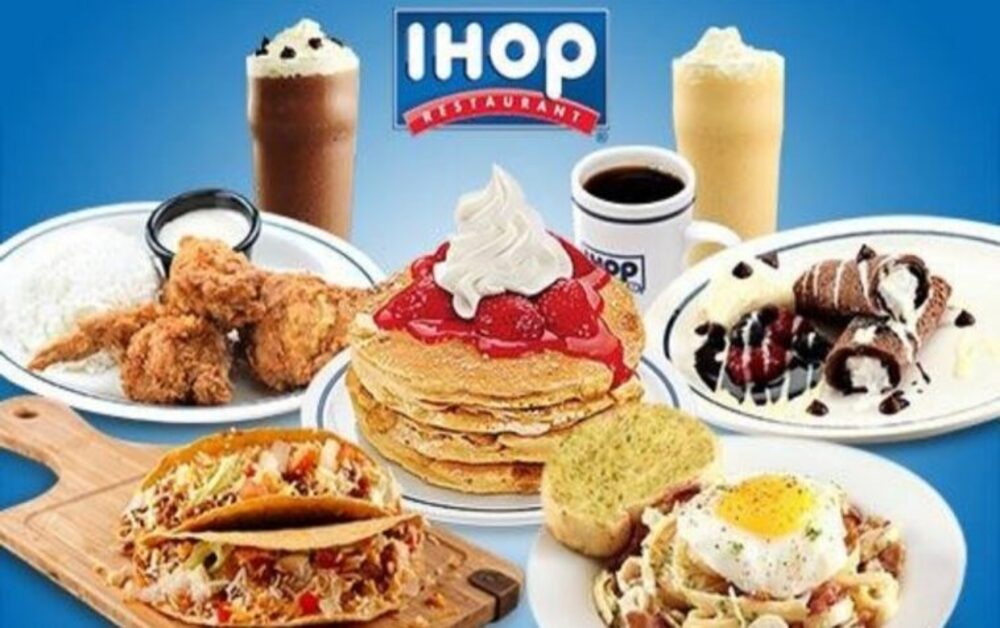 Good news for all the pancake lovers in Lahore, as the world-famous IHOP opens its branch in the city. For those who are unaware, IHOP (International House of Pancakes) is an American pancake chain that specializes in breakfast foods. The multinational pancake opens its second branch in Pakistan in the vibrant city of Lahore on M.M. Alam road. Though the inauguration of the pancake house was held the previous week, the restaurant will be operational starting from 15th March.

Gerry’s Group, a Pakistani food, and beverage giant welcomed the international food chain in 2020 in Karachi. The launch of IHOP in Pakistan is a part of Gerry’s Group’s plan to enhance the brand’s presence in the culinary sector of Pakistan. Furthermore, the California-based parent company of IHOP announced a deal with Gerry’s Group to open 19 restaurants all over Pakistan. According to the reports, Gerry’s Group will manage 9 branches, while the rest being sub-franchised. The restaurant will continue to open its branches in other cities of Pakistan including Islamabad, Sialkot, and Faisalabad. Gerry’s Group is a renowned group in Pakistan having different business alliances which include FedEx, Gerry’s Visa, Gerry’s Travels, etc. 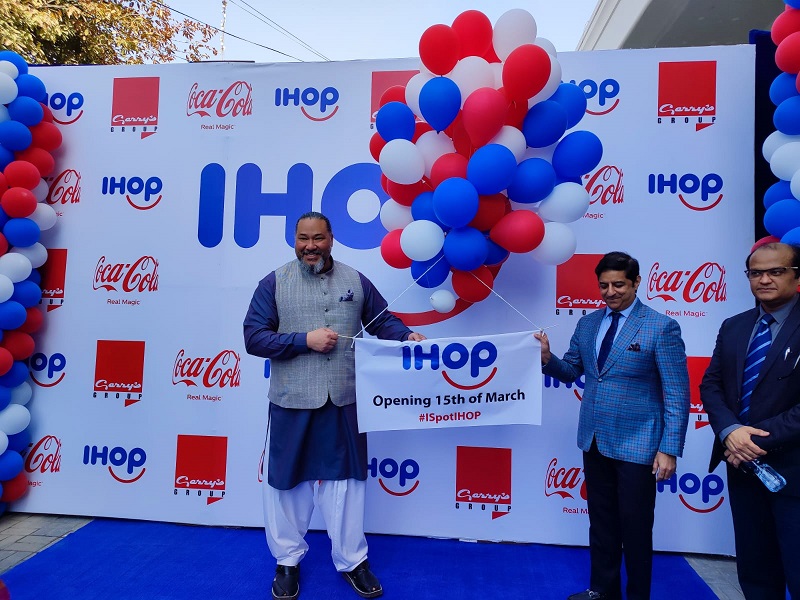 Located in Gulberg 2 Lahore, the grand opening of the IHOP in Lahore took place the previous week. People from all walks of life including diplomats, bloggers, influencers, and prominent members of the business community attended the opening ceremony. H.E. William K Makaneole, Consul General of United States in Lahore, Mr. John Coronado, Commercial Counselor from the US Embassy in Islamabad attended the event. The restaurant served the guests mouth-watering dishes that left them feeling happy and satisfied.

During the ceremony, Mr. Arshad Wali Mohammad, Group Director for Gerry’s said, “Pakistanis have a very versatile palette and IHOP pancakes are loved by diners of all ages”. He further added that the business will expand to other cities of Pakistan, giving everyone the chance to taste happiness.

William Makaneole, US Consul General in Lahore, mentioned in his speech, “IHOP’s arrival adds another bright spot to the Lahori food scene and, I’m sure the residents of this beautiful city are glad they’ll be able to enjoy IHOP’s famous pancakes and other treats”. Furthermore, John Coronado, Counselor for Commercial Affairs at the US Embassy in Islamabad added, “pleased to see the globally recognized IHOP brand grow its presence in the country. Noting that the US Commercial Service stands ready to encourage further partnerships between the US and Pakistani businesses.”

What The Restaurant Offers

Here’s a complete menu of IHOP in Lahore: 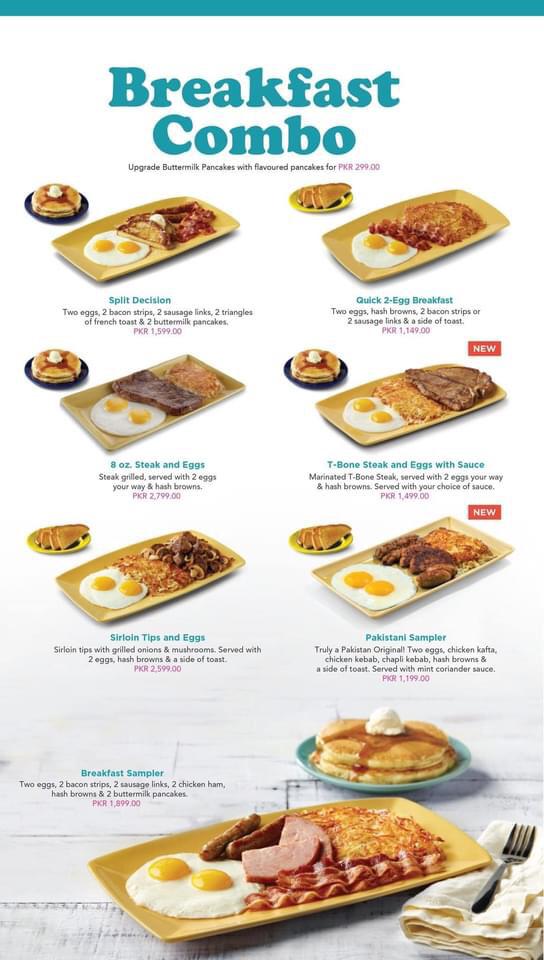 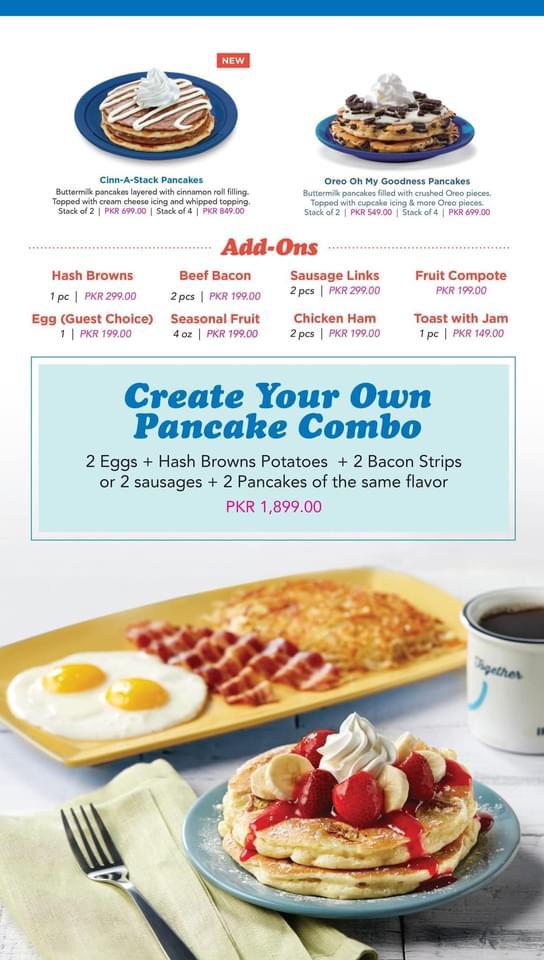 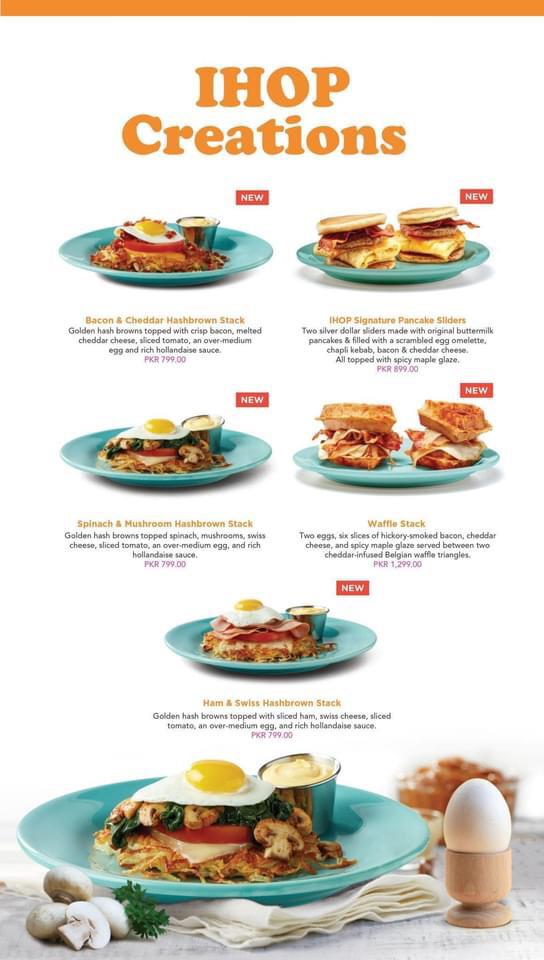 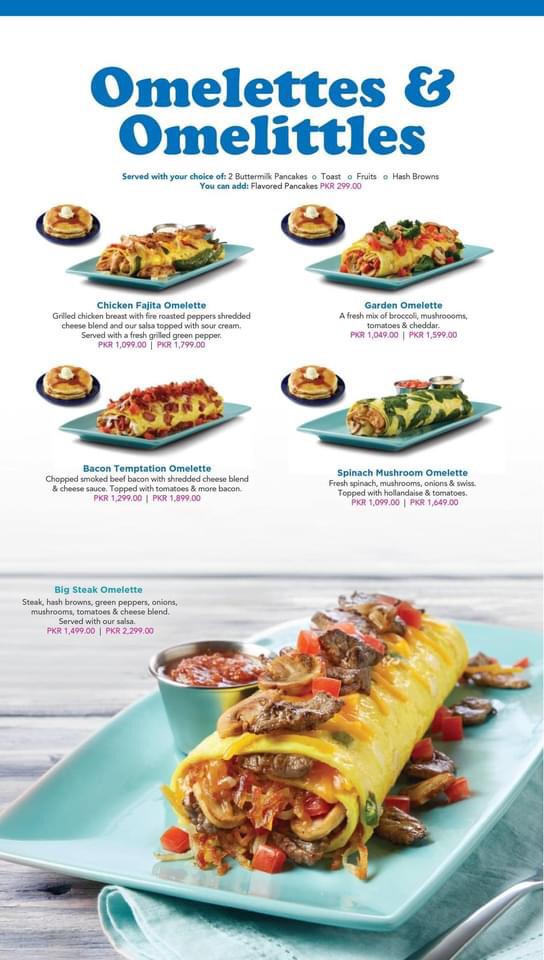 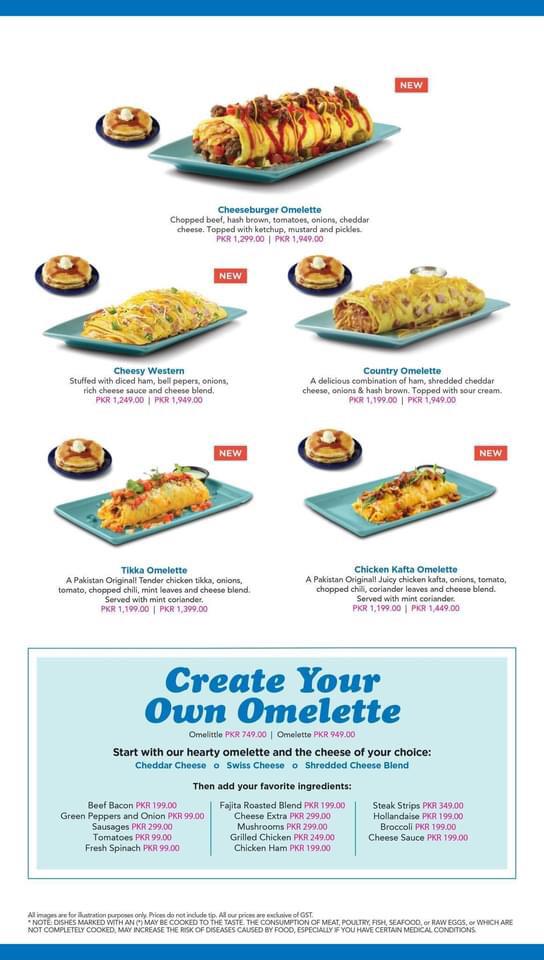 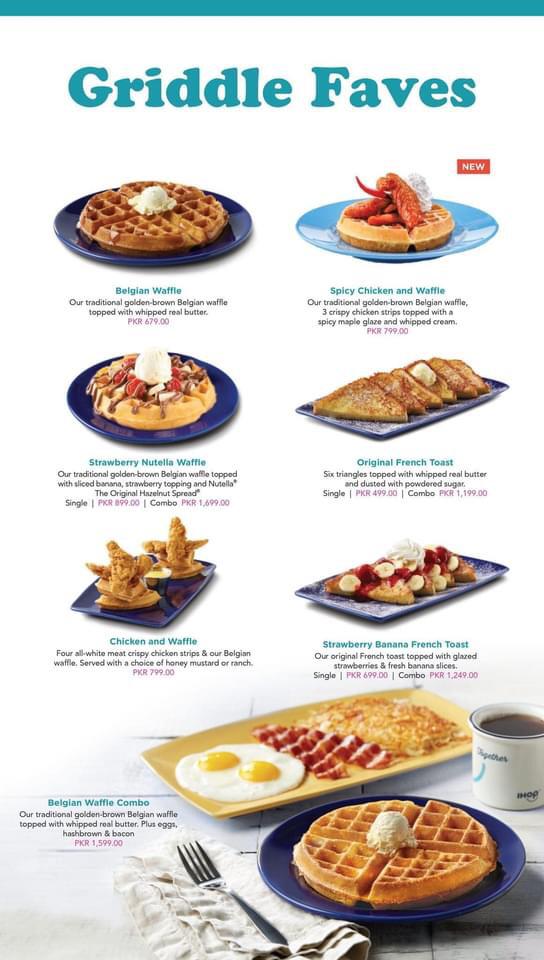 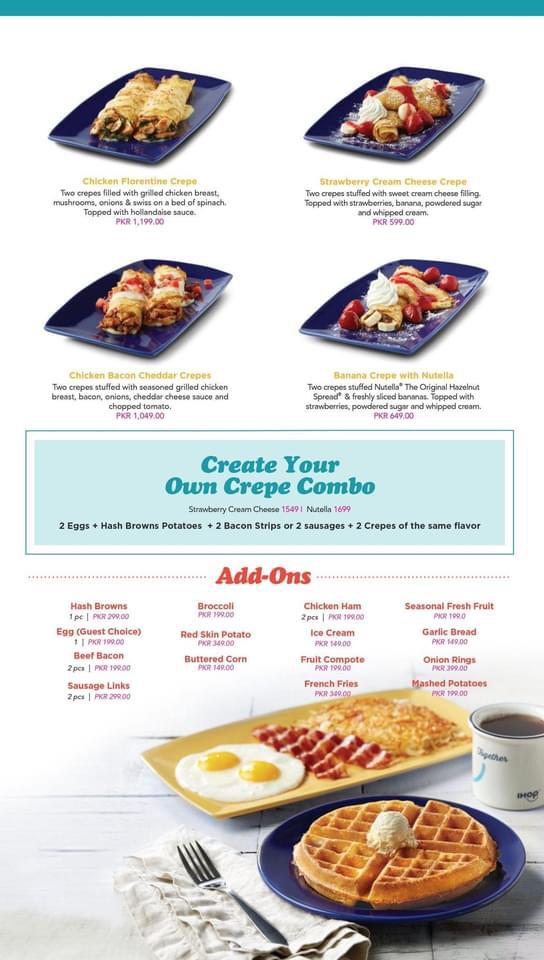 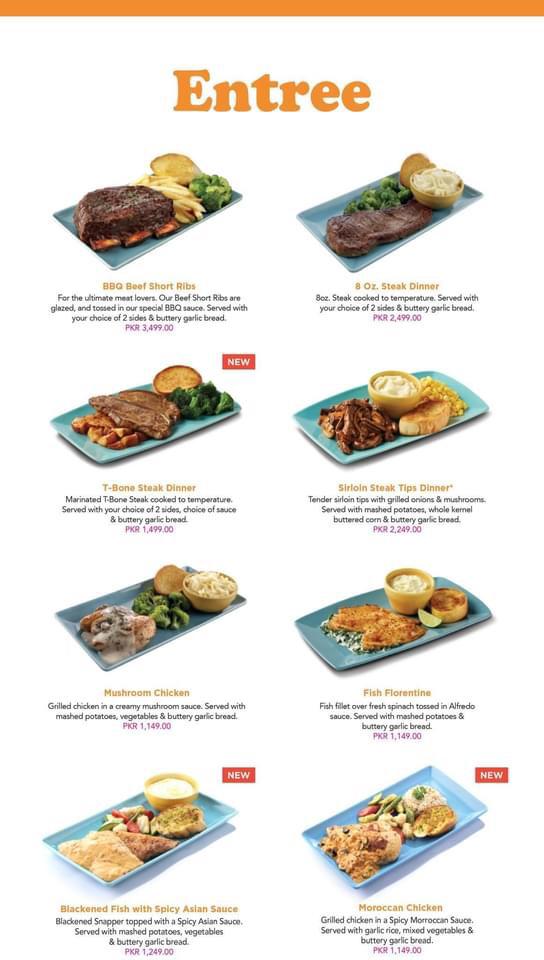 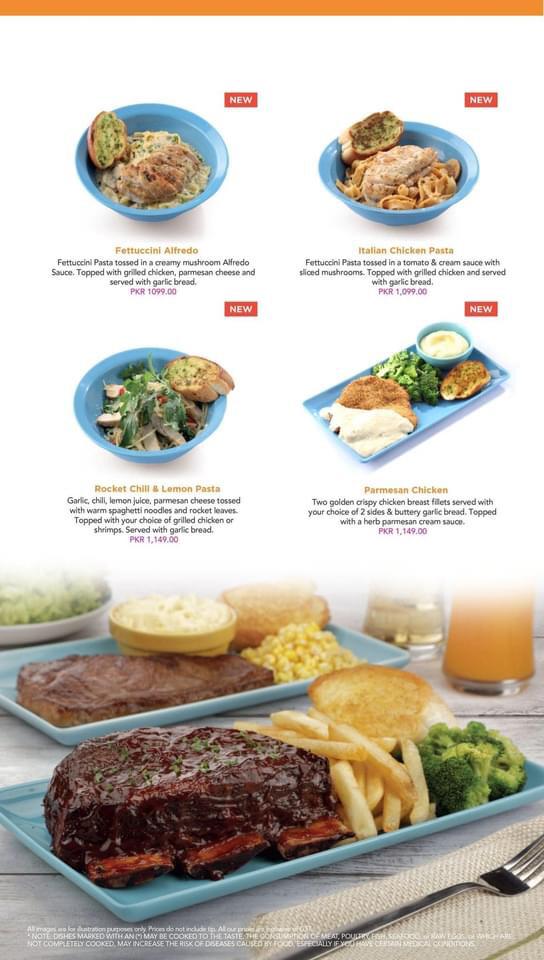 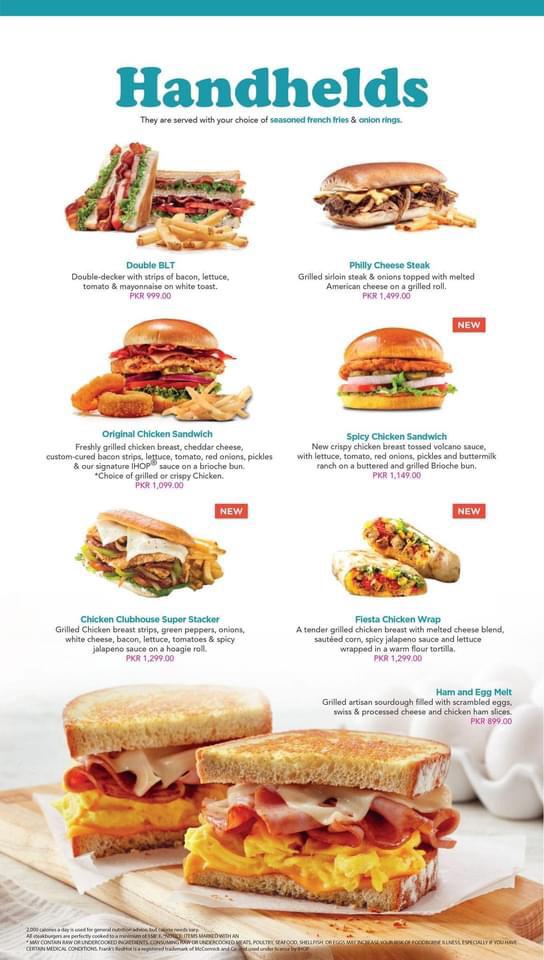 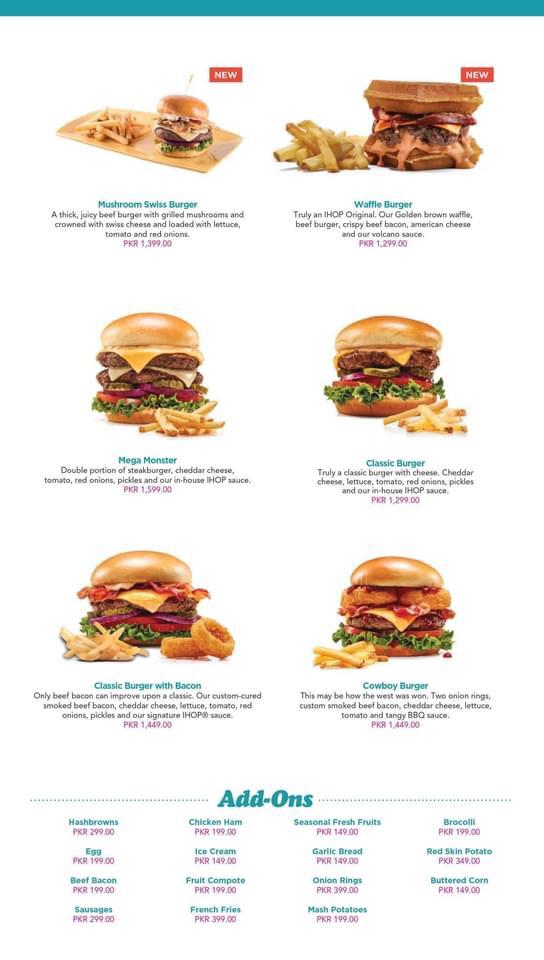 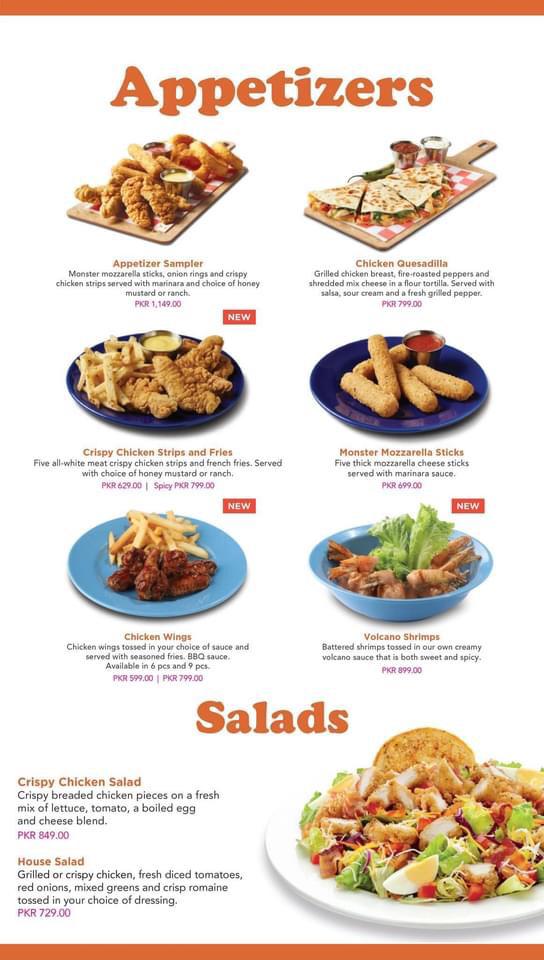 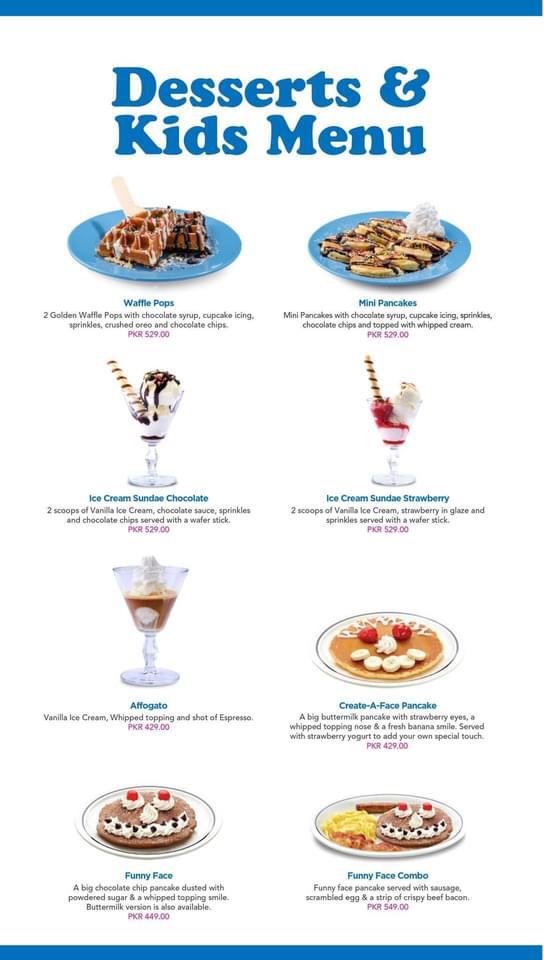 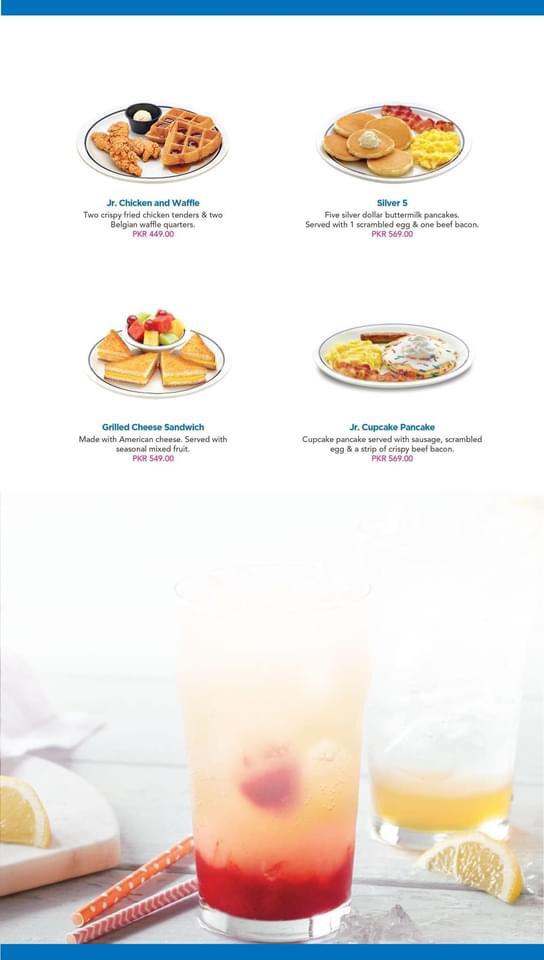 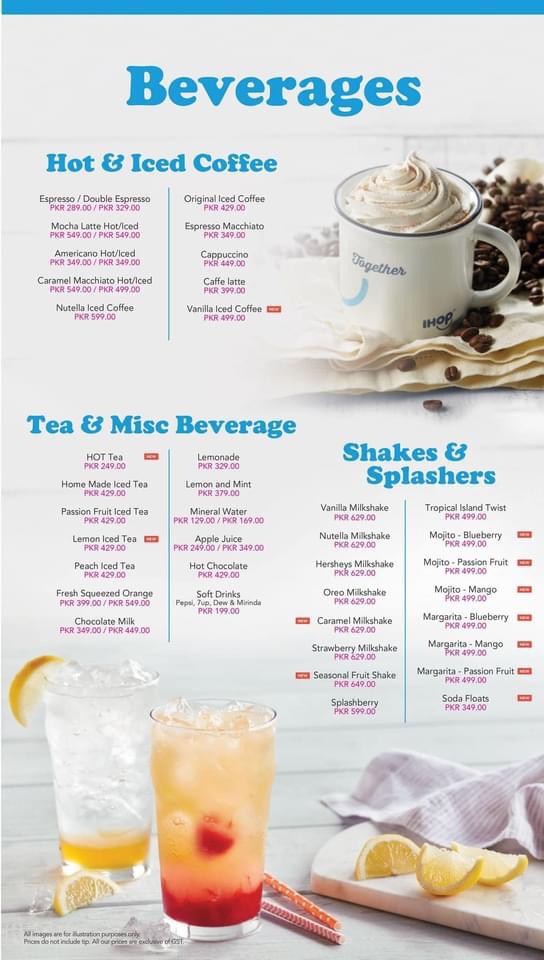 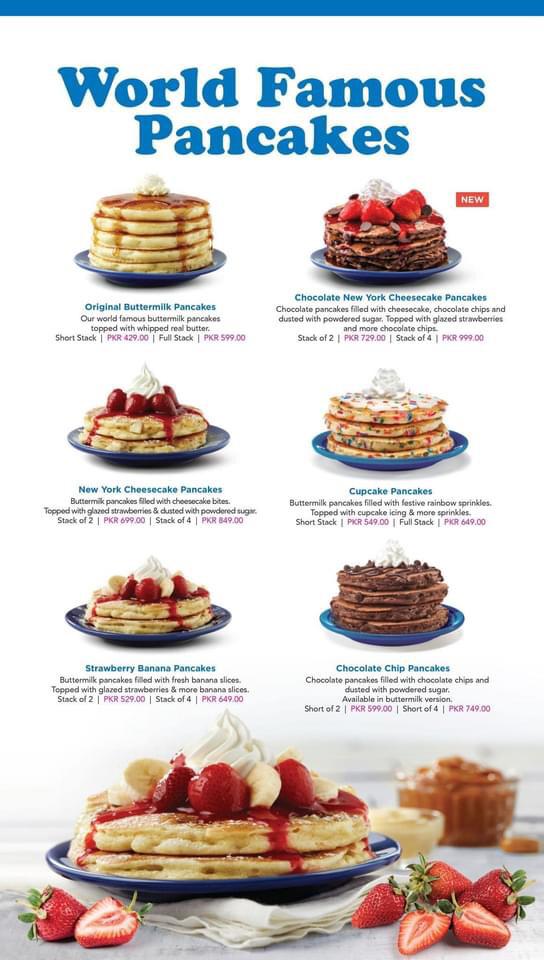