Here’s How to Reach Kartarpur:

The Kartarpur Corridor (کرتارپور راہدار‎) is a visa-free corridor which connects the Gurdwara Darbar Sahib in Pakistan to the Indian border. With this Kartarpur corridor, Sikh pilgrims with an Indian passport can easily visit both the Kartarpur shrine and Gurdwara Dera Baba Nanak on the Pakistani side of the border. 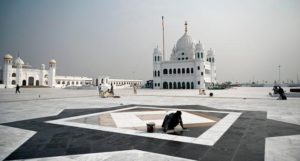 On 28th of November 2018, Government of Pakistan laid the foundation of the corridor and on 9th of November 2019, Prime Minister Imran Khan inaugurated the Kartarpur corridor. A ceremony was held in Gurdwara Darbar Sahib Complex, Kartarpur and approximately 12,000 people attended the ceremony. In the inaugurating ceremony of the corridor, Prime Minister Imran Khan said: “Pakistan believes that the road to the prosperity of the region and bright future of our coming generation lies in peace. Pakistan is not only opening the border but also their hearts for the Sikh community.” 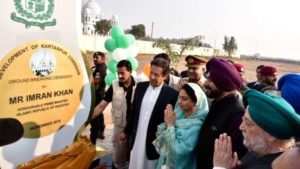 Importance of the Corridor

Before this corridor, the Sikh pilgrims from India had to take a bus to Lahore in order to reach Kartarpur. It is approximately a 125 kilometres trip. However, people from the Indian border could see the Gurdwara physically via an elevated platform on the Indian side. With the construction of this corridor, 5,000 pilgrims from India can visit Gurdwara without a visa on daily basis.

MOU Signing between Pakistan and India

Pakistan Foreign Office Director-General South Asia Mohammad Faisal and S.C.L. Das, Joint Secretary Union Home Ministry from India signed the MOU (memorandum of understanding). Under this agreement, each visitor would be allowed to enter Gurdwara Darbar Sahib in the morning but they had to leave Gurdwara in the evening. Also under this agreement, each visitor has to pay $20 as a service charge. 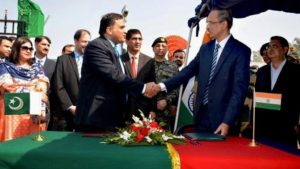 The government of Pakistan acquired over 400 acres of land for the construction of Kartarpur corridor complex. The expansion of the complex has made it 10 times larger than the original 4 acres. Now, the complex is built on 42 acres of land. Frontier Works Organization (FWO) constructed 4.7 kilometres long expressways which include an 800-metre long bridge over the Ravi River. To accommodate the pilgrims from different parts of the world, the government of Pakistan has also opened up an immigration office in the complex. 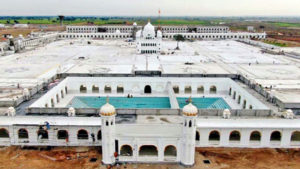 People from different cities of Pakistan can also visit Kartarpur and the route details from three main cities are as follows.

From Islamabad to Kartarpur

The distance from Islamabad to Kartarpur is 456 km and it takes approximately 6 hours to get there. How to get there? Easy! Follow the complete route details given below. 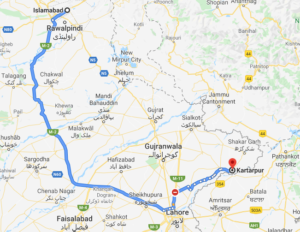 From Lahore to Kartarpur

The distance from Lahore to Kartarpur is 136 km and it takes less than 3 hours to reach Kartarpur. Just follow the route details given below. 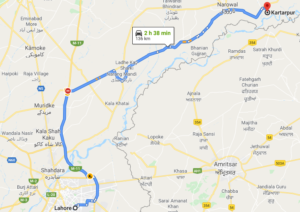 From Karachi to Kartarpur

People who are planning to visit Kartarpur from Karachi can also choose to fly if their budget allows. Otherwise, you can use the road route given below. 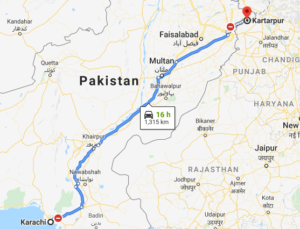 These are road routes for reaching Kartarpur from Islamabad, Lahore and Karachi. Due to various factors, the travelling time can vary. 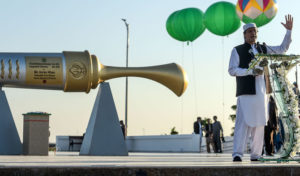 To sum up, Kartarpur corridor is a great initiative from the government of Pakistan. It will bring peace and prosperity in the region as well as give a boost to tourism in Pakistan. If this article is of any help then do let us know in the comments.