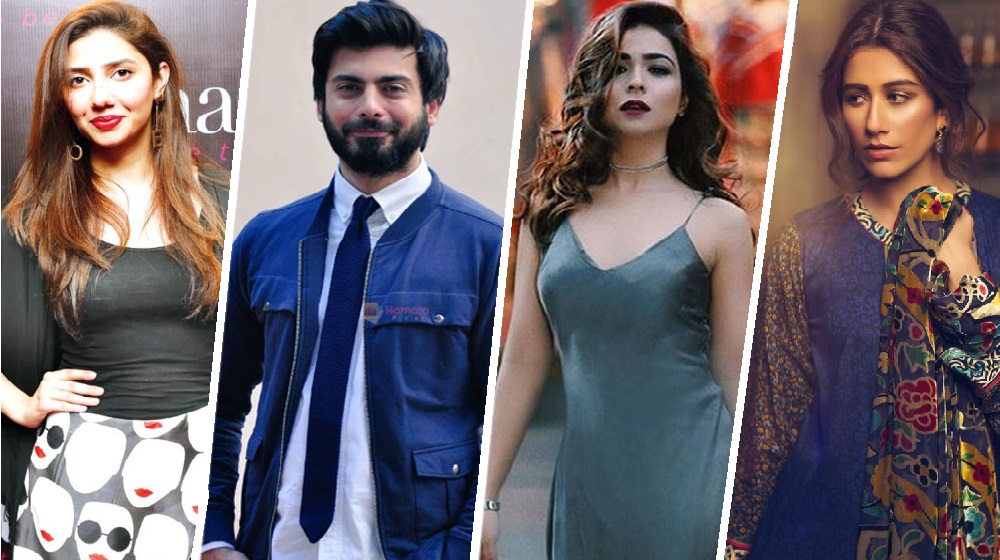 The world of showbiz may seem all glamorous, where everyone seems happy with each other. However, that is not always the case as most of these celebrities hate each other’s guts and have no interest in working together.

Even if the two stars have excellent chemistry together and are seen together in interviews, there is always some backstage drama going on between the two.

Let’s take a look at some of the popular Pakistani celebrities who hated working with each other.

These two starred in the hit film Parwaz Hai Junoon. While the movie was a success and the two worked brilliantly together, people noted some discomfort between the two, particularly in promotional interviews.

Anyone can tell that the two were not too close with each other. For instance, Hania used to refer to Ahad as ‘A’ throughout the interview.

In another interview, the two were joined by Hamza Ali Abbasi in promoting the film. Both Ahad and Hania tried their best to avoid interacting with each other. Hania’s reactions were hard to ignore. It is safe to say that these won’t be working together anytime soon.

Sanam and Ahsan are close friends but they do not enjoy working together.

The two once hosted a morning show together. Sanam described Ahsan as a very competitive person. She stated that he is a dear friend to her, but working with him was a difficult and not-so-enjoyable experience.

Ahsan Khan went onto invite Sanam to his show, where he clarified his behavior in a mature manner. These to managed to remain cool about their experience together and prevented it from turning controversial.

Zhlalay Sarhadi is an outspoken actress who always speaks her mind. In an interview with HSY, she talked about her experience working with Shabbir Jan.

According to the model/actress, Shabbir was often distant on set and didn’t even reply to her ‘salam’. However, Shabbir Jan managed to take her critique respectfully and changed his attitude towards her.

Zhalay has stated that they both have sorted out their issues and look forward to working with each other again.

A dream pairing for any drama fan, both Syra and Fawad are well-respected stars with a loyal fan following.

However, these two won’t be working together anytime soon as Syra clearly did not enjoy working with the Humsafar star. In an interview, she gave the whole experience 4 out of 10 without going into details.

Fawad, on the other hand, rarely gives interviews. So we do not know his side of the story and why these two talented individuals find it difficult to work together.

Two highly popular actresses of the showbiz industry, Mahira and Humaima simply do not like each other. The two have worked together in the super hit film Bol and are even part of the upcoming blockbuster The Legend of Maula Jatt.

There is clearly some rivalry or subtle feud between the two as both have not been nice about each other in interviews. For instance, Mahira outright said that if she had a choice of working with Mawra or Humaima, she will choose Mawra.

Humaima clearly has no interest in working with Mahira as well and even threw shade at the Humsafar star’s success. In her interview, she mockingly stated that if Mahira Khan ever went to prison, it would clearly be because of favoritism.

It is quite apparent that Humaima Malick believes Mahira has been given better opportunities compared to everyone else. There’s definitely some jealousy and hatred between the two.

Which two celebrities would you like to see become friends and work together again? Share your thoughts in the comments below.