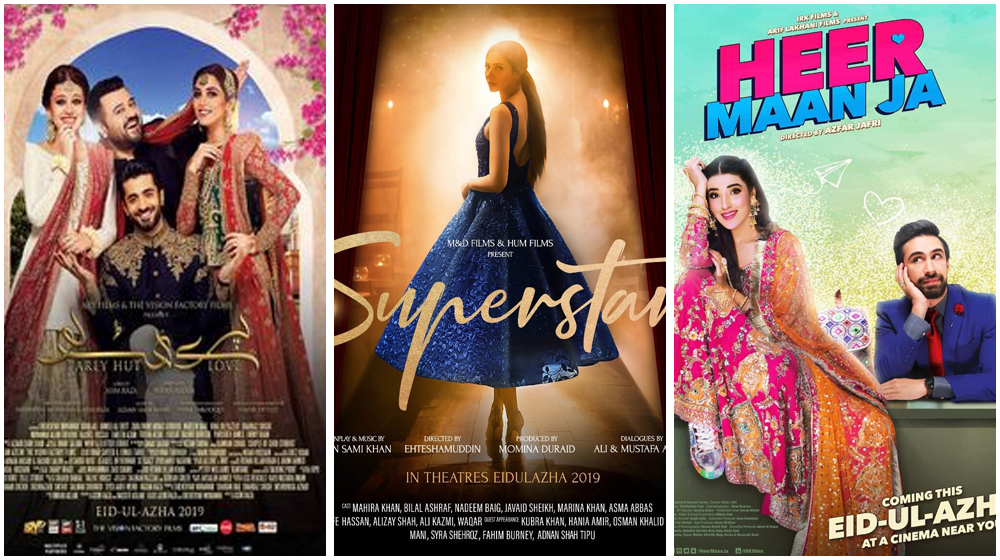 While we gear up to see many anticipated pending releases in theaters, Pakistani movies are also making their way to screenings in Dubai.

Word is that eleven Pakistani films will be screened at Pakistan Pavilion, Dubai Expo-2022. Federal Minister for Information and Broadcasting, Fawad Chaudhry, made the announcement in a tweet.

Apparently, screening of Pakistani movies has already begun and will last till February 26th.

So which Pakistani movies can we look forward to seeing at Dubai Expo-2022. According to the list Fawad Chaudry shared;

One of the highest-grossing Pakistani films of 2019, ‘Parey Hut Love’ will be screened on January 29th.

Another one of the highest-grossing films of 2019, Mahira Khan’s ‘Superstar’ will be screened on the 20th of February.

The 2018 film starring Ali Zafar and Maya Ali. This action-comedy will be screened on the 21st of January.

This IRK Films production was released back on Eid-ul-Azha in 2019. You’ll get to see Hareem Farooq and Ali Rahman Khan on-screen on February 12th.

This critically acclaimed film was released back on Eid-ul-Azha back in 2018. The Fahad Mustafa and Mehwish Hayat film will be screened on January 22nd.

Another Fahad Mustafa and Mehwish Hayat film, ‘Actor in Law’ is the highest grossing Pakistani film of 2016. Directed by Nabeel Qureshi and Fizza Ali Meerza this movie will be screened on January 30th.

This Eid-ul-Azha 2018 release is a military drama starring Hamza Ali Abbasi, Hania Aamir and Ahad Raza Mir. It will be screened on February 5th.

Another superhit from Eid-ul-Fitr 2019. This Wajahat Rauf directorial cast Mehwish Hayat, Azfar Rehman, Zara Noor Abbas, and Asad Siddiqui in lead roles. This movie will be screened on February 19th.

ALSO READ
‘The Lord of the Rings’ TV Series to Premier in September, 2022

This critically acclaimed 2017 film was Pakistan for submission for 90th Academy Awards in the category of ‘Best Foreign Language Film’. It will be the last film to be screened on February 26th.