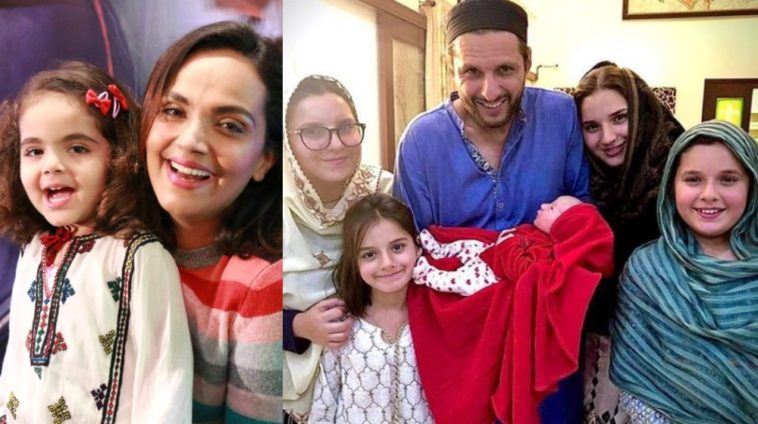 The meaning behind a name is thought to influence a child’s personality. That is why we opt for strong names for strong little girls. Soft traditionally feminine names are just as beautiful.

While what you name your child is entirely a personal affair, there’s no doubt celebrity choices do influence the public. So before we jump the bandwagon let’s take a look at celebrity baby girl names and their meaning.

As the New Year unfolds, I want to thank everyone who made a difference in my life, starting from my family, friends and you guys! All of you have been such a support to me and I feel so humbled to be able to share this space with you. Forever grateful for all the love that I have received in these years. Wishing you all a fabulous 2020 filled with love, laughter, success and prosperity. Stay Blessed! ? #forevergrateful #newyear #2020 #loveandlight #mehreensyed

This fashionista’s baby girl is named Anam. Anam is a name that originated in the subcontinent. The name means peace or comfort. We can’t say for sure whether that means this lady will live in peace and comfort or bring peace and comfort, but we like the sound of it all the same.

Syra Yusef and Shahroz Sabzwari’s daughter Nooreh has another beautiful name meaning radiant and sparkling. It is an Arabic name derived from the word Noor, whic means light.

We do not realize how names often mark the parents’ expectations towards their children. Perhaps this is an example of it?

Amal Muneeb is Growing Up So Fast [Pictures]

Oh I love you my Amaluuuu?

Muneeb Butt and Aiman Khan’s newborn is named Amal Muneeb. This little girl also has an Arabic name. Amal literally means hope or aspiration in the Arabic language. Of course, it has become a popular name nowadays.

The #perfect picture has a #Twitter frame! No matter how #grownup #AnshaAfridi gets, she'll always be her DaddysLittleGirl with her #Daddy's #carboncopy #smile! #BoomBoom #Afridi! #ShahidAfridiFoundation #SAFLondon ?✨?

The eldest of Shahid Afridi’s five beautiful daughters is named Ansha. Ansha is an Arabic word meaning initiated or begin. It fundamentally means she started, or she created. It is a very unique name and led many to turn it into a popular name trend.

Shahid Afridi named his second baby girl after one of the holiest mosques Al-Aqsa. The Arabic name means perfect in goodness and righteousness.

Within the blink of an eye they’re all grown up! Alhamdulillah. Celebrating the birthday of my third-born today. Life is about making memories, and cherishing moments with family is priceless. Happy Birthday, Ajwa. Love you to the moon and back ?

His third daughter Ajwa is named after the renowned date, planted by Prophet Muhammad (PBUH) in Saudi Arabia. The date is thought to have holistic properties. The literal meaning of this name is to be pure and free from all evils.

Celebrating Asmara’s 6th birthday today, MashaAllah. Daughters are a blessing from the Almighty. We should always take time out to celebrate small happinesses with our families & loved ones, and give thanks for all of the moments. Love you, Asmara!

Asmara’s literal meaning is a beautiful butterfly. This little girl is often seen photobombing her father’s posts. The name suits her as an energetic little girl.

The Almighty’s infinite blessings & mercy are upon me….already having been granted 4 wonderful daughters I have now been blessed with a 5th, Alhamdulillah. Sharing this good news with my well-wishers

The all-rounder named his fifth daughter based on suggestions from fans. This time he went with a traditional name Arwa. This Arabic word means ‘female ibex’, however, the name means graceful beauty.

“Almighty’s infinite blessings & mercy are upon me….already having been granted 4 wonderful daughters I have now been blessed with a 5th.”

Ayeza Khan and Danish Taimoor’s daughter is named Hoorain. The name Hoorain means beautiful eyes. It is also a unique name with an equally unique meaning.

In this festive season of giving…let’s truly give a part of ourselves, our time, exchange knowledge and wisdom, nurture our imaginations with those we love and whose lives we influence. Let’s truly educate and equip our young ones. . . . Merry Christmas to those who are celebrating!! ? . . . #Spreadhappiness #humanity #beinclusive #tolerance #ChristmasEve #read #storytelling #educate #girlseducation @page_pakistan

Aamina Sheikh and Mohib Mirza named their daughter Meissa. This is a very unique name. It’s actually the name of a star in the constellation of Orion. It means the shining one.

Nida Yasir and Yasir Nawaz’s daughter Silah stunned everyone with how fast she’s grown. Her name literal meaning is arms, armor, or weapons. The name actually refers to someone who can stand up for themselves.

Our kids are better and much better version of us. #ShaistaLodhi #ourkidsarethefuture

Dr. Shaista Lodhi’s daughter Eman has a name that’s quite popular in Pakistan. It is the Arabic name for faith.

To my little girl who’s turning 12 and is wiser and more adorable than ever: Dear Daniya Janiya, every year I write a note on your birthday but this year is more special because of the extraordinary ways in which you’ve grown in such a short span of time. Your heart was always kind; I notice and feel it more than ever. Why? Because your dadijaan was as compassionate and caring as you are. I see glimpses of her in you, and what a wonderful feeling it is to be reminded of one’s own mother – her gentle touch – in one’s child. My heart melts when I come back home after a long day and you rush to give me a hug. Every day. Every night. The cutest is when you help me remove my shoes. It is cute because it is so old-fashioned, and yet so innocent. I’m so proud of you Daniya. Happy birthday my darling. Yours, Abba jaan. PS: When I say she’s very caring, this picture is a small example: she gifted me a bottle of tiger balm along with some other presents on my birthday because I get a lot of headaches and use the balm.. . . . #adnansiddiqui #actor #daughter #special #birthday #caring #note #thoughtful #birthdaygirl #daddsprincess #presents #chocolates #card #balm #mybabygirl #beautiful #gorgeous #compassionate #daniyajaniya #happybirthday #happy12

The Ye Dil Mera actor named his daughter Daniya. This name also originated from Arabic. It means kind-hearted, the one who draws closer. 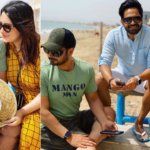 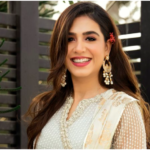