Recently the Sindh Assembly was informed that as many as over 630 cases of dog-bites have been reported on average every day. That figure comes down to 26 individuals bitten by dogs with every passing hour.

Following this disclosure, both the opposition and treasury benches decided to fight instead of coming up with solutions to this doggone problem.

The PPP government rejected the allegations hurled against them by the opposition, while they accused the provincial authorities of sitting idly by like cats.

Dog bites are a serious issue

The PTI, which formed the opposition, even brought in photos of kids mauled by dogs. In return the PPP MPAs retaliated by calling Fridous Shamim Naqvi, the opposition leader, a liar.

It was Naqvi who raised the issue about dog bites, telling the government that staying silent won’t help. He refered to a horrible incident in Larkana where six stray dogs hurt a minor boy. The boy was shifted to a hospital in Karachi, without any help of the Sindh government.

“The boy was attacked by dogs, but unfortunately, he did not receive first-aid or treatment from the local health authorities.”

“It looks like the government does not exist. Where are the anti-rabies vaccines and what efforts you have made to deal with the issue?”

What do you think about this rising spate of dog-bites in Sindh? 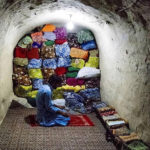 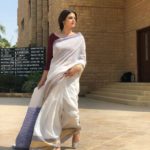